For about a year around 1631, the King James Bible endorsed adultery

For long months after the King James Bible was reprinted in London in 1631, adultery was not only not prohibited but expressly encouraged for Christians who read that revised version.

Turns out, in commandment No. 7 of the Ten Commandments in Exodus 20:14, compositors had inadvertently omitted the word “not.”

So, in the published revised edition, the seventh commandment read: “Thou shalt commit adultery.” (italics mine)

Most likely it was a proofreading error, not necessarily a changed command of God (unless He caused the error, for reasons only He could divine).

Still, the mistake so royally infuriated then-King Charles I and George Abbot, the Archbishop of Canterbury, that the crown’s official London printers, Robert Barker and Martin Lucas, were fined a whopping 300 pounds sterling ($63,680 in 2018 values) and had their printing license revoked.

From that day forth, that misprinted edition of the “Good Book” has been informally and variously known as the “Wicked Bible,” “Adulterous Bible” or “Sinners’ Bible.”

The offending passage is confirmed on Page 40 of a very quaint-sounding 1987 book titled Press Freedoms: A Descriptive Calendar of Concepts, Interpretations, Events, and Courts Actions, from 4000 B.C. to the Present.

About 1,000 copies of the accidentally depraved tome were printed before the error was outed, but authorities were able to burn most of them and cancel any outstanding orders. But a few bogus copies tenaciously remained in circulation and centuries later became very valuable collectors’ items. One copy reported sold for just under $100,000 in 2015, and other still extant copies are on display in various public venues such as New York Public Library, the Dunham Bible Museum in Houston, Texas, and the British Library in London.

For the 400th anniversary of the King James Version (KJV) of the bible in 2011, a copy of the adulterous reprint was displayed at a special Cambridge University Library exhibition in England.

In 2015, the British auction house Bonhams auctioned one copy of the errata bible and estimated some 10 other copies of the “infamous and extremely scarce” text were still in global circulation. Interestingly, Bonhams also said it had been suggested that the KJV misprint was not an error but sabotage, “possibly perpetrated by Barker’s rival Bonham Norton, to politically embarrass Barker,” according to a report in the Guardian newspaper. Norton was a competitor for royal printing jobs.

The KJV errata is not the only but perhaps the best known of text errors that flipped meaning in various bible editions over centuries, of which the omission of the word “not” is the most common mistake. In fact, the inadvertent absence of the negative in holy and unholy texts was apparently so common that even the Associated Press newswire service, until 2004, recommended using the term “innocent” instead of “not guilty” in reports about legal acquittals, to avoid a dropped “not.”

Adding some credence to the speculation that the missing “not” in the infamous KJV edition was sabotage and not an honest mistake is another epic error in that edition’s book of Deuteronomy, according to a 2017 Washington Post story. In chapter 5, verse 24, a passage that should have glorified God’s “greatnesse” instead referenced his “great-asse.” Which, of course, should not be debatable in an omni-perfect being but still seems a little gauche in the real world. The full erroneous passage read:

“And ye said, Behold, the LORD our God hath shewed us his glory and his great-asse, and we have heard his voice out of the midst of the fire: we have seen this day that God doth talk with man, and he liveth.”

“If it had just been one mistake, like leaving off the ‘not’ in Exodus 20:14, it could have been an accident,” she told the Post. “But the mistake in Deuteronomy 5:24 of God’s ‘great-asse,’ instead of greatness, suggests there was something else going on.”

There was no happy ending to the KJV’s dropped-“not” fiasco, except for the profits earned by rare-book sellers and auction houses. Robert Barker, the disgraced printer of the infamous botched reprint, ultimately died in debtor’s prison. 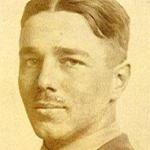 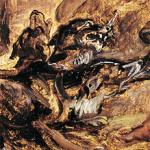 June 1, 2019 Greek mythology reimagined: 'Look, Spot, look, here comes Hercules!'
Recent Comments
0 | Leave a Comment
"One problem with all this is that because Barr’s base religio-political assumption, as doesn’t his ..."
Jim Jones Fortunately, lots of people think what ..."
"Homeopathy is just water. Homeopaths acknowledge this. They just think the water “remembers” what was ..."
Matt G What cures existential angst? Maybe beer, ..."
""The ninth of the 10 commandments — “You shall not give false testimony against your ..."
C_Alan_Nault Evangelicals try to sneak ‘Endowed by ..."
"Not everyone wants separation of church and state in school. Some want church embedded in ..."
John Malintone Evangelicals try to sneak ‘Endowed by ..."
Browse Our Archives
Follow Us!