Thomas Jefferson was a man of reason, not faith. Repeat.

Thomas Jefferson was a man of reason, not faith. Repeat. June 17, 2019 Rick Snedeker

When secular people, like myself, hear people going on about how America is a “Christian nation,” we bristle because it’s manifestly untrue, a self-serving myth of the Christian Right.

Indeed, most of the key Founding Fathers, such as Thomas Jefferson, John Adams, Benjamin Franklin, James Madison and Thomas Paine, were Enlightenment men passionately devoted to the empirical realities of science and reason, not religious men in thrall to divinities.

Some were overtly hostile to religion, and all were dead set against any specific religion, most particularly Christianity, acquiring any authority over government. Paine, most notably, was virulently opposed to Christianity (read his book The Age of Reason, if you doubt this). In a letter to William Duane in 1806, he wrote:

“As to the book called the Bible, it is blasphemy to call it the Word of God. It is a book of lies and contradictions, and a history of bad times and bad men. There are but a few good characters in the whole book.”

In this tenor, I offer embedded in this post a 2015 video by progressive political commentator Thomas Hartmann, who puts into appropriate context this Thomas Jefferson quote below inscribed in the dome of the third president’s memorial in Washington, D.C.:

“I have sworn upon the altar of God eternal hostility against every form of tyranny over the mind of man.”

The particular tyranny to which Jefferson was alluding in this quote was Christianity. And the God he evoked was not the personal divinity of Christianity but the remote, hands-off, mindless-of-humanity deity of Deism.

It’s always important to reiterate that what the Founding Fathers were all about was creating a nation under, not God, but the rational governance of reason.

To say otherwise is to, at best, delude oneself; at worst, to lie.

Keep in mind that Jefferson compiled his own personal Bible — one in which all supernatural references were excised. 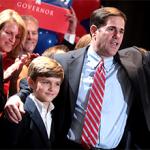 June 16, 2019
What is it with American governors promoting Christianity?
Next Post 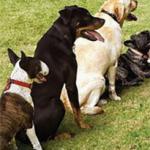