Good news for the American republic: George Will is an atheist.

Surprisingly, veteran political commentator George F. Will, a famously cranky old-style conservative, has written a book that should give much aid and comfort to progressive secularists fearful of the future.

The book — The Conservative Sensibility (2019) — is a kind of contrarian take on modern conservatism, harking back to the political and social ideals at America’s founding, and promoting a strange kind of atheism that admires the fruits of faith.

In his New York Times review of the book, Andrew Sullivan stresses the curiousness of Will’s unique mish-mash of conservatism.

“Conservatism for Will is the defense of an a priori truth asserted as ‘self-evident’ by the founding fathers: that all men are created equal, and each has a ‘natural right’ to do as he pleases with himself and his own property, and any government is tasked purely for the maintenance of such freedom.”

(In the 2012 video above, Will is interviewed about his religious and political views by R. Marie Griffith, then the John C. Danforth Distinguished Professor in the Humanities at Washington University in St. Louis, Missouri.)

Sullivan writes that the conservative sensibilities of Will and other traditional Republicans (not Trump “Republicans,” who value domination over moral clarity) stems “from a profound sense of loss: in Will’s case, of the founders’ revolutionary vision of limited government, separation of powers, maximal federalism and inviolable individual freedom.”

In Will’s case, it is also a conservatism that views religion as social tool, a means to help people control their demons and embrace their better angels, not as an absolute, divine truth to be worshipped.

“But his favorite Christian is surely along the lines of Washington himself: a man who refused to kneel to pray, who left services before Communion and at whose deathbed, ‘no ministers were present and no prayers were uttered,’” Sullivan writes.

“He believes in no God, describing himself, with acuity, as ‘an amiable, low-voltage atheist’ and, in an absorbing chapter on religion, makes the case that ‘not only can conservatives be thoroughly secular, but that a secular understanding of cosmology and of humanity’s place in the cosmos accords with a distinctively conservative sensibility.’”

How reassuring is that in the current hyper-evangelical moment in American politics, as true believers relentlessly try to embed elements of their faith in the body politic, aiming to ultimately transform the secular republic into a Christian theocracy.

Will has a very unconservative view of faith (most American conservatives are Christian, many fundamentalist). In a 2014 interview with the American news outlet The Daily Caller, as reported by Newsmax, Will described his spiritual leanings, such as they are, thusly:

“I am not religious at all. … [but] I deeply respect religions and religious people. The great religions reflect something constant and noble in the human character, defensible and admirable yearnings. I am just not persuaded. That’s all.”

As much as I admire Will’s wide-ranging intellect, if not the hidebound elements of his conservatism, I find his atheism a bit conflicted. It seems too uncritical for him to blithely accept that the “yearnings” of faith are “noble … defensible and admirable,” when they could also just be random instinctual emanations from human DNA that instead reflect some practical but unrelated ancient trait by now long obsolete yet still hanging around.

That is the sensibility of conservatism that annoys: a sense that what is old is better, and that instinct — e.g., faith, racism, rage, fear — are always more significant and necessary than newfangled rational concepts (like the idea that homosexuality is a natural inclination along the wide human spectrum of sexuality and not a perversion of nature, or socialism-like systems that might promise greater equality and improved human contentment than unbridled capitalism).

Nonetheless, I am heartened that Will includes himself among the demographic of “Nones,” Americans like myself who affiliate with no particular religion but march to the quasi-spiritual beat of their own drummers, if at all.

Atheists can be good citizens

Importantly, according to the Newsmax article, Will “has argued before that he does not believe a person’s faith is a prerequisite to be a good citizen. A democracy does not require its citizens to be religious, he believes.”

That is an important stepping-stone idea to crafting a more secular republic and jettisoning religious presence and influence in government bodies and practices.

Will’s “amiable” atheism implies that other old-style conservatives like himself may be waiting in the wings to join secular progressives in perhaps one day completely separating church and state in American politics. According to the Times’ Sullivan, Will also “holds that the Constitution’s demands do require interpretation as culture and mores change.”

As the army of “Nones” burgeons — it now comprise about a quarter of the population — the impetus will presumably also grow to re-interpret the Constitution along more secular lines. 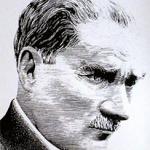 June 4, 2019
As religion creeps back into Turkish government, so it does in U.S.
Next Post 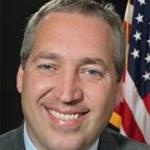 June 6, 2019 Tennessee DA sees government as a weapon to enforce God’s will
Recent Comments
0 | Leave a Comment
Browse Our Archives
Follow Us!