‘Leaving the Witness’: Yet another ex-believer’s painful tale

People who leave their faiths often tell similar stories of excruciating rejection and shunning even by friends and family — and of a kind of secular epiphany about the heretofore unnoticed beauty of real life.

When skeptical believers express religious doubt within their communities of faith, they discover what now-former Jehovah’s Witnesses adherent Amber Scorah discovered: the doubter becomes a pariah, an outcast.

“It’s a very dangerous thing to admit that you have doubts about the faith, because in our religion that’s basically the worst sin you can commit,” she told CBC Radio in an interview this month.

Scorah, whose new memoir, Leaving the Witness: Exiting a Religion and Finding a Life (2019), published this month, described the genesis of her deconversion in the interview. It began when she and her husband were reading an article in a Jehovah’s Witness publication about a new fad among JW faithful to learn Hebrew and Greek to study the Bible in its most original languages.

“[That] seemed like a really good idea to me … because I thought, like, what would we be afraid of?” she said.

But she said the article went on to condemn the fad, contending “that the only place that we should be getting our understanding from was from was from what we called the governing body, who are essentially leaders of the Jehovah’s Witnesses.”

As she recalled, Scorah suddenly exclaimed to her husband, “Is this some kind of cult or something?”

It began in China

As a JW missionary in Shanghai, China, she developed and hosted the podcast Dear Amber: The Insider’s Guide to Everything China, and while moderating the site’s online forum she started corresponding with a man whose username was Taipan (his real name was Jonathan).

As their interactions became more frequent and deep, often touching on her faith, Scorah said Jonathan began to educate her about Jehovah’s Witnesses dogma “outside the framework of what I was allowed to read — which was our own organization’s publications,” she told NPR.

These conversations served to heighten her already growing doubts. For example:

“I realized that some of the [JW doctrines] sounded kind of crazy,” Scorah said. “And also, I started to feel a little arrogant, because these [Chinese] people had thousands of years of cultural history and wisdom, and here I was with my 100-or-so-year-old religion telling them to just throw that all away for this.”

As she slowly pulled away from her faith community, Scorah was formally shunned by her church but not “defellowshipped,” which requires that “other members of the congregation will no longer speak to them, or even acknowledge them if they pass them on the street.” But she quickly started drifting away from her religious group.

Eventually, Scorah divorced her husband and moved to New York City to “basically start a new life,” which she said left her feeling emotionally unmoored.

“I just didn’t feel like I belonged anywhere. I didn’t know how to live in the real world because I had been taught that that world was scary,” she told CBC Radio.

It was “a long, lonely and difficult process” to reconfigure her existence, she said, to make new friends one at a time, because she was shy and wary both by nature and upbringing. Eventually she found work as a writer and editor before penning her memoir.

Tragedy struck soon after she moved to New York, where, after falling in love, she delivered a baby boy. But on the first day of day care, the boy, then 3 months old, suddenly died. In struggling with grief and devastation after the traumatic event, Scorah said she realized that love and the support of caring people is the “way through these kinds of things without religion. … that’s what brought meaning to life again for me.”

She and her partner now have a 3-year-old daughter.

These poignant, difficult stories are legion among deconverted fundamentalists, who, often with education (which is often devalued by religious sects) for the first time are able to behold the broad possibilities and joys of life in the real world, a world no longer obscured by holy smoke.

For more on Amber Scorah’s journey away from faith, you might check out this watchable The Daily Show With Trevor Noah interview with Scorah. I have posted two previous articles on other deconversions, including a former Westbro Baptist Church member, and Bart Ehrman, a top religious historian and former pastor who is now an atheist. Another excellent memoir on leaving faith is the bestseller Educated: A Memoir by Tara Westover.

All of these stories reveal to me that the comforts of faith often come with coercive threats and always are attended by irrational fantasies. 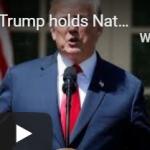 June 9, 2019
Our National Day of Prayer is an American travesty
Next Post 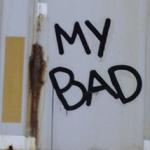