Religious norms blocked me from a Saudi pool. Happens here, too.

When my wife and I were living and working in Saudi Arabia in the 2000s, I was once turned away from the public swimming pool across from our house because I was not with my wife that day — and the Saudi guards at the pool assumed I just wanted entry not to swim but to ogle women and girls inside who were wearing skimpy swimsuits.

As annoying as it was to be denied entry because of the millennia-old attitudes of Saudi men about “mixing” of the sexes, as they refer to it, I accepted that it was just a cultural thing in a virtually all-Muslim country whose very laws directly follow the overly chaste commands in Islam’s holy book, the Quran.

Then, to my surprise, I saw much the same thing in America, if more scattered, when I returned just after the end of the decade.

The latest example is a curious court case involving Orthodox Jewish residents of a condominium complex in Lakewood, New Jersey.

The complex, A Country Place, maintained a schedule of mostly gender-segregated hours for swimming at its public pool, and three condominium owners filed suit in 2016 after being fined $50 by the condo-owners association for swimming at unallowed times.

Nearly two-thirds of the condo complex’s residents were Orthodox Jews by 2016, and the association ratified its gender-segregated swimming policy to accommodate the religious sensibilities of those residents.

“This was done to accommodate the Orthodox principle of “tznius,” or modesty, according to which it is improper for men and women to see each other in a state of undress—including bathing attire,” according to a later appeals court document. “This principle—according to Fagye Engleman, the [condominium] Association’s representative in this litigation—means that the Orthodox residents cannot comfortably swim at a time when members of the opposite sex might be present at the pool.”

Ironically, this sexual prudishness exhibited by fundamentalist Jews is what blocked my entry into a pool administered by orthodox Muslims in Dhahran, Saudi Arabia, last decade.

Surprisingly (in my view), the U.S. District Court of New Jersey initially sided with the condo association, granting a summary judgment in its favor because “the gender segregated schedule applies to men and women equally.”

Except it doesn’t, as, on closer inspection, the U.S. Court of Appeals for the Third Circuit discovered — and on April 22 this year reversed the lower court’s decision on the basis of gender discrimination in fair housing practices.

The appeals court found that the association’s swimming policy was unequally based on religious and patriarchal male assumptions about gender roles, believing arbitrarily that women wouldn’t need to use the pool in the evening hours because they would be busy taking care of children. The policy allowed women less than four hours of pool time after 5 p.m. weeknights, but men had 16 hours reserved during the same time periods, according to an Asbury Park Press report noted in Church & State, the Americans United for Separation of Church and State magazine.

Also, less than a third of pool hours were scheduled for non-Orthodox men and women to swim together.

In it’s ruling, the appeals court explained that “[w]omen with regular-hour jobs thus have little access to the pool during the work week, and the schedule appears to reflect particular assumptions about the roles of men and women.”

“Today’s ruling is a victory for gender equality,” said Sandra Park, senior staff attorney for the Women’s Right Project of the American Civil Liberties Union, in applauding the ruling. “The association’s pool policy not only impermissibly segregated swimming time by gender but it doubled down on that discrimination by allotting swimming hours based on stereotypes about the roles men and women play in the home and the workplace. This type of discrimination has no place in housing or anywhere else.”

Certainly, this condo pool policy is an obsolete artifact of ancient male notions of gender superiority and authority, which, unfortunately, remain with us today in many religious communities, as this case reveals.

The Curto v. A Country Place Condominium Association, Inc. case is yet another reflection of how religion relentlessly seeks to embed itself in the American public square, to disadvantage human rights at the expense of private religious assumptions.

We Americans shouldn’t get too smug when the denial of a human right in a fundamentalist theocracy like Saudi Arabia also happens here.

Just as we are all one crisis away from homelessness, as the meme goes, we are also one lost right closer to a theocracy. 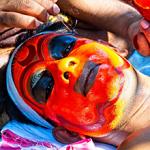 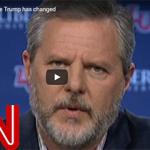