Devil not in details of ‘Satanist’ invocation dispute in Alaska

Reactionary as it may seem, America is still deep in the clutches of the Middle Ages when it comes to religion, and ignorance is at the heart of it.

Evidence of this was the ill-informed, aversive reaction to an opening invocation — by a long-avowed atheist — delivered June 18 at the Kenai Peninsula Borough Assembly meeting in Alaska.

The Peninsula Clarion newspaper reported that the invocation by a religious nonbeliever prompted “walkouts from about a dozen attendees and borough officials [including assembly chief of staff James Baisden and Mayor Charlie Pierce], and a protest outside the building.” Approximately 40 people protested in the street, some holding signs that read “reject Satan and his works” and “know Jesus and his love.” The Anchorage Daily News reported that some borough staff officials either “sat down” or “stood with hands on hips” in defiance during the presentation.

A petition had earlier been initiated against the atheist invocation on the website Return to Order, which operates under the umbrella of the Catholic-run American Society for the Defense of Tradition, Family and Property.

The ‘exactly same thing’ as Christians do

In a post on his The Friendly Atheist blog June 19, Hemant Mehta fairly noted that the petition “suggested that it was appalling for the government to allow a Satanist to do the exactly same thing Christians are allowed to do.” (italics his)

The cheeky “Satanist” conceit appears to be what gave the blowback its medieval edge.

Iris Fontana, the woman who delivered Tuesday’s nonreligious “prayer” before the council, is a longtime member of the so-called Satanic Temple, which, in fact, is anything but, although protesters didn’t seem aware of that fact.

The organization is actually a thoroughly anti-supernatural, somewhat tongue-in-cheek entity whose purpose is to oppose irrationality and religious tyranny in society. Here’s the group’s mission statement in full:

“The mission of The Satanic Temple is to encourage benevolence and empathy among all people, reject tyrannical authority, advocate practical common sense and justice, and be directed by the human conscience to undertake noble pursuits guided by the individual will. Politically aware, Civic-minded Satanists and allies in The Satanic Temple have publicly opposed The Westboro Baptist Church, advocated on behalf of children in public school to abolish corporal punishment, applied for equal representation where religious monuments are placed on public property, provided religious exemption and legal protection against laws that unscientifically restrict women’s reproductive autonomy, exposed fraudulent harmful pseudo-scientific practitioners and claims in mental health care, and applied to hold clubs alongside other religious after school clubs in schools besieged by proselytizing organizations.”

Turns out, the Satanic Temple is about as satanic as Teletubbies.

The wages of ignorance

Yet, people viscerally opposed to the borough assembly allowing an atheist invocation seemed to have zero idea otherwise, or, mistakenly, to view it as an act of predatory political theater not free religious — or, in this case, irreligious — expression. As if such political theater isn’t as American as apple pie.

Here is the text of Fantana’s entire, very short, invocation to the borough assembly (video of the presentation is below, but Fatana is out of camera view):

“Hello everyone, thank you for having me. Let us stand now, unbowed and unfettered by arcane doctrines, born of fearful minds in darkened times. Let us embrace the Luciferian impulse to eat of the tree of knowledge and dissipate our blissful and comforting delusions of old. Let us demand that individuals be judged for their concrete actions, not their fealty to arbitrary social norms and illusory categorizations. Let us reason our solutions with agnosticism in all things, holding fast only to that which is demonstrably true. Let us stand firm against any and all arbitrary authority that threatens the personal sovereignty of all or one. That which will not bend must break and that which can be destroyed by truth should never be spared its demise. It is done. Hail Satan. Thank you.”

Not exactly an ode to the underworld or a clarion call for immorality and debauchery.

It’s an ode to humanism and secularism.

And it’s not the first such invocation she has delivered to the group. She also presented one in 2016, when, as Mehta reported in his post Tuesday:

“… almost immediately afterwards, the policy changed. Speakers would only be drawn from an “Assembly-approved religious association”… which effectively shut out minority groups who couldn’t afford a building or who primarily exist online — Satanists, atheists, and the like.”

Long story short, the Alaska Superior Court ruled in October 2018 that the assembly policy must include opportunity for people of any faith to deliver invocations, and the assembly revised its policy, allowing representatives of any group access to speak. According to Mehta, invocation applicants for the 2019 calendar include a “non-believer,” a Baha’i, a Wiccan, a Pastafarian, and (once again) Fontana.” One — the Pastafarians — is as tongue-in-cheek as the Satanic Temple.

But, as many Americans’ blood pressure irrationally soars whenever they hear the term “socialism,” the same is apparently true of “Satanism,” even if when its use is mostly metaphorical.

This knee-jerk bigotry born of ignorance is amply evident in the text of the petition circulated against Fontana presentation, which read in part:

“How could a public institution which is meant to uphold the common good allow a representative of Satanic principles? Are immorality, corruption, and vice what we expect our public officials to promote?”

“I appreciate what the Assembly President’s doing with the prayer issue and trying to be fair, but I find it ironic that the prayer from the atheist wasn’t really about doing good and making good decisions. It was a political statement. And he was here tonight, filming the lady that gave the invocation and obviously she was doing it for a political statement and with him filming it, it’s kind of irritating that that’s what we’ve got here and I think that if a pastor had been here doing the same kind of political statements on something, we wouldn’t have been letting them back here, but that just my two cents.”

Except that religious freedom, including views of the nonreligious, is inherently a “political” issue. What better place to engage this constitutional dispute about religion than at a meeting of elected public officials doing the people’s business?

But the most essential take-away here is that people need to understand exactly what they’re protesting against before popping off.

That’s what critical thinking is all about: getting your facts straight before acting, unlike religious zealots in the Middle Ages. The issue here is religious and irreligious freedom, not Satan — and the primacy of empirical knowledge, not bias and fantasy. 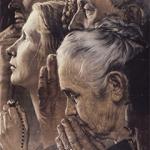 June 19, 2019
Appeals court: Congress can discriminate against atheists
Next Post 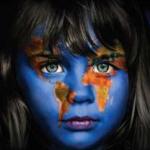 Nonreligious
While virus burns Americans, Trump fiddles with ‘the...
Godzooks: The Faith in Facts Blog
TRENDING AT PATHEOS Nonreligious