When elementary through high school students in my state, South Dakota, return to classes after summer vacation late next month, they will have a devil of a time avoiding the phrase “In God We Trust.”

The state Legislature passed a new law last year requiring that the phrase be “prominently” displayed in all state schools. Although the phrase is inherently religious—any term referencing a divinity is unavoidably religious—some U.S. courts have arbitrarily decided that the slogan is actually “ceremonial” and not religious by virtue of its long and public use in America. However, it only became the national motto in 1956.

A 1979 circuit court ruling in Madalyn Murray O’Hair vs W. Michael Blumenthal held that the “primary purpose of the slogan was secular,” although Christian Right evangelicals who are spreading it in the public square are surely not viewing it that way. The Supreme Court declined to review the case, thus upholding the lower court decision.

South Dakota Legislators, with the support of Gov. Kristi Noem, a dedicated Christian evangelist who has publicly prayed in the U.S. Capitol, have seconded the court’s moot rationale.

The Freedom From Religion Foundation (FFRF) of Madison, Wisconsin, which previously legally challenged the phrase’s inclusion on American currency (rejected in a June 11 decision by the U.S. Supreme Court, upholding an earlier court ruling), has called on its South Dakota members to publicly oppose execution of the school signage law.

“Our position is that’s it’s a terrible violation of freedom of conscience to inflict a godly message on a captive audience of school children,” FFRF’s co-president Annie Lauri Gaylor told the Associated Press this week.

Another critical question is how does this new law square with religious freedom and noncoercion protections for atheists and others nonreligious students authorized by the U.S. Constitution?

Because our governments ostensibly speak for everyone, the new, government-mandated appearance of the phrase throughout South Dakota schools manifestly but falsely implies that all South Dakotans believe an omnipotent divine being exists who requires our trust—and that all the state’s citizens accept the absolute authority of this being.

That’s simply not true, starting with me.

But the growing government-required display of this phrase in schools around the country didn’t happen by accident, or because legislators suddenly decided that it was not a religious but “patriotic” phrase that students needed to constantly gaze upon. It’s the result of a massive nativist, Christian Right-orchestrated campaign by the virulently evangelistic Project Blitz organization.

“As part of their larger effort to promote the false narrative that America was founded as a Christian nation, Christian nationalists have sought to require the display of religious materials in public schools.

“One of the most successful examples of these efforts is the push to pass state laws requiring that public schools display the national motto (In God We Trust).

“These bills undermine students’ freedom of religion by inserting one particular religious view into the classroom.”

The campaign has already succeeded in legislatures in seven states—Arkansas, Louisiana, Mississippi, Tennessee, Utah and Virginia—passing laws mandated the prominent posting of the display throughout all schools, including in classrooms. Several other states formally encourage schools to display the motto to make sure students routinely see it.

‘Under God’ can’t be ‘expunged’

In a Godzooks blog article I posted last October, I wrote:

In 2015, New Jersey Superior Court Judge David F. Bauman dismissed a case against the Matawan-Aberdeen Regional School District that claimed use of the “In God We Trust” promoted religion and created a “climate of discrimination” against nonbelievers as “second-class citizens” in district schools. In his decision, Judge Bauman argued:

“As a matter of historical tradition, the words ‘under God’ can no more be expunged from the national consciousness than the words ‘In God We Trust’ from every coin in the land, than the words ‘so help me God’ from every presidential oath since 1789, or than the prayer that has opened every congressional session of legislative business since 1787.”

The upshot of the South Dakota law is that starting next month when classes resume in the state’s 149 school districts, “In God We Trust”—in displays “at least” a foot high—will assault them multiple times each day as they walk down hallways and sit in classrooms.

Part of the law accommodating this is language promising that the state will fund any school district’s defense against any legal challenge. This is an aggressive, coercive law.

Keep in mind that although this phrase is now officially the U.S. national motto, it does not have a long historical pedigree. It was first adopted by the U.S. Congress in the 1860s to inscribe on some forms of currency during a period of increased religiosity during the Civil War. It was later made the official U.S. motto in 1956 by Congress during the fearful “Red Scare” period regarding “godless” Communist encroachment, according to the U.S. Treasury Department. The phrase, on coinage since 1864, began appearing on paper money in 1957.

Even students aren’t all on board with plastering their schools with this motto.

In May of this year, a group of students named WISE (Working to Initiate Societal Equality) protested at Rapid City (South Dakota) Stevens High school, contending that the motto “appears to favor Christianity over other religions,” the Rapid City Journal reported. WISE suggested different versions of the message identifying other entities, such as Buddha, Yahweh, Allah, science and “the spirits.”

“I think that’s a really foundational element of American society, is that we are a cultural melting pot and it is really important that we make all people who come to America to feel welcome and to be more in accordance with the First Amendment, since we all have the freedom of religion,” WISE member Abigail Ryan told KOTA-TV.

Indeed, the new signs only explicitly welcome students who believe in the Christian conception of “God.”

(Watch this video, here, to get a sense of how conservative Christians miss the point regarding a similar but voluntary bill in Minnesota.) 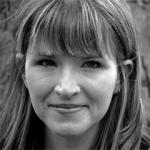 July 26, 2019
‘Educated’: A wrenching tale of the void homeschooling can inflict
Next Post 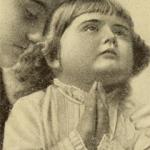 July 28, 2019 Mr. Noah built an ark, E-I-E-I-O! With a church church here …
Recent Comments
0 | Leave a Comment
"Human sacrifice has been around the world for millennia, so that is nothing new. Even ..."
Traveller 15th-century Peruvian child massacre a horrible ..."
"Jesus is the 1st century "Slender Man"."
Jim Jones In new book, scholar contends Jesus ..."
"You can always find a bible verse to support whatever evil you please.His "clean slate" ..."
Sophotroph Pew: U.S. evangelicals just don’t care ..."
"Oh indeed. But he never pushed his religion on children."
Jim Jones The Jehovah’s Witnesses church lady, and ..."
Browse Our Archives
Follow Us!