This video illustrates the kind of thing that sets secularists’ teeth on edge.

A retweet of a video by The Caring Atheist Twitter site on Atheist Roll Call sets the stage with this comment:

“Irritated passengers fire back at an American Christian preacher on a subway in Sydney, Australia, after he orders a packed train to repent for their sins. Commuters suddenly began cheering when a man told the preacher to shut up. This is great stuff!!!”

In the video, subway riders are having none of it when the young evangelist begins spouting apocalyptic, anti-abortion dogma. When an elderly Aussie yells at the fire-and-brimstone guy to “shut up, please,” the preacher replies, “And you wonder why the world is the way that it is.”

Things went downhill from there.

An organization identified as Torch of Christ Ministries (TCM) is the distributor of the video and others like it. In a tweet after this exchange, TCM stated:

“Anti-abortion preaching triggers fierce backlash on train in Sydney, NSW, Australia. Follow along as the world hardens their hearts to the only truth that will give them lasting peace.”

This comment below on the Atheist Roll Call site by a TCM adherent quaintly named “Willow Warrior for Christ” characterizes the tenor of the evangelical organization:

“All the lost souls who died and are in Hell, wish they could hear the gospel one last time. We are in the last days. Jesus is coming back soon. Pray for the lost! In Jesus name!”

TCM’s Facebook page states that the organization’s aim is to “take the light of Jesus Christ into the darkest places of our world.”

Unfortunately for them, the lights were brightly shining in the subway car in Sydney when one of their proslytizers, mostly ignored by fellow riders, foolishly tried to enlighten everyone. 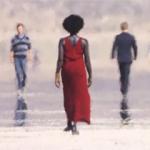 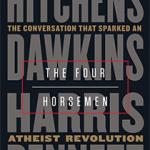