This post has nothing to do with religion, unless you think of bicycling at night as, figuratively speaking, a religious experience.

But this thing Poland is doing is so cool, in my opinion, it’s totally worth reporting in any medium, even a nonreligious blog. Even if it started several years ago and is somewhat old news, except for those of us who have never heard about it.

What it is is glow-in-the-dark “gravel” for bike paths.

According to an October 2016 Huffpost report:

“Poland is kicking the concept of a traditional bike trail to the curb.

“On Sept. 23, the rural town of Lidzbark Warminski opened a short biking path that glows blue in the dark. Charging by day via the sun, the special section of trail is a new addition to a larger recreation path that leads up to Wielochowskie Lake.”

What creates the blue glow is asphalt impregnated with synthetic particles called “luminophores,” a technology designed by the European engineering company TPA Instytut Badań Technicznych Sp. z o.o. that emit energy captured from sunlight. TPA says the glow lasts up to 10 hours, according to the Polish newspaper Gazeta Olsztyńska.

Besides its lovely, eerie nighttime glow, the technology also has safety benefits.

“We hope that the glowing bicycle path will help prevent bicycle and pedestrian accidents at night,” Igor Ruttmar, TPA president and CEO, told ABC News, according to Huffpost. “It’s a problem here in Poland, especially in the areas farther from the cities that are darker and more invisible in the night.”

The initial glow-path near Wielochowskie Lake was only 328 feet long, but Pruszków city officials said they expected to extend along the entire pre-existing bike path after testing to make sure it performs adequately for its purpose. I could find no recent reports online updating the project’s progress. The color blue was selected to complement the color of many lakes in the area.

TPA says the technology could also be used in highways and in multiple glowing colors.

The half-mile Eindhoven path opened in late 2014 during celebrations marking the 125th anniversary of Van Gogh’s death, NPR reported at the time. Van Gogh lived in the town from 1853-1890 and used it to backdrop his paintings.

As in-city biking becomes more and more ubiquitous in America (it has been for decades in Europe), such technological solutions are compelling for accommodating safer nighttime riding.

Besides, how cool would it be able to ride on a glowing bike path with the moon shining above on a cloudless night? 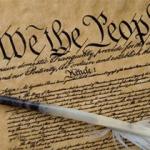 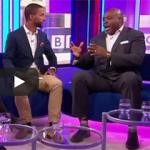