Why do religious zealots spawn catastrophes? They imagine Paradise.

I just finished an excellent book by a Canadian Muslim about leaving his faith and the tribulations such decisions inflict on apostates—The Atheist Muslim, A Journey from Religion to Reason (2016), by nontheist writer and podcaster Ali A. Rizvi). 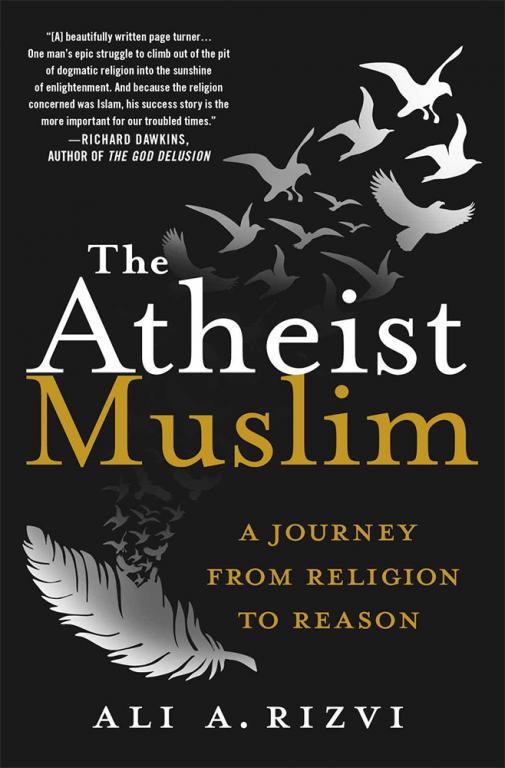 I will write a broader review of his nonfiction book later, but for now, there’s a series of passages in the next-to-last chapter about the root of religious terrorism that deserve a sharp focus now.

Here’s the paragraph that launched those passages:

“I never truly grasped what it would be like to really believe in life after death—and I mean really believe in it—until shortly after the Taliban’s attack on the Army Public School in Peshawar, Pakistan, in December 2014. These murderers stormed into the school and shot dead 141 people, including 132 children, chanting, ‘Allahu Akbar!’ [God is great] as they shot each child.”

Rizvi said that after the attack he communicated online with a Taliban supporter who protested Rizvi’s denunciation of the attack in his blog posts. To try and understand “how his mind worked,” Rizvi said he decided to engage the protester: “I started by asking the obvious—why was he defending the killing of innocent people?”

The protester’s response to that question provides excellent rationale for why I say (as often as I can) that it’s super important to remember that belief in religious ideologies (i.e., in superstitions) has easily and frequently slid into catastrophe throughout history.

In defending his defense of the murderous Taliban, the protester told Rizvi:

“Human life only has value among you worldly materialist thinkers. For us, this human life is only a tiny meaningless fragment of our existence. Our real destination is the Hereafter. We don’t just believe it exists, we know it does. Death is not the end of life. It is the beginning of existence, in a world much more beautiful than this. As you know, the (Urdu) word for death is ‘intiqaal.’ It means ‘transfer,’ not ‘end.”

When Rizvi pressed him to justify in morality the killing of innocent children, the protester explained that they were fair game as offspring of treasonous enemy soldiers who were fighting the Taliban. Yet, they didn’t actually kill them, he added:

The protester contended that Allah [God] himself would reward the dead children as martyrs and that He also decreed that such sacrificial lambs are not really dead (from the Quran, Surah Al-Imran, 3:169-170). The verse notes:

“… never think of those who have been killed in the cause of Allah as dead. Rather, they are alive with their Lord, receiving provision, rejoicing in what Allah has bestowed uipon them of His bounty, and they receive good tidings about those [to be martyred] after them who have not yet joined them—and there will be no fear concerning them, nor will they grieve.”

Rizvi says another verse in the Quran explains that such martyrs remain alive, “but you perceive it not.”

Immediately, Rizvi writes, he knew he could not rationally argue with this man, who wholly believed, along with “over a billion” other Muslims in the world, without a scintilla of substantiation, that the Quran is the living and inerrant word of God. As fundamentalist Christians and Jews believe of the Bible and the Torah.

When I was living and working in Saudi Arabia throughout the 2000s, American expatriates sometimes joked that the reason Saudi motorists were so astonishingly reckless is because they believed if they died in a crash they would go straight to Paradise.

From a different vantage, it’s not a joke. If people do believe they’re going to Heaven, Paradise, Valhalla, or wherever in a glorious, immortal afterlife, why worry? This Earthly existence would just be a brief, almost irrelevant interlude.

I thought similar thinking must have been going on in the mind of Rev. Jim Jones and many if not most of his followers in their Jonestown compound in the jungle of Guyana in South America. On Nov. 18, 1978, Jones and 900 of his Christian faithful perished in an astounding act of mass murder-suicide, as Jones promised they were “going to the Father” rather than face U.S. government oversight.

And then near Waco, Texas, on April 19, 1993, when 80 members (25 of them children) of the Branch Davidian Christian sect led by David Koresh died when their Mt. Carmel compound became engulfed in flames. Koresh confederates had set fires inside to allow Davidians to go to heaven rather than submit to American federal authority. The FBI challenged the sect because of reports that it was stockpiling guns and enlisting children as “spiritual wives” to adult members. Similar worries motivated federal authorities against Jim Jones’ People’s Temple complex.

So the veracity of what one believes matters, as Rizvi so starkly illustrated in The Atheist Muslim.

And that acting on unfounded beliefs can quickly turn tragic.

This is an important truth that should be told and retold ad nauseum. 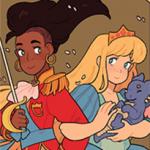 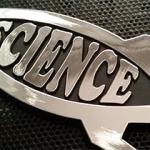