Is pro-Israel, anti-boycott legislation an echo of the Crusades?

Make no mistake, the latest iteration of the U.S. House’s Israel Anti-Boycott Act bill (HR 1697), which was scheduled to be debated today, is far more about religion than legislative policy.

It is a government attempt to, in effect, give preference to a particular faith—Judaism over Islam, in this case—under the guise of international economic policy. I can almost hear the siege engines rumbling in the Crusades in yet another assault on Jerusalem.

At this writing, I don’t know how that vote will go, or about any progress on a separate bill sponsored by Minnesota Rep. Ilhan Omar (yes, that member of “the squad,” the president’s congressional nemesis du jour). Rep. Omar’s legislation opposes HR 1697 on the grounds that boycotts are constitutionally protected free speech in the United States. (see co-sponsor Rep. Rashida Tlaib explain BDS opponents’ concerns in embedded video below)

But it doesn’t matter. The point of this post is to note that the anti-boycott bill was submitted at all—yet another illustration of religion’s outsized influence on American politics, including the evangelical Christian takeover of the current Republican administration and the U.S. Senate.

What’s different about this bill is that it appears to even have support of some Democratic House progressives, showing that religious ideology can bleed across parties and political ideologies when involved in a subliminal “crusade.”

A summary of the original HR 1697 text states:

“This bill declares that Congress: (1) opposes the United Nations Human Rights Council resolution of March 24, 2016, which urges countries to pressure companies to divest from, or break contacts with, Israel; and (2) encourages full implementation of the United State-Israel Strategic Partnership Act of 2014 through enhanced, governmentwide, coordinated U.S.-Israel scientific and technological cooperation in civilian areas.”

Several other current companion bills seek to bolster other areas of economic, political and national security cooperation between the U.S. and Israel to further blunt the BDS onslaught.

Why is Congress doing this?

Because Israel is viewed as an inseparable part of Judeo-Christian history and religious traditions that America shares with it, and because conservative Christians—presumably a majority in Congress—accept Israel’s Zionist contention that the Jewish state holds legitimate historical and biblical claim to the land it now controls. This concept is phrased by its apologists as Israel’s “right to exist.”

However, no such “right” exists in international law. Israel exists because it militarily seized Arab land after the end of World War II in what was known as Palestine (under British and U.N. auspices), expelling outright or indirectly forcing out all Arabs who wouldn’t accept Zionist claims of Israeli sovereignty. Israel now blocks those predominantly Arab Muslim refugees from returning to their properties and claiming them, as the state struggles to maintain and perpetuate itself as a Jewish-majority homeland for Jews.

Israel is not entitled to a “right to exist” just because its religion holds that the sacred texts of Judaism were written a millennium before Jesus in the “Holy Land,” the Mideast region where Israel, Jerusalem and Palestinian territories are now located. It also doesn’t matter, legally, that they believe they are the biblical “Promised People” to whom God purportedly “gave” this land. Or because modern Israel conquered others’ lands in a war of aggression.

Keep in mind that the U.N. Human Rights Council, many American progressives and Muslim Arabs worldwide—even some Israelis—do not recognize Israel’s divine or temporal right to exist at the expense of Arab peoples they conquered and whose land they now occupy and control.

That is why House and Senate bills were put forth, specifically to combat a continuing global initiative known as BDS that promotes boycotting of Israel. A recent article in The Hill explained:

“Most Democrats in the House oppose the boycott, divestment and sanctions (BDS) movement, an international campaign meant to exert pressure on Israel over treatment of the Palestinians. Critics say it would isolate and harm Israel, which retains strong support in Congress from both parties.”

One of the rhetorical weapons BDS opponents wield in trying to discredit the boycott movement is the idea that it is “anti-Semitic” because it seeks to delegitimize the Jewish state. However, that’s a “straw man,” a bogus argument to distract from the real issue, which is whether Israel is, in fact, not a legally sovereign state under international law and human-rights principles.

Contrary to its apologists, just because Israel is a purposefully created majority-Jewish state—an apartheid state, if you will—does not mean that every criticism of the state or its policies, or it’s raison d’etre, it’s core purpose, are automatically anti-Semitic. They aren’t, any more than criticism of America is anti-democracy. Or that past anti-apartheid boycotts of South Africa, including by the U.S., were inspired by a bias against South African people. All were against political injustice and human-rights atrocities.

The reason the Middle East remains a cauldron of chaos is largely because of the state of Israel undemocratically inflicting itself on a predominantly Arab region that Zionists decided was Jewish land, not Arab.

It’s the same atrocity that European settlers inflicted on Native Americans in the New World, when colonists, who believed any alien land they could conquer was theirs to keep, in effect stole much of a continent.

In fact, the atheist writer Edward Tabash, in a 2015 Free Inquiry article, “Israel has a Right to Exist,” argued that America, which also still exists in territory it conquered, has less claim to its land than Israel to its.

“For at least 1,600 years before the Roman conquest, Jews constituted the main population of this territory. Jews remained in different parts of the area after the Roman conquest,” Tabash wrote. “Even the United States began with colonists whose ancestors had never even seen the land, as opposed to Jews who have a history with current Israeli geography that is thousands of years old. Arabs did not assert any control over the area that is present-day Israel until 636 CE.”

All this is, in a sense, irrelevant.

What counts is that modern Israel was forced upon Arab territory without Arab democratic concurrence, and they remain bitterly and fairly resentful to this day, while American lawmakers are taking one religion’s side over the other. Whatever atrocities Palestinian militants may have committed since Israel’s creation fighting against this perceived injustice, however unforgivably wrong, does not absolve the original crime of conquest or Israel’s complicity in the suffering that followed.

As evangelical Christians are won’t to say, they can hate the sin but love the sinner.

In this case, there’s no reason opponents of Israel can hate the state but respect the faith—and the faithful Jews—that created it.

Turns out, you can be virulently anti-Israel yet not anti-Semitic simultaneously. 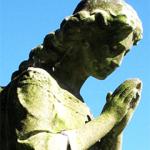 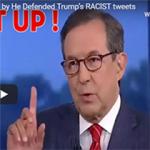 More Terrible Christian Marriage Advice in the Unequally...
Years ago, I started a long blog series called The Unequally Yoked Club....
view all Nonreligious blogs
What Are Your Thoughts?leave a comment
Copyright 2008-2020, Patheos. All rights reserved.