I have lived 27 years on and off in Saudi Arabia, including 11 years working for the national oil company, Saudi Aramco, but I never knew this: an ethos of Christian globalism deeply informed U.S. development of the kingdom’s oil industry during and after World War II.

A newly published book— Anointed with Oil: How Christianity and Crude Made Modern America (2019)—traces the complex history of this momentous relationship.

In the book’s introduction, prize-winning historian Darren Dochuk unveils his driving premise: that oil, no mere substance in the eyes of its proponents, “was a life stream to the heavens; no mere escape from difficult times, oil-refined religion promised to turn the earth’s bounty into a better tomorrow.” 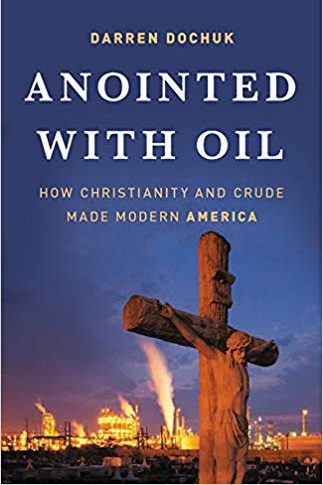 The ‘Prophet of Spindletop’

This brand of messianic Christian capitalism has long infused America, he wrote, and was present in the mind of the “Prophet of Spindletop,” Patillo Higgins, the self-taught geologist and Sunday-school teacher who discovered oil in 1901 in the Spindletop field near Beaumont, Texas, on the U.S. Gulf Coast. The discovery launched what came to be known as the Texas oil boom, which quickly led to America becoming the world’s leading oil producer at the time.

“The Prophet of Spindletop certainly thought he was special,” wrote Dochuk. “When poking at the soil for subterranean riches, quoting scripture along the way, he fancied himself a mediator of sorts, connecting the grit of hard labor to a cosmic calling, primordial matter to the fantasies of a new age. … Even when times got tough and biting criticisms of his character mounted, he pressed on, armed with the assurance that God and black gold favored him.”

Dochuk explains that successful oilmen who followed Higgins shared a sense of being “anointed,” personally appointed to a mission from God.

“What follows,” Dochuk writes of his book, “is the religious biography of a natural resource with outsized—and seemingly otherworldly—importance. Glimpsed from the Prophet of Spindletop, it is the story of the dramatic reciprocity that Christianity and crude shared in the making of modern America.”

Faith and development of Saudi oil

This conflation was also essential in the future making of the Saudi oil industry—and the evolution of the close U.S.-Saudi diplomatic relationship that continues today, Dochuk argues.

Indeed, on Feb. 14, 1945, U.S. Envoy William Eddy, a fervent Christian and son of a Presbyerian missionary, was selected to meet with Saudi King Ibn Saud on the USS Quincy in the Suez Canal, where he was holding a historically important debut meeting with American President Franklin D. Roosevelt near the end of World War II.

Eddy was hired later in the decade as an advisor in Saudi Arabia to what was then named Aramco (the Arabian American Oil Co., a joint venture of U.S. oil majors), which was planning a massive $500 million expansion of its crude production and refining operations in the kingdom.

“Eddy and his peers were charged not only with wrapping Aramco in a myth of enlightened capitalism but also animating ground-level operations with a tenor of intercultural and ecumenical exchange,” wrote Dochuk in an article about his book published yesterday in the New Republic.

Eddy recruited other devout American Christians with Arabic fluency to his team—Catholic and Protestant—including North Dakotan Tom Barger, a Catholic, who later intermittently became the company’s president, CEO and chairman. The team was “committed to a spirit of internationalism that stemmed from their own faith,” Dochuk wrote.

“The men that Eddy and his men created within Aramco to carry out these tasks [the Government Relations Organization] would soon become enormous, the likes of which global oil had never before witnessed. … They sought to cloak Aramco’s entire operation in mutual respect for the holy” he added. “Already core to their personal lives, religion became their professional preoccupation in Dhahran [Aramco’s headquarters camp] as they took up the cast of binding together Islam and Christianity, and the Muslim peoples of the Middle East with the ‘civilizing’ mission of the Western oil company.”

It was standard American imperialism, if a less militaristic and more religious version, and although the devout oilmen believed they were doing good—God’s work—they still did it somewhat disingenuously under the guise of commerce and industry.

Eddy and his group were vigilant in helping as needed to support the future-oriented king’s political standing and advise him as he tried to calm Islamic religious fundamentalists’ fear of change and Western influence, and the presence of alien Christians in the land of their faith’s holiest sites, including Mecca (where non-Muslims today are still prohibited from visiting).

At one point, against severe blowback from Saudi religious leaders, the king instituted radio service in his kingdom, arguing, convincingly, that it would allow the word of Allah to be broadcast to a far wider audience than ever before.

In the end, Saudi Arabia supplanted America as the world’s largest producer and exporter of petroleum, and became a major modern player in international geopolitics. It has come full circle, however, as the U.S. today is again the largest producer.

But Christian ecumenicalism was at the heart of the early cementing of the U.S.-Saudi alliance, although the oil company’s hosts were likely largely unaware at the time of the Americans’ broader spiritual goals.

In 1953, as Ibn Saud died and devout Christian war hero Dwight D. Eisenhower ascended to the U.S. presidency, Eddy gave a speech calling on Americans to “recognize a moral alliance of Christianity and Islam,” a monotheistic army of “people of the Book,” whose faiths derive at least partly from the Bible. Eisenhower hoped that Catholics, Protestants, Jews and Muslims worldwide would form a “coalition of the faithful” to combat the “Red Menace” of atheistic world Communism, Dochuk explains.

In the end, with the Islamic terrorism starting in the 1970s and continuing today, everyone eventually coalesced instead against radical Islam.

But the U.S.-Saudi alliance, if currently stressed, remains.

(Thanks to Ted Brockish of Bainbridge Island, WA, for the link) 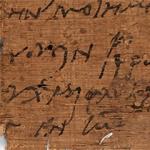 July 18, 2019
If ancient Rome hadn't collapsed, would Christianity have faded away?
Next Post 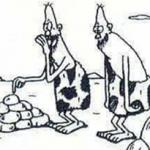 July 19, 2019 Each of our gods is the right one even if they’re all wrong
Recent Comments
0 | Leave a Comment
Browse Our Archives
Follow Us!