This religious discussion, like most, makes little sense. Duh.

Why conversations about “religion” are so fraught with confusion and cross-purposes is starkly evident in the video of such a panel discussion embedded in my July 12 post.

I’m reposting this British BBC-produced video (below) of its “Sunday Morning Live” television show to help explain what I’m talking about.

The moderator starts off by pointing out that, according to the 2017 annual British Social Attitudes survey, the number of religious non-believers the prior year had overtaken those of faith in the United Kingdom.

“But are the statistics hiding a more complicated picture?” he asked panelists.

In his first formal question, he asked Rachel Jordan Wolf, national mission and evangelism advisor for the Church of England, whether she found the statistics of a decline in faith “depressing.”

She tried to argue that a slide in religiosity is not the issue but rather a change in what “belonging” means to people. Yes, the fade was depressing, she said,

“But I also think it’s a complicated question. So the question was around belonging to a religion, and I think there’s queries with the concept of belonging. What we’re also losing is practicing around cultural faith, so people are choosing … particularly the younger generations, they’re making a more active choice either to properly belong [to a religion] or not to belong, and rather just [experiencing a faith culturally].”

What she seems to be trying to explain is that whether or not young people want to “belong” to a faith actually or “culturally” the issue is just one of process, not whether the young people might have a fundamental disagreement with supernatural doctrines.

But, as the number of Brits unaffiliated with any religion soars, along with the atheist population—as is also trending in America—rejection of supernatural ideology is almost certainly a part of naysayers’ equations.

Wolf also argued that young Brits don’t seem to care what denomination they might gravitate to, feeling all, particularly Protestant Christian sects, are roughly the same. So she believes the practicality of “where” you worship is as important as “why.”

Then, Klausner Clement, a black Pentecostal preacher on the panel tried to explain that worshippers in his charismatic branch of Christianity, with its curious practice of “speaking in tongues” to invisible beings, is somehow not really a religion.

“Pentecostalism is the fastest-growing stream in Christianity worldwide, and also in this country,” he said. “My particular context is we don’t class ourselves as a religion. That’s probably a problem with the question. If you asked me about my religion, I would say, actually it’s not about a religion; it’s about a relationship with Jesus Christ and his Holy Spirit, and so there is within Pentecostalism a bit of a negative attitude toward the word [“religion”].

This says to me that he knows “religion” has become a negative, loaded word in the U.K., and so he’s decided (to avoid losing possible converts) to call his religion something else—even though his description of his faith is unavoidably religious. You can’t not have a supernatural divinity—an essential element of any supernatural religion, which makes it a “religion”—and, yet, worship it, too.

The Muslim representative on the panel said he believed Islam was growing in the U.K. at the expense of Christianity because “the teachings of Jesus Christ are not being made very clear for our young people. They’re not palatable, they’re not digestible, they’re not practical for daily life, and thus it creates a big gap between God [and the people].”

“Whereas in Islam, if you look at it, it’s very different,” he pointed out. “All our mosques are overfilled by people. Most mosques are looking for extensions and the majority of our congregations are [young people] between 18 and 30, and more importantly it’s a very growing worldwide congregation.”

What he seems to be saying is that the teachings of Christianity need to be modernized to attract youth, to be made more “palatable … digestible … practical,” whatever that means. Apparently, he believes Islam is more palatable for Muslim youths, although research indicates many go to mosques simply because they feel alienated from British culture and seek social connection with fellow emigres, not necessarily access to spiritual “truth.”

Again, whether supernatural beings are substantively real does not seem to be very relevant in these contexts, just how to get people to walk through the door.

Jewish Rabbi Laura Jana said that young Brits today are “hybrid” about religion, not wanting to have to join a particular institution.

“So the question is, as religious institutions, how do we morph, how do we take this challenge and become different,” she said, “in order to spread what it means to be religious so it’s not narrow to faith or not faith or that looks different.”

Again, I’m not sure what this means. She says nothing about what is to be believed, only how, apparently—which, with religion I should think, is kind of beside the main point.

Perhaps because of my own biases regarding religion, the one secular panelist, Andrew Copson, chief executive of Humanist UK, seems to make the most sense. Acknowledging that the issue of religion in the U.K. is complicated by immigration and religious diversity, he said another factor is paramount.

“The biggest story and the biggest social change of the past few decades that these numbers reflect … is the growth of the non-religious. … over 70 percent of young people have no religion.”

He said various surveys have tried to understand the growing secularism among the young.

“[They] found that it’s because religions aren’t providing a sense of meaning in people’s lives and they are looking elsewhere for that, that religions now aren’t seen as credible as sources of values … they’re not seen as intellectually plausible.”

In addition, Copson said, the issue of who is Christian and who is not is complicated by the fact that even many people who say they’re Christian don’t actually believe in God or ever go to church.

My take-away from this discussion is that religious leaders are starkly aware of the need for change to attract believers to their dwindling congregations, especially among the young, but that confirming the “truths” of their faiths to converts is not at the top of the list. This convert chase becomes more acute as Britons increasingly focus on empiricism and science, and less on supernatural fantasies to give structure and meaning to their lives. Clergy have become like internet trolls trying to figure out what click-bait to use, not prophets preaching the “Word of God.”

Unfortunately for religion, the data are not on their side at the moment. 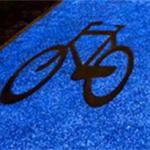 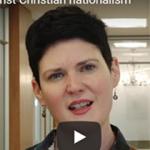 August 1, 2019 Finally, some top Christians are blowing raspberries at Trump
Recent Comments
0 | Leave a Comment
Browse Our Archives
get the latest updates from
Godzooks: The Faith in Facts Blog
and the Patheos
Nonreligious
Channel
POPULAR AT PATHEOS Nonreligious
1