A fascinating Neuroscience News article on research into how human brains process values, sacred and non-sacred, may reveal something important and disturbing about how radical religious faith leads to violence.

The article reports on a recent study by researchers aligned with the international Artis International, whose website describes the group’s function and aim as “multi-disciplinary research … designed to improve the understanding of cognitive and behavioral science related to politically motivated violence through science-based field research.”

Surprisingly to researchers, they discovered that study subjects who felt socially excluded tended to view certain “non-sacred” values as though they were sacred, making them more willing to behave extremely violently in their defense.

Unsurprisingly on the other hand, researchers said, data also showed that study participants generally indicated a “higher willingness to fight and die for sacred rather than non-sacred values.”

Researchers explained, “Sacred values are moral values that are non-negotiable and inviolable” but aren’t necessarily religious:

“For example, most readers would likely consider individual liberty a basic right. If it could be guaranteed that the entire world would experience untold levels of economic prosperity and individual wealth, and to achieve this all we would need to do is enslave a tiny fraction of the world’s population, would you agree to it? If not, anti-slavery is a sacred value for you. … From Israel’s right to exist, to Palestinian sovereignty, or the future of Kashmir, to the resurrection of a [Islamic] caliphate, when people feel their sacred values are under threat, they muster the will to fight them.”

Important but non-sacred values for Muslims, for instance, might be “women wearing the niqab [a partial face veil], Islamic teaching in schools,” researchers said. People normally display less tendency toward violence to defend these kinds of values. But for some believers, uber-devout Catholics for example, the political issue of opposing abortion has become a sacred value that they have been willing to murder legal abortion doctors to defend against.

So this new research seems to concur with previous studies into other socially marginalized groups—such as bullied or persecuted students in American schools, a number of whom ultimately committed mass murders at schools; and some deeply religious U.S. evangelicals who feel marginalized by what seems to them a rapidly secularizing culture, who have assaulted gays by proxy.

For victims, the need to not be bullied, marginalized and ostracized all to frequently effectively evolves into as sacred a value as belief in God is for others. Similarly, the need to not have their religious views socially discounted has become equally sacred for some evangelicals.

What’s really compelling about the new research is what it says about how the brain’s role in processing radicalism. The Artis study explains:

As I understand this explanation, it means that feelings of ostracization can easily lead victims to view somewhat peripheral life concerns as overwhelming existential ones—to experience incidents that generally roll off your back as ones that require you to collect high-powered guns and lots of ammo to shoot up a school.

“This is an alarming shift, as it suggests that social exclusion contributes to making attitudes less negotiable and increases a propensity towards violence. As values become fully held sacred values, prospects are grim: no research has been able to demonstrate how to desacralise them.”

Consider America’s current zeitgeist, or defining national mood, as experienced by the Christian Right, where adherents commonly lament how the nation is rapidly secularizing and people of faith are increasingly marginalized and persecuted by the so-called “liberal elite.”

The issue here is not that people have devout faith, which means they have already decided that their beliefs are “sacred” in terms of the Artis study. The worry is that their feelings of alienation from society may lead such devotees directly to violent behavior and destructive tendency in the future—as they clearly have in the past.

What were the Branch Davidian (Waco, Texas) and People’s Tempe (Guyana, South America) tragedies if not violent reactions to feelings of persecution blended with apocalyptic mindsets?

How a radical’s brain works

What happens to true believers in such situations is the uncanny cooperation or divergence of two particular brain regions, according to the Artis report: the dorsolateral prefrontal cortex (DLPFC) and the ventromedial prefrontal cortex (vmPFC). The former is associated with deliberative reasoning and cost-benefit calculations, and the latter with subjective assessments (i.e., “How much value does this have for me”). Day to day, both brain regions work seamlessly together in making decisions.

The Artis study found that when a group of already-radicalized Pakistani subjects rated their sacred values in a questionnaire, neurons markedly fired in their deliberative DLPFC’s, whereas when they rated values for which they had a high willingness to fight and die, their subjective vmPFC’s lit up. Researchers wrote:

“A follow-up analysis found that these two regions of the brain were highly connected when participants rated low willingness to fight and die— that is, subjective value was regulated by decision control mechanisms. But when they rated high willingness to fight and die, we found that these two regions were more disconnected. This suggests that, when someone is ready to kill and be killed in defense of an idea, they are no longer using decision control mechanisms typically involved in deliberative reasoning.”

This means to me that we should be very, very concerned about whether reason is being used when people decide their lives and those of others are of lower value than personal ideas that may or may not be valid.

Similar dangerous thinking was at play, as I wrote in a recent post, when Islamic Taliban jihadists attacked a Pakistani Army school some years ago and killed a lot of innocent kids there. Their rationale: they were children of soldiers who were fighting the Taliban, and, besides, they were “transitioning,” not dying, to assume an immortal existence in Paradise with God.

What could be better, right?

Except there’s no evidence whatsoever that any of those assumptions are remotely true.

But their brains weren’t using the rational, deliberative lobes when they decided to shoot up a school. Those calming neurons had gone quiet.

That’s the danger of fantastical thinking without the rationalizing effects of the dorsolateral prefrontal cortex, as this Artis research indicates.

Hopefully, such science will help us find practical ways to reduce, even anticipate and stop beforehand, the onslaught of these mindless, murderous catastrophes in the future. 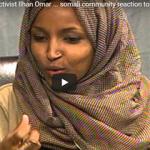 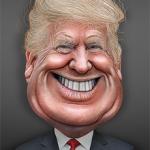