If you look at yourself naked in the mirror and wince, watch this video

If you think the toxic sex shame bequeathed by misogynist Catholic Church fathers such as Tertullian (160-220 AD) and Augustine (354-430 AD) is a thing long gone, watch this 2017 Ted Talks video.

In it, North Carolina gynecologist and “sexpert” Dr. Alyse Kelly-Jones explains, with clarity and humor, that irrational shame around this natural human activity still bedevils us descendants of Western civilization in our bed chambers today.

“Ultimately,” she stresses in her presentation, “for all of us, our bodies and our genitals are a source of shame.”

Titled “Shed Sexual Shame (and Your Clothes Along the Way),” Kelly-Jones explains that shame surrounding sexual activity and genitalia derives from many sources, including religious dogma. She defines shame as,

“That little voice inside your head that [keeps] you from speaking your truth—your truth about what you want, what you need and what you deserve with your partner.”

Such shame and squeamishness is also bequeathed to children from their parents, whose own shame makes them fearful of any even normal sexualized behavior of their kids, driving them to inculcate the same fear in their kids.

Fear and wariness of sex is also communicated in sex-ed classes.

“Our sex education these days is often a message of risk and danger,” Kelly-Jones pointed out. “Even though 90 percent of the sex we have is about pleasure, nobody ever talks about pleasure.”

She stressed that even in places where people traditionally seek connection and comfort they fail to find solace for sexual challenges:

“Our church, our faith, our religion, give us messages of shame,” she stressed, “such as birth control is wrong, the only proper sex is between a man and a women, and sex is only for procreation.”

Rather than criticizing religious traditions that shame sexuality, Kelly-Jones told her audience, “I’m just asking you to be curious about where your own views come from.”

The sad result of all this toxicity and shame around sexuality, she said, is many people have become alienated from their own bodies and robbed of satisfying and nurturing sex lives.

This is important to know.

But, in my view, it is also important to point out once again that Christianity, the religion followed by 70 percent of Americans, originally invented and perpetuated the notion that a woman caused Adam to sin in the Garden of Eden, which then gave all human beings original sin, which led to the purported necessity of Jesus’ crucifixion to atone for all our sins.

The take-away for Augustine, Turtullian and other pioneers of the faith was that women, in their natural seductiveness to males, are scheming crucibles for male sin and, thus, all sinfulness. The implication is that unbridled female sexuality is a kind of evil, and men are to fear it.

How, in heaven’s name, would sexuality not have become toxic for the descendants of those shameful ideas?

This video views all that destructive nonsense with a more rational, hopeful perspective. 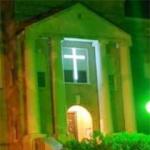