Are all mass murderers deranged? Is God real? No, in fact.

The same “red herrings” bedevil secularists when debating either devout Christians or champions of the Second Amendment. The true believers keep trying to make the real debate about something else.

With faithful Christians, the red herring — a distracting non-issue — is often to point out that two billion or so people on the planet fervently believe in the faith’s supernatural doctrines and, thus, they must be true.

With constitutional gun-rights advocates, after yet another tragic mass murder in America, the issue is never the mountain of firearms that exist in our country, and the curative is not fewer guns but just keeping them out of the hands of mentally ill people.

These are the kinds of illogical, self-serving arguments that today pass for reasoned debate in this country. And it’s why Christians won’t answer the central question — Does God even exist? — while confusing the issue with irrelevant-to-the-main-question non-issues, such as religion’s long history in the world. And it’s why gun-rights folks won’t answer the very reasonable question about whether the Second Amendment is dangerously obsolete in the 21st century.

After all, each American doesn’t still need a firearm for potential duty in a state militia, the specific reason the Second Amendment was created in the first place. We have the National Guard and the Coast Guard.

These are necessary and important questions, the answers of which could help protect the citizenry from catastrophies large and not-so-large.

For example, by not acknowledging Christianity’s unknowable core claims, Christians move forward with confidence in denying other Americans’ constitutional rights. The harm part, as in the abortion debate, is that most Christians want to outlaw abortion, which would not lessen abortions just send traumatized mothers-to-be to dangerous back-alley abortionists rather than medical professionals.

With gun-rights aficionados, the harm is crystal clear in insisting that the nation’s deadly status quo regarding firearms be maintained — it ensures the catastrophic epidemic of mass killings with high-powered weapons designed for war will go on and on.

In the case of religion, if we completely separated faith from government and public policy decisions, we would have a much better chance of making better decisions based on reason rather than ancient superstitions whose mandates have sneaked like cat burglars into people’s minds.

And if we stopped viewing the U.S. Constitution as sacred and inviolable no matter when or for what reason, we might begin to actually solve the problem of guns in America.

I’m thinking of these things now because of how Republicans, including President Trump, have been framing possible mass-shooting solutions since last week slaughters in El Paso, Texas, and Dayton, Ohio, of 21 and 9 victims, respectively, and the wounding of scores of other innocent people by haters with military-style rifles.

Once again, the GOP predictably insists the bogeyman is mental illness, not guns — convenient, since the National Rifle Association (NRA) generously funds their party and so many of their election campaigns.

However, research shows that mental illness is irrefutably not the primary issue in mass shootings; it’s the vast proliferation of guns in our society. Other countries have the same amount of mental illness as the U.S., yet only a miniscule fraction of gun deaths. All the research underscores — emphatically — that the only data point differentiating America from other countries in gun violence is we have more guns than any other nation, by far.

Still, there is President Trump saying he will support “meaningful” (whatever that means) background checks for gun buyers, to keep guns out of the hands of mentally ill people — “sick” people, he says.

There’s no arguing when one of the debaters insists on taking the most essential question off the table before the debate begins. That’s how evangelicals and gun-lovers roll.

And this charade has been going on for some time.

“Sick, demented man,” was how Donald Trump assessed Stephen Paddock, who shot nearly 600 people, leaving 58 dead, during a concert in Las Vegas in October 2017. Then, adding reverb to the false echo chamber, then-House Speaker Paul Ryan opined, “One of the things we’ve learned from these shootings is [that] often underneath this is a diagnosis of mental illness.”

Sometimes, perhaps, but that’s not what’s driving the scourge of gun-related deaths, mostly suicides, in America.

It’s that we have enough guns — 400 million firearms is actually more than enough — to arm every single American man, woman and child now alive.

A 2017 article in the journal Behavioral Science noted:

“[Paddock] had no history of mental illness. He had no criminal record. He was a successful businessman. Relatives and people who know him are in disbelief. … We may never know what motivated Paddock or whether he had a mental illness. However, if we expand out from this specific incident and consider gun violence as a whole, research over the last 30 years has consistently shown that Mr. Ryan’s information is incorrect and that diagnosable mental illness does not underlie most gun violence.”

In their 2016 book Gun Violence and Mental Illness, psychiatrists Liza Gold and Robert Simon, estimated that less than 5 percent of all shootings are committed by people with diagnosable mental illness.

So, why are we still debating whether mental illness is the cause of gun shootings or whether an omnipotent but invisible divinity exists when there is no evidence for either?

Because far too many people just believe what they want to believe and studiously avoid any facts (or a glaring lack of them) to the contrary. 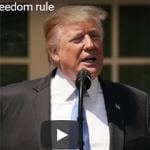 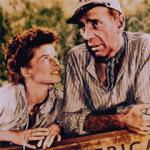 August 19, 2019 What is Donald Trump’s superpower? He speaks fluent Neanderthal.
Recent Comments
0 | Leave a Comment
Browse Our Archives
Follow Us!