I defy anyone, even anyone with any undergrad or postgrad college degree, to make heads or tails of new “religous freedom” rules proposed by the U.S. Labor Department’s Office of Federal Contract Compliance Programs (OFCCP).

Even the proposal’s title is maddeningly opaque: “Implementing Legal Requirements Regarding the Equal Opportunity Clause’s Religious Exemption.” Read the whole test here, if you dare.

But make no mistake, what this proposal seeks to “implement” is crystal clear: an arbitrary legal authorization for any federal government contractor to broadly discriminate against Americans in hiring and employee treatment if the contractor’s religious sensibilities are offended.

This is a proposed expansion to government contractors similar to what the U.S. Supreme Court unfathomably extended in 2014 to private business owners in Burwell v. Hobby Lobby Stores Inc. — the curious idea that businesses are “persons” (through owners) whose religious freedom constitutionally allows them to discriminate against others to protect. The ruling allowed Hobby Lobby, a secular (not religious) for-profit business, to be exempted from providing any insurance for legal pregnancy contraception services to its employees under the Affordable Care Act because the owners objected to contraception on religious grounds.

The new Labor Department proposal is another in a series of insidious tactics in a grand evangelical Christian Right strategy to inundate American culture with Christian symbols and ideology, aided by protections, in so many public spaces and practices — under government auspices — that the faith will eventually become so normalized and “traditional” that it will no longer be commonly viewed as “religious” but “American.”

It’s already happening. Do you think that all those “In God We Trust” signs are popping up in elementary and secondary schools nationwide — as mandated by state laws — because elected school district boards are so patriotic (which is what board members everywhere are disingenuously claiming)? No, it’s because they’re so Christian, and the well-funded evangelical activist group Project Blitz has been spearheading a national campaign for years to get “God” back in schools by getting legislatures to mandate placement of these inherently religious signs.

Keep in mind that the original national motto was E. Pluribus Unum (from many [peoples], one [nation]), not In God We Trust. Congress only declared the latter phrase as the national motto in 1956 at the height of the Cold War, when Americans were terrified of potential encroachment of Soviet Union Communism. Lawmakers wanted to shout to the nation and world — arguably unconstitutionally — America’s godly bona fides.

Note that the U.S. Supreme Court, in a continuing series of rulings that favor religious freedoms over other constitutional rights, decided in 2011 to not review (and let stand) a lower court ruling in Elk Grove Unified School District v. Newdow holding that the use of “God” in the new motto is not actually religious, but only a “ceremonial” — and thus constitutionally appropriate — use of a religious term.

Think about it. The highest court in the land decided in these two cases that citizens’ superstitious beliefs in patently nonexistent beings can be allowed to trump the constitutional and human rights of all citizens who don’t share their religious views. Citizens who actually exist.

How in any society governed by Enlightenment principles of reason and fairness can that be OK?

“In an alarming new twist, the rule would protect a federal contractor engaging in discrimination based on conduct that the employer says violates their religion. Worse still, for-profit companies would be given a cover for labor discrimination so long as they invoke a religious purpose for such actions.

“This proposed regulation would most obviously target LGBTQ individuals. Anti-gay employers have a long history of disingenuously arguing that they are not discriminating on the basis of sexual orientation, but rather on ‘lifestyle’ choices or ‘conduct.’

“But this rule could also be used to deny employment benefits to atheists, members of a minority religion, single mothers or anyone else who isn’t practicing ‘right’ religion in the ‘proper’ way, in the eyes of an employers receiving federal funds. In other words, Christian employers could discriminate against non-Christias, including atheists, or even anyone they deem to be a ‘bad Christian.’”

The FFRF is calling upon the Labor Department’s Office of Federal Contract Compliance Programs, which regulates anti-discrimination requirements, to reject the proposed new “religious freedom.”

I’m thinking the chances of that are slim to none considering our legal system’s indefensible concurrence in similar matters and the stranglehold the evangelical Christian Right has on the current U.S. president.

This is how a secular democracy evolves into a near-theocracy. (View the embedded video above, which explains another new federal rule that favors Christians over others.)

But don’t get lost in the Labor Department’s new mind-numbingly complex “religious freedom” rules. Their goal is really quite simple. And quite dangerous. 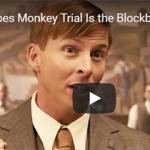 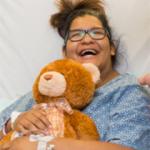 August 17, 2019 Are all mass murderers deranged? Is God real? No, in fact.
Recent Comments
0 | Leave a Comment
Browse Our Archives
Follow Us!