We know not what we say we believe — even U.S. evangelicals

Here’s yet another excellent example of how when religion embeds in societies and normalizes over time, it can significantly corrupt assumptions about the realities of public life.

In a survey published last month, the Pew Research Center found that slightly more than quarter of Americans (27 percent) today believe, incorrectly, that the U.S. Constitution allows a “religious test” to qualify candidates for public office. In fact, such faith qualifications are explicitly prohibited.

Such ignorance extends elsewhere, including to notions about the numerical strength of certain minority populations in the United States. For example, the Pew survey indicated that most American adults overestimate the proportion of Jews and Muslims in the country, when each actually comprises less than 5 percent of the population.

This matters, an exaggerated sense of Jewish/Muslim populations stokes the already overheated fears of racist and bigoted citizens who are hostile toward minorities, and who represent a substantive core of President Trump’s nationalist/nativist, immigrant-fearing supporters.

“Most Americans are familiar with some of the basics of Christianity and the Bible, and even a few facts about Islam. But far fewer U.S. adults are able to correctly answer factual questions about Judaism, Buddhism and Hinduism, and most do not know what the Constitution says about religion as it relates to elected officials.”

However, beyond the basics, Americans are generally very dim even about Christianity, a faith to which some 70 percent of Americans are affiliated.

Although some groups performed better than others in the survey, the most telling takeaway is how poorly all did in general. By any academic measure, they all failed miserably in answering fundamental questions about religion, even though for most Americans religion is a fundamental significant part of their lives.

The survey results demonstrated, once again, that educational level correlated positively with how much religious knowledge a person had. For example, college grads averaged 7.2 more correct answers than respondents with a high school diploma or less.

To give you an idea of the questions Pew asked respondents, here are a few below (right answer is boldfaced):

This last question’s “right” answer is itself misleading. An agnostic, according to Merriam-Webster dictionary, is “a persons who holds the view that any ultimate reality (such as God) is unknown and probably unknowable.” The correct answer would be: “holds that the existence of God is unknown and likely unknowable.”

Wrong answers to the question about transubstantiation (the doctrine that the bread and wine of Communion actually become the body and blood of Christ) reflects how religious practice often becomes somewhat mindlessly habitual among adherents. It is an essential canon doctrine of Catholicism, yet only 50 percent of American respondents answered this question right.

A similar misunderstanding of essential Protestant dogma bedevils Americans as well. Only one in five Americans (20 percent) know that Protestantism traditionally teaches that salvation is achieved “through faith alone,” not piety, good works or other behaviors. This idea was a foundational revolutionary theological doctrine of the medieval Protestant Reformation. Surprisingly, only 37 percent of evangelicals answered this question correctly.

For me, the bottom line from all this is, as evangelical Christians aggressively continue to embed elements of their faith into America’s public square, against the clear intent of our Founding Fathers to create a secular republic, they don’t even understand very well themselves what they’re trying to embed.

They should read the Constitution far more closely, for starters, then their own holy books. 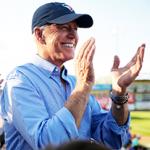 August 11, 2019
Should we ignore public-office religious tests in state constitutions?
Next Post 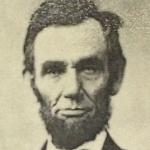 August 13, 2019 ‘One nation, God willing.’ The U.S. Pledge isn’t exactly what it seems.
Recent Comments
0 | Leave a Comment
Browse Our Archives
Follow Us!