Should we ignore public-office religious tests in state constitutions?

Although the U.S. Constitution — and the U.S. Supreme Court — prohibit “religious tests” as a qualification for candidacy to any government office, such a test still exists within constitutions of a number of states, as do laws in a number of states condemning “blasphemy.”

As of 2014, eight state constitutions included restrictions on citizens who don’t believe in a supreme divinity, according to a Washington Post article. In Arkansas, for example, denying the existence of God precludes a citizen from holding a civil office, while Tennessee has codified office-holder requirements about belief in a hereafter.

These constitutional outliers remain despite a unanimous 1961 U.S. Supreme Court decision, Torcaso v. Watkins, which held that the First and Fourteenth amendments to the federal Constitution supercede these illegal state religious-test requirements, rendering them unenforceable.

States retaining such statutes include Arkansas, Maryland, Massachusetts, North Carolina, Pennsylvania, South Caroline, Tennessee and Texas, although some have reportedly been challenged in court. Some states also still legally require religious oaths or “affirmations” from jurors and court witnesses, whether or not it is enforceable.

The Post article, straightforwardly titled “There are states where you technically can’t hold public office if you’re an atheist,” reported that the 1961 Supreme Court case ruled that a Maryland man did not have to declare his belief in a supreme being before he could be appointed as a notary public. The court cited the First and Fourteenth amendments, which require religious freedom and equal treatment, respectively.

“Still, candidates for office who are openly atheist face discrimination at the polls. [American Atheists spokesman Dave] Muscato said a belief that atheists aren’t moral or trustworthy contributes to voters’ reluctance to say they’d vote for them,” the Post reported. “A 2014 Pew poll found 53 percent of Americans think it’s necessary to believe in God to be moral, and a 2012 Gallup poll found 43 percent of voters would not vote for a candidate who was atheist.”

Fortunately, those numbers have slipped since as Americans continue to grow less religious with each passing year in the new millennium. Roughly a quarter of all Americans self-describe as unaffiliated with any religion, including atheists, agnostics and other religiously uninterested or apathetic citizens. Still, there is but one openly avowed atheist in the U.S. Congress — Democratic Rep. Jared Huffman of California, who characterizes himself as “humanist” and “nonreligious” rather than atheist to avoid the negative and false “anti-religious” presumption that voters often hang on atheists.

Nonetheless, atheists are still held in low esteem among U.S. voters, according to an article last month in The Guardian:

“Bottom of the table came atheist (60%), followed by the one thing considered even worse: socialist (47%). Nevertheless, the percentage of Americans willing to vote for an atheist was more than three times the 18% Gallup recorded in its first measure, in 1958.”

In the meantime, the evangelical Religious Right continues to maintain its overtly hypocritical support of patently irreligious President Donald Trump, and even most of the 2020 Democratic candidates can’t seem to not reference their faith.

“Former vice-president Joe Biden, a Catholic, wears his late son Beau’s rosary on his left wrist,” the Guardian story notes. “The Massachusetts senator Elizabeth Warren, a Methodist, said in June: ‘My faith animates all that I do.’ South Bend’s mayor, Pete Buttigieg, an Episcopalian, has been praised for reclaiming religion for the left while Marianne Williamson has declared: ‘My religion is Judaism, my spirituality is universal.’”

None of this is very helpful to the secular movements continuing push to fully separate religion and government.

“Humanist” Rep. Huffman said he believes any candidate coming out as an atheist “would suffer withering criticism,” so they don’t even if they are.

According to the Pew Research Center, Christians remain overrepresented in Congress compared with religiosity (or not) of the general public. There are only 63 non-Christian members out of 535 lawmakers in both chambers, including 34 Jews, three Muslims, three Hindus, two Buddhists, two Unitarian Universalists, and 19 who decline to specify what they are, including Arizona Sen. Kyrsten Sinema.

“Are [religious-test laws still extant in U.S. state constitutions] an affront to the secular nature of our local, state, and federal governments, or are they just antiquated but harmless relics from the past? Should there be an active effort to remove these anti-atheist provisions from the respective state constitutions, or should the nonreligious movement just let federal law trump these discriminatory provisions as conflicts arise?”

In my view, as long as they remain in place, they insideously imply that they once were pertinent and may one day be again. 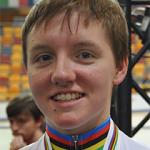 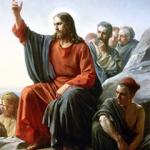 August 11, 2019 We know not what we say we believe — even U.S. evangelicals
Recent Comments
0 | Leave a Comment
Browse Our Archives
Follow Us!

Nonreligious
Why should priestly confessionals be sanctuaries for pedophiles?
Godzooks: The Faith in Facts Blog