Anti-injection parents: God delivers babies with all they need

Since the American Academy of Pediatrics in the early 1960s began recommending the shots for newborns to aid clotting and control potential internal bleeding, U.S. hospitals have routinely given the injections. The U.S. Centers for Disease Control and Prevention (CDCP) advises that all babies should receive the injection within an hour of birth.

Sounds reasonable and harmless enough, but according to an article in Tuesday’s Chicago Tribune, it’s got quite a few religious parents riled up.

Illinois Department of Children and Family Services (DCFS) policy and hospital enforcement protocols regarding the injection — and once-mandated official follow-up investigations of parents who decline the shot for their newborn children — has resulted in a sweeping federal lawsuit. On Monday, a group of parents filed the suit against DCFS (and current and former officials), a number of physicians and three hospitals, claiming plaintiffs’ constitutional rights were violated when their babies were seized by authorities and parents were investigated for neglect.

DCFS’ previous controversial policy, softened a year ago, viewed parents’ refusal to allow vitamin K injections to their newborns as “medical neglect.” DCFS officials decided to revise the policy to ensure that it was not “overstepping the boundaries” of state law, and it reclassified the injection as not medically necessary.

The reason I’m writing about this issue in a nonreligious-themed blog is because the parents suing DCFS and others over alleged rights violations concerning enforcement of the injection policy had purely religious reasons for refusing the treatment for their children.

So, once again, we have American citizens’ beliefs in a supernatural (meaning imaginary) realm allowed to trump their children’s health, and responsible, evidence-based state laws and official policies in the real world. These naysayers are like anti-vaxxers who refuse to vaccinate their children, required by law, which puts their whole family and every other American at risk, not to mention residents of foreign countries to which diseases not vaccinated against can fluidly travel and infect.

To people who honor facts over superstitions, the religious reasons offered by these scofflaws are troubling in the extreme.

Two of the plaintiffs in the newly filed lawsuit, Chicago suburbanites Angela Bougher and her husband, Brian, a pastor, defended their refusal of the vitamin K injection for their fifth child, born last winter, while also claiming that they are not anti-vaxxers.

“Our belief is that if God created every baby with a certain amount of vitamin K, then that’s what they need at birth,” Angela Bougher told the Tribune. “Now, we also believe there are certain situations in a birth, especially birth trauma, that can happen and necessitate a need for more vitamin K. … If there was a reason for vitamin K, we would have done it, absolutely.”

Note the CDCP stresses that “newborns who don’t get the shot are 81 times for likely than other babies to develop severe bleeding,” according to the Tribune report.

What about babies born with life-threatening brain and heart issues that are the result genetic defects, not birth trauma? Should parents like the Boughers be allowed to decide, for instance, that since the flaws are naturally occurring, God must have divined them and intervention must be withheld?

In fact, such obstinacy toward science-based medical consensus, for any prejudicial reason, undeniably endangers children, as spotlighted by a long list of cases of parents who denied medical treatment to their children, who eventually were disabled or died (a story about one case — “Letting them die: Parents who refuse medical help for children in name of Christ” — is particularly sad). I wrote about another one in a recent post titled “Son with meningitis fed smoothies, died. Parents acquitted.”

The question is whether “religious freedom” should protect parents from legal accountability if they refuse rational medical treatment for their children — treatment that would not only protect individual children from potentially worse medical outcomes but also, as in the case of anti-vaxxer obduracy, protect entire populations from epidemics.

Why do we continue to give such legal authority to imaginary over reality-based ideas. It endangers the innocent far more than the deluded. 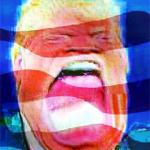 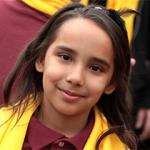