The highlighter lines I make in any article I read reveals at a glance how interesting or important the story seems to me.

While reading a January 2008 Psychology Today article about religious deconversions of clergy, I splashed the text with a veritable rainbow of colors (I use different colors to highlight different key ideas).

Titled “An Atheist in the Pulpit: Public identity and private belief are never more at odds than when a preacher loses his faith,” the article by Bruce Grierson illustrated not only how wrenchingly similar all deconversion experiences tend to be but also how interrelated (if loosely) the global atheist community is.

I learned of the article, and related others, in a September 19 post by The Friendly Atheist blogger Hemant Mehta, titled “The Clergy Project Has Now Helped 1,000 Pastors Walk Away from the Pulpit.” The post celebrated that the Project, an organization of current and former preachers who seriously doubt or no longer believe in their faiths’ dogmas, recently crossed the 1,000-member threshold.

Mehta writes that the organization offers member-vetted, hidden-to-the-public online forums that allow seriously wavering or fully deconverted clergy “to discuss their concerns without fear of being ‘outed’ before they’re ready.”

“More than anything, though,” Mehta writes, “the site’s very existence has been a testament to the fact that there is a path out of religion — even for those who have built their entire lives on the foundation of faith.”

The stresses can be immense on clergy who are losing or have already lost their faith. Not only do many such pastors begin to feel they are, in effect, lying to their congregations and hiding their true selves, they are wary of negative practical effects. For example, if they leave a life and vocation long fervently devoted to faith and supported by their churches and followers, how will they then materially provide for themselves and their families, and what will be their new existential purpose?

The Psychology Today article reports first-person accounts of how a number of pastors struggled mightily with crumbling faith, and how many of them came to view the world and their lives far differently on “the other side.”

Also fascinating to me is that the article revealed how intertwined the global atheist community is, even though nonbelievers are largely disorganized and far from a homogenous demographic.

In the article, I learned that the two initiators of The Clergy Project earlier in the millennium were Dan Barker, a former U.S. pentecostal pastor who now co-heads the Freedom from Religion Foundation (FYI, I subscribe to its magazine), and evolutionary biologist and iconic British atheist Richard Dawkins, the best-selling author of The God Delusion (2006).

Grierson’s Psychology Today article and the release of Barker’s book Godless helped to increase the number of nonbelieving or doubting clergy who Barker was able to interact with.

Dawkins was not the only A-level atheist interested in helping deconverted religious leaders reorganize their lives along more secular lines. By the time he met Barker, Dawkins had long held discussions on the struggles of deconverts with fellow atheist author and cognitive scientist Daniel C. Dennett, whose own book, Breaking the Spell: Religion as a Natural Phenomenon, also was a 2006 best-seller. They envisioned opening a “halfway house” for nonbelieving clergy trying to transition from their religious lives, according to a Clergy Project statement.

Deconversion can be a debilitating labor, Gierson writes in his Psychology Today piece:

“To be a clergyman struggling with God in modern times is to reside at the center of a great battle. At a time when the tension between faith and doubt arguably defines the distance between people more than does gender or race or even politics, the Doubting Priest bears witness for the defense and the prosecution. (Mother Teresa’s grave spiritual doubt, as revealed last fall in her letters, means one of two things: Either the closest thing to a modern saint was a phony, or her trials actually make her religious life more meaningful, a poignant example of faith not as a certainty but as a required test that leads to a more profound commitment.) The spiritual struggles of ministers and priests and rabbis remind us that, amid encroaching fundamentalism, atheism is also on the rise.”

Yet, as always, believers — clergy and congregants — often find it nearly impossible to completely sever their umbilical cord with the supernatural faiths that have long defined their lives and assumptions. Some simply split the difference, trying to have their cake, if somewhat redefined, and eat it too.

For example, Catholic-raised Suzanne Paul, who in 2008 was a Unitarian minister in a Detroit suburb but also identified atheist, explains,

“We are naturally social animals and like to be with like-minded people. I enjoy the community aspect of religion but not the theistic end of it. … I recognized early that you can clear a room if you say you’re an atheist. I prefer to identify myself as a humanist.”

Carlton Pearson, a prominent Pentecostal preacher with a 5,000-strong mega-church congregation in Tulsa, Oklahoma, in the 1980s and ’90s, admitted his personal doubts and dramatically evolving Christian beliefs to his flock — and most of them ended up leaving his church. He still can’t go “there” in jettisoning his faith completely.

“I don’t always say this publicly but I’m starting to feel more free to do so: I don’t necessarily believe in a god, or the God; I just believe in God.”

This nonsensical philosophical formulation just underscores the glue-like hold faith has on people’s lives and minds, even when they don’t believe anymore.

And it can be deeply, deeply personal.

“It was scary as hell,” Reed says. “I realized, ‘I’m not going to see my mother and father again.’”

Such a worry would give most of us pause. 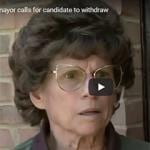 September 22, 2019
Why do fundamentalists think white supremacism is godly?
Next Post 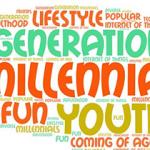