A number of so-called “creation scientists” for a decade around the turn of the millennia opined in books or espoused at “Intelligent Design” conferences that U.S. Native American fables about so-called “thunderbirds” prove that humans and flying dinosaurs co-existed simultaneously in history.

Except, of course, they didn’t. Indeed, our Homo sapiens ancestors never existed at the same time as any dinosaurs.

In fact, humans only arrived in North America about 15,000 years ago, the most widely accepted date, based on genetic studies, or perhaps as early as 130,000 years ago, according to a “bold” but “fiercely disputed” claim, published in the journal Nature, derived from a 2017 study based on mastodon bones discovered near San Diego, California.

Nonetheless, the wide timeline discrepancy in estimated human habitation of Americas is irrelevant to the question at hand. Dinosaurs were already extinct tens of millions of years, perhaps hundreds of millions, before human beings even existed on our planet.

“Abundant fossil bones, teeth, trackways, and other hard evidence have revealed that Earth was the domain of the dinosaurs for at least 230 million years. But so far, not a single trace of dinosaur remains has been found in rocks younger than about 66 million years. At that point, as the Cretaceous period yielded to the Paleogene, it seems that all nonavian dinosaurs suddenly ceased to exist,” according to a National Geographic article by Victoria Jaggard published in July.

“Along with them went fearsome marine reptiles such as the mosasaurs, ichthyosaurs, and plesiosaurs, as well as all the flying reptiles known as pterosaurs. … In total, this mass extinction event claimed three quarters of life on Earth.”

Scientists believe an existentially catastrophic event caused the mass extinction. The likeliest scenarios are the collision with earth of a “mountain sized” asteroid some 66 million years ago (significant geological and fossil evidence exists for this) or a massive volcano eruption. For instance, volcanist researchers today warn that an eruption of the enormous volcano underlying steaming Yellowstone National Park could cause a “nuclear winter”-type cataclysm, blotting out the sun for years and killing off flora worldwide.

However, that’s beside the point here.

What is specifically relevant to this article is that pro-creationists, fueled by Christian scriptural bias, are continuously spreading bogus pseudo-science — not actual, evidence-based science — to gullible fellow believers in invisible omniscient beings.

Their point is to support biblical ideas proclaiming that all creatures in all of existence on earth were created at the same time, as the Bible says, during the “seven days” or God’s creation of the universe (and species purportedly retain their exact original form except for extinctions). Which is to say that human beings obviously must have lived at least initially with dinosaurs, right?

Except they provably didn’t. For one thing, zero humanoid fossils exist adjacent to discovered dinosaur bones or any other kinds of fossil evidence. That’s a tell.

Christian believers are just trying to invent evidence that their sacred Bible’s “truths” square with reality, because no authentic evidence exists to corroborate biblical assumptions about the history of life on earth.

“Those suggestions are part of an attempt to dispute the separation of humans and pterosaurs so as to cast doubt on the passage of tens of millions of years, which in turn, is meant to cast doubt on the evolution of all organisms from a common ancestor. It’s a standard creationist tactic.”

As far as can be substantiated, these mythical creatures exist but only figuratively in American Plains Indian traditional religious culture, apparently deriving from a common fable of a native hunting party seeing a giant birdlike form fall from the sky during a thunderstorm and effecting an era of plenty.

Senter said the bogus pterosaur/human nexus was first posited in a film by Paul S. Taylor, titled The Great Dinosaur Mystery (1979). The film and a related children’s book (evangelicals are always targeting kids), “widely cited as authoritative sources by anti-evolution authors,” he said, contains a stack of accounts of supposed human encounters with pterosaurs and other dinosaurs.

Most of the accounts have been specifically investigated and “shown to be misrepresentations of ancient and medieval art and folklore,” Senter notes.

And that’s part of the problem. Objective investigators of religious dogma waste huge amounts of time and effort compiling facts to formally debunk what is already manifestly bunk, whereas creationists, of course, have no facts to back their supernatural claims and so are free to just stipulate things without having to secure corroboration in reality.

Absolute lack of evidence testifies eloquently that there is no God, no Santa Claus, and no thunderbirds (a.k.a. pterosaurs) ever co-mingling with humankind at any time in history.

People who value evidence and reason over fantastical imaginings could save a whole lot of valuable time by just stipulating from the onset that things people insist exist without an iota of material evidence don’t. 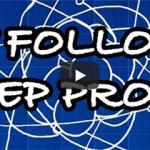 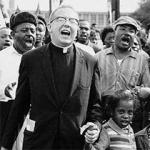