The Satanic Temple urges you to donate blood, not drink it

The Satanic Temple urges you to donate blood, not drink it September 4, 2019 Rick Snedeker

In a brief synopsis, the online cinema-database site IMDb reports this on the storyline of a recently released new Penny Lane documentary about the group, titled Hail Satan?:

“With unprecedented access, HAIL SATAN traces the rise of the Satanic Temple: only six years old and already one of the most controversial religious movements in American history. The Temple and its enigmatic leader Lucien Greaves are calling for a Satanic revolution to save the nation’s soul. But are they for real?”

In fact, they are absolutely for real.

A nontheistic-religious and political-activist group based in Salem, Massachusetts (yes, that Salem of witch-hunt infamy), the organization was created in 2013 to be recognized, for tax-exemptions purposes, as a church, and now operates in 13 U.S. states and Canada.

The Temple’s mission, as stated on its website, is “to encourage benevolence and empathy among all people, reject tyrannical authority, advocate practical common sense and justice, and be directed by the human conscience to undertake noble pursuits guided by the individual will.”

Using its trademark tongue-in-cheek satanic imagery, the Temple promotes  egalitarianism, social justice, and the separation of church and state.

Among its activist projects, the group has, according to its website:

The group also encourages others to do such godless things as donate blood; collect socks for the homeless; conduct after-school kids’ clubs (as evangelical Christians do) to teach the Temple’s nonsupernatural, humanist values; and clean-up public beaches (using small pitchforks — “a cute touch,” the BBC reported in an article this summer.

U.S. film-maker Lane in Hail Satan? retraces the Temple’s attempts to mitigate, through its increasing political influence, what it sees as Christianity’s unconstitutional encroachments on American life. The Temple currently claims some 50,000 members. The BBC article reported on how the Temple has responded to the faith’s continuous insinuation in U.S. culture:

“That creeping theocracy results in a monument to the Ten Commandments being offered pride of place at the Oklahoma State Capitol building in Oklahoma City.

“The Temple’s response is to ask for a space for their own statue of the Satanic deity Baphomet in a bid to restore some kind of cosmic religious balance, all the while preaching a doctrine in support of social justice and human rights.”

The group’s modus operandi — it’s MO — is at once a little creepy (for political effect, not devotion), whimsical and serious.

Temple founder Greaves (not his real name, to protect his family) is primarily trying to wake up Americans to the fact that Christians are working in insidious ways to Christianize America’s secular republic.

“We want people to evaluate the [idea of the] United States being a Christian nation. It’s not,” Greaves says in the film’s trailer, figuratively putting quotes around that inherently wishful phrase.

Documentarian Lane said she initially thought the Satanic Temple was “a very funny joke,” but, “The more I looked into it, the more rich and confusing and provocative and interesting it became.”

“It’s not a gimmick, you know,” Lane told BBC, “but it is a kind of acknowledgement that religion is fundamentally about things that are deeply believed but not provable.”

In the 1980s and ’90s, Lane said, a kind of mindless Satanic panic gripped America, when lots of people believed actual Satanists were “doing evil things like murder and torturing animals and raping children in the name of Satan.” Except they weren’t.

Many accused Satanists were convicted of illegal acts and sent to prison in that period, Lane says, although “there were no Satantists … no secret underground.” Just fear, exactly like the kind that roiled in 17th-century Salem, when hundreds were imprisoned and 19 innocents executed for “witchcraft.”

“As Lucien says in the film,” Lane says, “he learned the real evil was in the witch hunt itself. And it’s something that we have to remember as a society that we are capable of doing.”

And we should also remember that, as we remind ourselves that witches aren’t actually a thing, that evangelical Christians are hard at work in schools across the country teaching children that invisible beings are not only a thing but rule their lives. 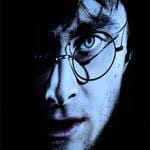 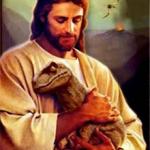 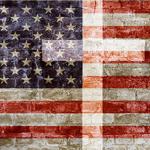