Why should parents be allowed to enforce religion on their children?

An op-ed last week in the New York Daily News reminded me of something barely ever mentioned that’s crucial to the church-state, religious-freedom debate:

What about the too-often-debilitating effects of enforced supernatural religion on children? What, legally and constitutionally, can be done about that?

If you think this is an invented, exaggerated issue, take the time to read these searing personal accounts of religion-scarred children of different faith traditions now all grown up and fighting back: Educated by Tara Westover  (see my review here), The Atheist Muslim by Ali Rizvi (see my review here), and The Clergy Project, the last being a website devoted to stories of apostate former pastors and priests.

These frank, first-person accounts all expansively illustrate the broad suffering of children raised with the fantasies of fundamentalist religious belief, the coercive power of organized religions and the rigid, intolerant communities they foster.

Besides wrenching angst, these unwitting apostate children endure yawning intellectual and practical deficits when they leave their faith communities — shunned by family and lifelong friends — and journey into an alien, unfathomable secular world.

These wages of egregious religious abuse can’t just be waved away under the rubriks of “religious freedom” and “parental rights.” What about kids’ rights?

In her Daily News op-ed — “The limits of religious freedom: America must come to grips with when faith groups limit personal liberty” — Torah Bontrager, who was raised in a strict Amish family and community, wrote:

“When I escaped my community in Michigan in the middle of the night at age 15, I arrived in mainstream society laden with fears that had been reinforced through a limited Amish education that ended at the eighth grade. I’d acquired little secular knowledge thanks to a 1972 U.S. Supreme Court case Wisconsin vs. Yoder, which found that Wisconsin’s compulsory school attendance law was unconstitutional because it violated Amish parents’ rights to exercise their religion. As a result, I had no knowledge of science, sex education, or any subject contrary to Amish religious views. Had I not escaped, the Supreme Court ruling would have sealed my fate: becoming an ignorant Amish housewife.”

Note the gravity of the word “escaped” in that passage. It reflects the reality of naturally nonreligious children everywhere raised in an environment of intense religious indoctrination that feels like a prison. But there often seems no escape because most children are in thrall to parental ideas and, in any event, lack the power to effectively resist or reject them before well into adolescence.

By then, it is crucial to point out here, it is often too late, because indoctrinated ideas naturally insinuate themselves into a child’s attitudes and beliefs so deeply they are, for all intents and purposes, and for most kids, already permanent by the time they can rationally challenge them.

“Freedom of religion and freedom of speech allow people to believe and say what they want in this country. But I know from firsthand experience that religiously driven myths reinforced by leaders can harm children’s lives and thwart their potential,” Bontrager wrote.

“Like many Christian children, my Amish upbringing instilled in me the belief that Jesus’ return would be preceded by devastating conditions including floods, earthquakes, droughts, tornadoes, crop failures and fires — basically all the things climate change is unleashing. With no adequate education to temper these beliefs, fear of the coming apocalypse traumatized me. Had I stayed in the religion, recent weather patterns would no doubt have had me praying doubly hard.”

Soon after leaving her religious fold, Bontrager’s “hunger for empirical answers” launched her on a campaign to educate herself, eventually earning a high school GED diploma and later an acceptance letter from Columbia University. At Columbia, she said she was “shocked to learn that many of my professors weren’t aware that the highest court in the country had set a precedent in favor of extremist religion over my basic rights.”

She says it’s not an inconsequential reality.

“Over and over, I’ve seen how the [American cultural, legal and educational] system regularly protects religious sects as they harm children — from a failure to educate them to a failure to physically protect them.”

The lack of physical protection extends to ignorance about dangerous realities in the world, including sexual abuse and sexually transmitted diseases, to name two. Homicidal cults like the Branch Davidians and People’s Temple, which combined murdered more than 1,000 members of their true believing, apocalyptic flocks, to name two more.

“There’s something deeply disturbing, if not quite apocalyptic, about a society that again and again mistakes religious control over people’s lives for religious freedom,” Bontrager wrote. “It’s time to turn the tables.”

In England on the other hand, children, even in religious schools, legally have a right to refuse to attend worship services or pray. The United Nations Convention on the Rights of the Child (of which the U.S. is practically alone as a non-signer, due to religious-freedom and parental-rights worries) gives children the right to their own beliefs, separate from their parents’.

There may be lawsuits against this, but it’s part of an encouraging secularizing trend, as the nation grows less and less religious (about a quarter of the population now do not identify with any religion, including a large subgroup of atheists — see my related earlier post on this trend here).

What are the chances of laws being passed prohibiting parents from not properly educating their children in the empirical realities of existence (e.g. evolution and climate change) or from indoctrinating them with unprovable, manifestly false doctrines — all of which promises to stunt their intellectual growth lifelong and steal their personal autonomy?

This is a fundamental issue, because, as church leaders know only too well, the future of faith is in indoctrinating children — early, rigorously, often.

As parents shouldn’t be able to allow their children to avoid vaccination and thus risk everyone else’s health due to imaginary reasons, should they then be allowed to teach them dangerous fantasies as facts from crib through high school?

Both threaten the physical and rational health of the nation, and of its children, and America’s ability to materially protect itself and move forward with clear eyes into the future.

The secular, democratic republic that the Founding Fathers envisioned requires a rational, educated populace to function effectively. With so many children raised with religious blinders obscuring reality, how can we hope to achieve that? 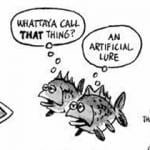 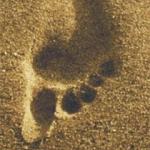