U.S. Attorney General Bill Barr delivered a 37-minute speech Friday at Notre Dame University that should frighten and disturb everyone committed to separation of church and state. (See a video of the speech in The Hill, here.)

Speaking at the law school’s De Nicola Center for Ethics and Culture — note that media were ushered out before the concluding question-answer period began — Barr “decried what he saw as a concerted attack on religious freedom perpetrated by state governments that use laws as a ‘battering ram to establish moral relativism,’” according to an Oct. 11 Indianapolis (Indiana) Star online report.

Barr, a devout Catholic, contends that “ground zero” in this alleged war he sees being waged by secularism against the Judeo-Christian religious tradition is America’s schools, where he laments state governments are working to keep out God and Jesus.

“To me this is the most serious challenge to religious liberty today,” Barr told the Notre Dame audience. “When the ‘passing on of the faith’ by parents to their children is impeded by the government, a ‘monstrous invasion of religious liberty’ results.”

Except, of course, that’s not what state governments are doing. Many state legislatures have already succeeded across the country in passing laws requiring schools to prominently display the inherently religious phrase “In God We Trust” in multiple locations. And the U.S. Supreme Court has ruled to allow extracurricular Bible-study clubs to meet within public and private schools, and evangelical groups have founded such clubs far and wide, using student members to recruit and proselytize other students. So, God is alive and well in the U.S. education system.

However, it is true that some states are working hard to keep settled science, like the realities of biological evolution and climate change, in school curricula, while keeping Christianity-driven faux-science “creationism” and its ilk out, along with bogus science denial. But that’s exactly as the founders intended.

Barr’s pro-Christian speech at Notre Dame should be viewed in the context of its patent violation of the U.S. Constitution. The First Amendment prohibits government and its officials (such as Barr, the nation’s top law enforcement officer) from “promoting one religion over others,” as Cornell University Law School’s Legal Information Institute explains, and the Founding Fathers pointedly emphasized the need for a “wall of separation” between church and  state.

In a nutshell, Barr’s argument in his Notre Dame speech is that the Judeo-Christian religious tradition is essential and elemental to America above all other faith traditions, and that secular creeds cannot replace it.

“Among the militant progressives are so many so-called ‘progressives,’ but where is the progress?” Barr stated. “We are told we are living in a post-Christian era, but what has replaced the Judeo-Christian moral system? What is it that can fill the spiritual void in the hearts of the individual person? And what is the system of values that can sustain human life? The fact is that no secular creed has emerged capable of fulfilling the role of religion. This is not decay. This is organized destruction. Secularists and their allies have marshaled all the forces of mass communication, popular culture, the entertainment industry, and academia in an unremitting assault on religion and traditional values.”

Barr is among many other evangelical, fundamentalist Christians now in government, including in the Trump administration, who are purposefully promoting Christianity in public policies, such as in favor of school prayer, and against legal abortion and church-state separation.

This, despite their undeniable knowledge that the president they serve is among if not The most patently un-Christian American commander-in-chief ever, if personal morals and behavior, compassion and forgiveness are factored in. This is what we call hypocrisy. When did Jesus say, “The ends justify the means?”

All this begs the question, why is it OK for the attorney general of the United States to be evangelizing for Christianity (and, only obliquely, Judaism) at a public forum in his official capacity? Is that not, in effect, “promoting one religion over others?”

Without evidence, he directly linked the erosion of Judeo-Christian values in America to virtually every ill now afflicting the nation, including illegitimate births, drugs and moral decay.

“Along with the wreckage of he family, we are seeing record levels of depression and mental illness, dispirited young people, soaring suicides rates, increasing numbers of angry and alienated young males, an increase in senseless violence and a deadly drug epidemic,” he said in his speech. “By any honest assessment the consequences of this moral upheaval have been grim. Virtually every measure of social pathology continues to gain ground.”

In all honestly, I’d argue that all these awful social actualities in the U.S. could just as easily be blamed on tight-fisted, hard-hearted Republican economic and social policies that vastly favor the rich over the poor and leave millions of despondent yet blameless citizens in the eternal dustbin of the American dream.

There’s zero evidence that secular, humanist values cannot build a society of even greater stability and compassion that previous Judeo-Christian iterations. In fact, there’s a lot of evidence that non-religious values could create a kinder and gentler but still prosperous America. Certainly, the religious oppressions of the past have spawned centuries of misery among many Americans. Just take the Catholic Church’s appalling priestly pedophilia scandal, for one, which continues to globally expand.

But Barr still insists we are all rudderless without religion.

“Modern secularists dismiss this idea of morality as otherworldly superstition imposed by a killjoy clergy; but, in fact, Judeo-Christian moral standards are the ultimate utilitarian for human conduct,” Barr told attendees at his Notre Dame speech. “In other words, religion helps frame a moral culture within society that instills and reinforces moral discipline.”

Well, it’s absolutely fair to argue that Christianity-derived morality is “otherworldly superstition,” because it is based on things that have never been irrefutably confirmed to even exist in reality. People just choose to believe them.

But what does exist in reality is the American Founding Father’s great wariness of religion being insinuated into government — as Barr was trying to promote in his speech — and evolving into a kind of celestial tyranny.

Be afraid, you heathens. Be very afraid. 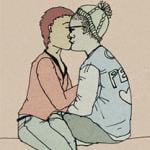 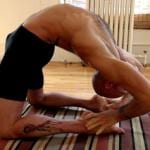 October 15, 2019 Yoga enthusiasts long to touch their toes more than God’s face
Recent Comments
0 | Leave a Comment
Browse Our Archives
get the latest from
Godzooks: The Faith in Facts Blog
Sign up for our newsletter
POPULAR AT PATHEOS Nonreligious
1

Beach Reach: What It's Really About
Roll to Disbelieve
Books by This Author Books by Rick Snedeker