The decision showed that the issue of prayer endorsed by public bodies is as much a problem in Canada as it is here in the United States, even if America’s Supreme Court is unwilling to view the religious practice as inherently sectarian and divisive, as Canada’s high court does.

Note that the U.S. Constitution and Canada’s Charter of Rights and Freedoms (and the Quebec Charter) all have nearly identical aims: that the state ensure no particular religious belief “should be favored or hindered.”

The Saguenay case’s road to the Canadian Supreme Court began in 2006, when Quebec atheist Alain Simoneau and a secular-rights group filed a complaint protesting the Catholic prayer (recited by the mayor) that commenced council meetings. Beginning and ending the prayer, Simoneau pointed out in his complaint, council members and other city officials in attendance would make the “sign of the cross,” signifying “the Father, the Son and the Holy Spirit,” the Catholic notion of a tripartite God.

Simoneau also decried that one council chamber displayed “a Sacred Heart statue fitted with a red electric votive light,” and a crucifix was hanging on a wall of another room, according to a report in Slate. He asked that the prayers cease and that all religious symbols be removed from council chambers.

The Slate article tracks the case’s progress through the legal system:

“In 2011, Quebec’s human rights tribunal ordered that the prayers stop, demanded that the crucifix in the city council chamber be removed, and awarded $30,000 in damages to Simoneau. That decision was overturned in 2013 by Quebec’s Court of Appeals, which determined that the prayers ‘expressed universal values’ and ‘could not be identified with any particular religion.’ The mayor of Saguenay argued that this was a fight to preserve the city’s Roman Catholic heritage. According to the Court of Appeals, Simoneau had not been discriminated against on the ground of freedom of conscience and religion, any interference with his beliefs was ‘trivial or insubstantial,’ and the religious symbols were works of art.”

Each pushback against Simoneau’s complaint reveals the same indefensible bias that contorts American courts’ moot decisions on public prayer: that honoring God is, somehow, not inherently religious and sectarian, but rather an effort to preserve aspects of cultural heritage.

Canada’s justices, however, wrestling with a broader conflict in Canada about religion, race and identity, along with the historical preservation of religion iconography and values, saw the illogic and inequality inherent in that defense, stating in their ruling:

“The prayer recited by the municipal council in breach of the state’s duty of neutrality resulted in a distinction, exclusion, and preference based on religion — that is, based on [the complainant’s] sincere atheism — which, in combination withy the circumstances in which the prayer was recited, turned the meetings into a preferential space for people with theistic beliefs. The latter could participate in municipal democracy in an environment favorable to the expression of their beliefs. Although non-believers could also participate, the price for doing so was isolation, exclusion, and stigmatization. This impaired [the complainant’s] right to exercise his freedom of conscience and religion. … Even if it [a practice] is said to be inclusive, it may nevertheless exclude non-believers.”

The decision added that the Saguenay city council’s proposed remedy of a moment of silence before prayer “so the objectors could exist and then re-enter the council chamber” was insufficient and actually “had the effect of exacerbating the discrimination” but further isolating nonbelievers, Slate reported. The court had used similar reasoning in a previous school-prayer case.

Sectarian prayer before any legislative sessions throughout Canada were thereafter prohibited due to the high court’s Saguenay ruling, but Slate reported then that, “Cities around the country are trying to assess what that means, and some plan to simply flout the ruling.”

I was unable to determine how broadly municipalities are complying with the decision today, however a study — House of Prayers — published this year by the British Columbia Humanist Association, indicates that implementation of the spirit of the decision in elected bodies nationwide is a work in progress.

The study report notes that the speaker of British Columbia’s Legislative Assembly still invites a member of the body to lead a prayer at the start of each session. The Humanist Association surveyed Assembly prayers from 2003-2019 to “better understand their content, and the practices that surround them.”

“[T]he report seeks to establish the extent to which this practice fairly reflects the diversity of BC, and inform inquiry into whether or not this practice is acceptable in a modern, multicultural province,” the document explains.

“Prayer in the BC Legislature favours Christianity over other faith traditions, favors religious belief over irreligious belief, and it violates the state’s duty of religious neutrality. This report concludes by recommending that the BC Legislature abolish the practice of opening sittings with a prayer, and that it be replaced with nothing, a First Nations territorial acknowledgement, or a time for silent reflection. Should the BC Legislature wish to reform this practice, rather than abolishing it, the report concludes with several options designed to render the practice less discriminatory.”

Meanwhile, in the U.S., the Supreme Court continues to take the position that exclusionary, divisive prayer in meetings of elected bodies remains, in effect, a “trivial or insubstantial” consideration compared to upholding traditions that at heart are irreducibly sectarian and religious. 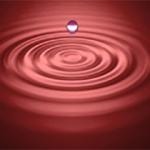 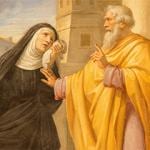