I’ll get to the new Quebec law in a moment, but first some background.

One problem with “religious freedom,” as many believers choose to understand the term, is that it seems to affirm that what religions believe is not only valid in all social contexts but also sacrosanct.

In other words, you can’t mess with dogma or its material manifesatations.

In fact, religious dogma — the supernatural kind — has no factual basis in reality. It’s just ideas people choose to believe, based on imagined but unverifiable notions, such as “heaven” or “hell,” which have always been absent in the real world of bone and stone.

Still, the faithful, particularly evangelical Christians in present-day America, continue ever-more-resolutely to insinuate their religious dogma in the public square, which is an assault on the quarter of the population (and growing) that is largely irreligious and wants public policy based on fact, not fancy.

This kind of social and political pressure by a majoritarian religion (70 percent of Americans still identify as Christian) is exactly the kind of coercive environment the Founding Fathers sought mightily to avoid by embedding religious freedom in the Constitution and promoting an ethos of church-state separation.

However, this freedom, as the founders envisioned it, was the freedom of individual Americans to practice the faith of their choice free of government interference. This was to be achieved by explicitly prohibiting the government from interfering in citizens private religious beliefs.

Nonetheless, religious zealotry being what it is, the faithful of the majority religion, believing it harbors the “one true faith,” has relentlessly over centuries tried to insert their beliefs as deeply as possible into the nation’s intertwined secular as well as religious fabric.

That’s the problem. The end game of such religious propagation, for example, is laws currently on the books requiring all schools in many states to prominently post signs with this inherently religious phrase: In God We Trust.

This is a travesty on nonbelievers (and most unforgivably, on their children), inflicted by the religious majority that holds the reins of political power.

Other countries have been more forceful in pushing back against religious influences that are alien to long-cherished nonreligious values, such as France’s vaunted secularism.

To this end, France in 2011 banned public wearing of full-face veils (burka or niqab) commonly worn by devout Muslim women. The French decided that such overt religious displays were an insult and a threat to the country’s constitutionally enshrined secularity. The French Revolution in the eighteenth century threw off the double yoke of monarchy and Catholicism to reach its secular promise land. So, keeping religious influence out of the public square is fundamental and deeply serious to the French.

Legal bans on full-face veils are also in effect in Belgium, Austria and Denmark, while other countries are mulling similar measures nationally or in local jurisdictions.

On the other hand, in America, we have God on our money and allow Sikh soldiers to ignore standard military dress rules and keep their religiously mandated long hair and turbans.

Quebec province, Canada, on the other hand, is more like France.

In June, Quebec’s provincial lawmakers passed Bill 21, officially titled “An Act Respecting the Laicity of the State,” with “laicity” meaning “secularity,” independence from religious influence. The controversial bill, now law, makes Quebec “the first state or province in North America to ban Muslim head scarves and other religious symbols, including Jewish kippahs, Sikh turbans, and Christian crosses, among some public servants,” according to a July online article in Atlantic magazine.

Although some blowback from religious communities has erupted, polling shows the new law is widely popular. Polls indicate 63 percent of Quebecers support a ban on judges, police officers, and prison guards wearing religious garb and symbols, and 59 percent think teachers should be prohibited from doing the same, the Atlantic reported.

The law isn’t monolithic. It only applies to new hires or those who change jobs within an organization, but this would necessarily impact existing employees in authority as they change positions in public schools, courtrooms, law enforcement agencies and elsewhere.

Because Quebec has long been uncomfortably under the thumb of the Catholic Church, a majority of Quebecers today believe that state secularism should trump other concerns, such as unrestricted religious freedom. In fact, Bill 21 itself is explicit on that: “It is important that the paramountcy of State laicity be enshrined in Québec’s legal order.”

As writer Jillian Kestler-D’Amours explained in her Atlantic piece:

“The law’s supporters present the measure as being intrinsically part of the province’s identity. Being a Quebecer, they say, means believing that religious symbols might be fine in private, but that public servants shouldn’t be allowed to wear them, lest they impede their decision making at work.”

However, there was the evident problem of hypocrisy, considering a large Catholic cross that hung for decades on the wall of the provincial Parliament in Quebec City. The government argued — Does this sound familiar, Americans? — that the cross was “cultural, not religious.”

But the government removed the cross in July in solidarity with Bill 21 and its intention to limit public access to all religions equally.

The new law was a long time coming. In 2008, a commission appointed by the Quebec government had called for “reasonable accommodation” to the religious practices of immigrants to help integrate them in a country that prides itself on multicultural harmony.

That initiative’s results were apparently disappointing, leading to Bill 21.

The day after Bill 21 became law this year, the National Council of Canadian Muslims (NCCM) and the Canadian Civil Liberties Association filed suit against its enactment. The suit argued that the government was “legislating the practice of religion.”

This November 26, the Quebec Court of Appeal will review an earlier low-court decision denying the plaintiffs’ request that the law be suspended.

Such cases spotlight the importance of church-state separation in multicultural democracies. Indeed, if religion gets an inch into the public square it always tries to take a mile. 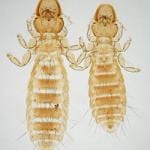 October 12, 2019 What do head-lice taboos and religious faith have in common?
Recent Comments
0 | Leave a Comment
Browse Our Archives
Follow Us!