Evangelicals see Trump as way to enjoy faith and vengeance, too

Why do so many evangelical Christians remain so deeply enthralled by a president who not only ignores most fundamental principles Jesus supposedly espoused but constantly disparages them?

Where is the compassion, kindness, love, charity and forgiveness in the “leader of the free world” and his aggressively combative administration, which is all about selfishness, toughness, power and revenge?

I read a couple of articles this week that offered some compelling answers to those questions.

In a nutshell, the theory is that evangelicals have glorified Donald Trump as a proxy champion against all their purported enemies — indeed, as literally “God-sent” — in a culture they see as rapidly secularizing and disrespectful of religion.

In other words, such Christians are able to maintain their self-delusion of Christian righteousness and personal integrity while at the same time fervently encouraging the wanton destruction without mercy of their nonreligious rivals.

So much for loving your enemies and turning the other cheek.

“That the thrice-wed, dirty-talking, sex-scandal-plagued businessman actually managed to win the steadfast moral support of America’s values voters, as expressed in routinely high approval ratings, posed an even stranger question: What happened?,” wrote Elizabeth Bruenig in an August essay in the Washington Post, titled ““In God’s country: Evangelicals view Trump as their protector. Will they stand by him in 2020?”

It seems that “Trump is able, by being less Christian than your average Christian, to protect Christians who fear incursions from a hostile dominant culture,” Bruenig wrote.

It is a way for evangelicals and their leaders to sanitize themselves from themselves, and from the president’s toxic brew.

“But that paradox also supplies a handy solution to the question of whether Christians should direct their efforts to worldly politics or turn inward, shunning political life for spiritual pursuits,” Bruenig wrote. “By voting for Trump — even over more identifiably Christian candidates — evangelicals seem to have found a way to outsource their fears and instead reserve a strictly spiritual space for themselves inside politics without placing evangelical politicians themselves in power. In that sense, they can be both active political agents and a semi-cloistered religious minority, both of the world and removed from it, advancing their values while retreating to their own societies.”

A native Texas, Bruenig traveled back to her largely conservative Republican, evangelical home state to interview people and get a sense of where they were at politically going into the 2020 presidential campaign.

Among those she talked with were Lola Vinson and Wes Helm, members of a multiracial, progressive activist community named Faith in Texas that’s focused on social-justice issues, like criminal-justice-reform, in coordination with religious groups. Vinson and Helm told Bruenig that organizing community groups and collaborating has become far more difficult under the Trump administration.

“I see [Trump] as a figurehead, a representation of just a much larger . . . insidious movement and ideology. None of this is new,” she added. “It’s just now been emboldened and brought to the surface because there’s someone on such a large platform with seemingly all the power uplifting this toxic rhetoric.”

Helm said the evangelicals he works with have an increasing sense of “being under attack,” which leads them to believe they only have a “binary choice,” like “I have to back Trump, because we’re in the middle of a war for our country.”

But he also worries about “spiritual costs” as evangelicals try to play devil’s advocate for the president on such controversial, manifestly un-Christian policies as separating immigrant children from parents.

“[It’s] very much of a devil’s bargain of like — yes, he’s awful; yes, he does not represent our values; but he’s allowing us to pack the courts with justices who do.”

So much for “good faith” and fairness.

There’s also the often-unacknowledged reality at the core of fundamentalist evangelicals’ worldview that fuels their fervor: a belief in catastrophic End Times and an urgent sense that the Apocalypse prophesied in the Bible is near — and that as perceived persecution of Christians grows worse, the end also grows nearer.

So much for reason.

In her editor’s column in the latest issue of The American Humanist Association’s The Humanist magazine, editor-in-chief Jennifer Bardi had a slightly different theory than Bruenig’s on Trump’s appeal to fundamentalist faithful. In “King of This World: Irreligious Trump Remains Popular with Evangelicals,” she wrote:

“In a sense, you could say evangelicals chose Trump because he chose them, making it clear he was willing to do whatever it took to gain their loyalty and strengthen their agenda,” Bardi wrote. “To act as the heavy, the fixer; the money and the muscle. (Remember what Trump said at the 2016 Republican National Convention: ‘I alone can fix it.’).

Trump also catered to such longed-for fundamentalists goals as moving the U.S. Embassy in Israel from Tel Aviv to controversy-plagued Jerusalem, ordering the move last year.

“For a not insignificant population of evangelicals,” Bardi wrote, “reestablishing the borders of Israel according to what God promised in the Bible is key to bringing about the apocalyptic end times and the second coming of Jesus.”

We forget at our peril that evangelical concerns are not rational, evidence-based fears and attitudes but notions entirely based on religious fantasies and “prophesies” in an ancient book written by human beings, not the divine.

It leads far too many Americans to blindly accept the unacceptable. It leads to a wildly un-Christian man being enthusiastically elected by faithful Christians to lead an entire country into what promises to be an underworld. 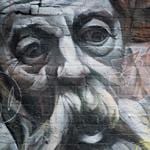 October 28, 2019
A moving story of Jesus, survival and devalued human agency
Next Post 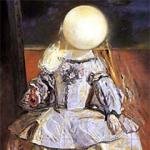 October 30, 2019 Who says 2+2=4? Seattle Public Schools wants to know.
Recent Comments
0 | Leave a Comment
Browse Our Archives
get the latest from
Nonreligious
Sign up for our newsletter
POPULAR AT PATHEOS Nonreligious
1