During the last school year, 26,217 students at public and private schools throughout New York had religious exemptions from standard vaccinations, and 266 students in a single county (Rockland) contracted measles, including 16 who were hospitalized.

This shows the fraught nexus between the responsibility of government to protect the health and safety of its citizens and those citizens’ constitutionally authorized private religious freedom.

If citizens are legally empowered to refuse to vaccinate their kids, claiming religious freedom when inoculations purportedly violate the tenets of their faiths, then potentially fatal infectious diseases such as measles gain a vital a window of opportunity to spread.

The question is, which is the greater good: protecting religious freedom or protecting public health when they are in conflict?

This question is again relevant as the new school year begins in America in an environment where most states and school districts generally require immunizations for enrollment, and legal religious and philosophical exemptions due to parental objections against inoculations are steadily being eroded by state legislatures.

Earlier this summer, the New York State Legislature in Albany passed Assembly Bill A2371A, then signed by Gov. Andrew Cuomo, which terminated previously legal measles vaccination exemptions based on religious beliefs (legal exemptions for mumps and rubella vaccinations remain in place). It was the latest move by lawmakers in the U.S. to curb an expanding measles outbreak — the worst in decades, according to the Centers for Disease Control (CDC), according to a National Public Radio (NPR) report online.

“The science is crystal clear: Vaccines are safe, effective and the best way to keep our children safe,” Cuomo said after signing the bill, according to NPR. “While I understand and respect freedom of religion, our first job is to protect the public health and by signing this measure into law, we will help prevent further transmissions and stop this outbreak right in its tracks.”

New York Assembly lawmaker Kenneth Zebrowski, who represents measles-rocked Rockland County, agrees with the governor’s assessment of his public duty to constituents and the state at large.

“Our job as legislators is to prevent epidemics,” Zebrowski stressed, not just react to them.

The 266 measles cases cited above were all in Zebrowski’s county, most of them concentrated in areas heavily populated by ultra-Orthodox Jews who shun vaccinations, according to NPR.

Dr. Howard Zucker, the state’s Department of Health commissioner, warned that despite an overall 96 percent vaccination rate, preventable diseases like measles threaten public health when legal loopholes result when even a fraction of children go unvaccinated. He said non-inoculation carries “the potential to harm communities — and especially our most vulnerable residents.”

Brooklyn Judge Lawrence Knipel dismissed a suit by parents against the law filed after its passage, ruling that state officials had not exceeded their authority with the new law, NPR reported at the time.

“A fireman need not obtain the informed consent of the owner before extinguishing a house fire,” Knipel wrote in his ruling as quoted by Gothamist. “Vaccination is known to extinguish the fire of contagion.”

Successful vaccination over many decades have saved tens, perhaps hundreds, of millions of lives and stamped out once devastating epidemics of virulent diseases such as measles, polio and smallpox. Measles was virtually wiped out in the U.S., but is making a comeback in communities with high religiosity and low vaccination rates.

To pragmatic people, it may seem a no-brainer to prioritize public health over religious freedom, but it’s not a universal opinion.

The New York Assembly’s pro-vaccination bill that removed religious exemptions was not a slam dunk. It passed comfortably but not by a landslide in the Assembly, 77-53, and only by a 36-26 margin in the Senate.

But it is now law, and that is a rational result.

A number of other states, including California, Mississippi and Arizona, previously passed laws banning vaccination exemptions for religious reasons, but prescribed exemption options remain in place for most states.

In a Washington Post op-ed this week, Albany, NY, writer Kate Cohen said such exemptions are part of a pattern of religious privilege in America that can, as in the case of inoculation resistance, threaten others.

“‘Religious belief’ can exempt churches and schools from providing contraceptive health services to their employees,” Cohen wrote. “In some states it lets pharmacists refuse to fill prescriptions, elected officials refuse to do their jobs and businesses refuse certain customers. It soon will let businesses with federal contracts discriminate in their hiring. And in nine out of 10 states it lets parents put other people’s children at risk.”

However, as a nation founded on evidence-based, practical principles of the Enlightenment, shouldn’t we rationally govern ourselves based on the self-evident facts of our reality, not the wispy fantasies wafting about in our imaginations?

And, without question, the astonishing success of vaccinations globally over centuries to save lives is by now a well-documented fact. Meanwhile the jury’s still out, of course, on the veracity of supernatural religion. 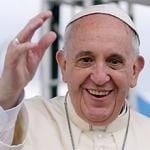