Montana education-funding case an assault on freedom from religion

The U.S. Supreme Court is expected to rule on a case in January that clearly reveals the strategy of evangelical Christian activists to gain legal approval to tax-fund primary and secondary religious education in America.

Christian Right plaintiffs in Espinoza v. Montana Department of Revenue seek to overturn a Montana Supreme Court rule upholding church-state separation to prohibit the use of a state tax-credit program to pay for religious-school education.

At issue is whether Montana must also fund religious schools when the benefit of state-funded education flows to secular schools.

“The case threatens the state’s ‘No Aid’ provision that bars public funds from being used for religious purposes either directly or indirectly, and it could upend efforts of any state to keep religious institutions from receiving public dollars,” the secular nonprofit Center for Inquiry (CFI) wrote in a recent newsletter about the case.

CFI, the Freedom from Religion Foundation (FFRF) and other secular organizations have formally joined forces to encourage the court “to reject this unconstitutional attempt to wring money out of state coffers for the benefit of private sectarian schools,” which means mainly Christian schools in the U.S.

In a “backdoor” attempt to fund religious education with taxes in Montana by circumventing the state’s Constitution, the Legislature had passed a measure in 2015 allowing dollar-for-dollar tax credits to education-program donors that could then be used for finance students’ private, including religious, schooling. The Department of Revenue then issued a rule barring religious schools from receiving such funds.

Espinoza v. Montana Department of Revenue is the evangelical opposition’s attempt to overturn the rule and reactivate the prior legislation.

“Montana’s state constitution is crystal clear on the question of using taxpayer dollars to fund religious schools. You can’t. You just can’t,” said Nick Little, CFI’s vice president and general counsel. “That’s why it was a straightforward decision for the Montana Supreme Court to scrap the program, and why it’s so ridiculous that the Supreme Court of the United States is now being asked to reanimate what is a legislative corpse best left to rest in peace.”

In a brief amicus curiae filed in support of the revenue department’s argument, CFI wrote:

“This case is not about discrimination; it is about government-compelled support of religion. Above all, religious freedom means that no taxpayer is compelled to financially support a religion or religious education that is not their own. ‘No Aid’ clauses, including the Montana Constitution’s, foster and protect the religious freedom of all citizens by enshrining this principle. Montana’s neo-voucher program violated the Montana ‘No Aid’ clause and, therefore, this basic principle. The principle underlying No Aid Clauses—that taxpayers cannot be forced to support religion or religious education—dates to America’s founding and was uniformly accepted after years of experience. The American experiment in separating state and church succeeded. We lack the oppressive history of government-enforced tithing. As a result, some fail to understand that the No Aid principle actually protects religious freedom.”

Professor Frank S. Ravitch, chairman of  Law & Religion at Michigan State University College of Law, had a different take in an article in Scotusblog for a symposium on the pending case.

Ravitch contends that the Supreme Court should uphold the Montana high court’s rule invalidating the tax-credit program because the program “overwhelmingly would have benefitted — and may have had the unstated (read: not openly stated) purpose of benefitting — religious private schools.” However, he also believes that the Supreme Court will overturn the Montana rule, which he suggests would be a “mistake.”

He explains that in its earlier Locke v. Davey and Trinity Lutheran Church v. Comer cases, the court came to divergent decisions regarding tax funding for college “devotional,” or religion-related degrees (they ruled should not be allowed), and public funding of a religious school’s playground, respectively (it should be allowed).

Ravitch said the problem, to which the court alluded previously, is “play in the joints” between state and federal concerns about government promotion of religion. He said opponents of the Montana rule will likely win the case not because “play in the joints” is a clear concept but because it “reflects a broader interest in balancing” state and federal free-exercise concerns.

In its Supreme Court brief in the case, CFI argues that people seeking tax-funded education opportunities in Montana are misguided.

“In this case, Montana Christians claiming discrimination have drowned out that basic principle. But it remains true nonetheless. The constitutional prohibition on states taxing citizens for the benefit of religion, directly or indirectly, guarantees religious liberty for all,” CFI wrote. “As Thomas Jefferson explained in the Virginia Statute for Religious Freedom, ‘to compel a man 5 to furnish contributions of money for the propagation of opinions which he disbelieves and abhors, is sinful and tyrannical. …’ James Madison called the statute ‘a true standard of Religious liberty.’ He did so because it stood as ‘the great barrier [against] usurpations on the rights of conscience.’”

At heart, though, this case is about evangelical Christian activists disingenuously trying to insinuate religion into the universe of appropriate tax-funded civic options in America, while contravening the Constitution. 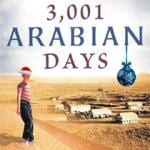 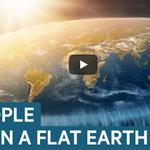 November 19, 2019 Flat-Earth aficionados have fat heads even if they seem skinny
Recent Comments
0 | Leave a Comment
Browse Our Archives
Follow Us!