I don’t know which part of rapper Kanye West’s visit earlier this month to Joel Osteen’s Christian megachurch was most depressing.

The part where he praised Jesus for transforming his “arrogance and cockiness” to only serve the Lord?

“Now,” Kanye told the tens of thousands of evangelical faithful in Osteen’s Lakewood Church crowd in Houston, Texas, “the greatest artist that God has ever created is now working for him.” (Donald Trump would be proud.)

That disingenuous humble-bragging was depressing, certainly, but no, it was not the most depressing moment. That came a bit later when he repeated the Christian Right, white supremacist myth (ironically, because West is black):

“[W]e are a Christian country.”

It’s depressing because he’s trying to insidiously insert that Christian fable into the mind of the young people in the audience, while pandering and flattering the adults who likely don’t know a gangsta rapper from a toilet roll wrapper.

But it’s actually hard to parse what’s most depressing about the whole charade at Osteen’s church, which was crafted not to bring truth to the crowd but to bring young souls to Jesus by capitalizing on West’s enormous popularity and influence with youth — black, white and otherwise.

In other words, he’s saying, as the inventor of Protestantism, Martin Luther, said many centuries ago, think not except of Jesus. Or: There’s nothing to be gained but heartache from rationally dealing with life.

Which is not to say that Kanye, a gifted rap lyricist and charismatic performer, did not provide anything useful or real at that evening service in Houston. Osteen played this excerpt below from a new Christian-themed song by the newly devout rapper, and it’s compelling.

Revelation, this ain’t about a dead religion.

All the captives are forgiven.

Time to break down all the prisons.

Every man, every woman, there is freedom from addiction.

Jesus, you have my soul, Sunday service on a roll.

This is my eternal soul.

Thank you, Jesus won the fight.

But, despite it’s snappy, rhyming energy, its all about linking fantasies to feeling good, not actually changing the world. The rewards of a responsible, loving life come to those who do the hard work of responsibility, which requires human labor and sacrifice, not divine intervention.

If people believe a deity helped them find happiness and balance, they may think that’s what’s helping, but it’s the false energy derived from delusion (like “true love” when it’s really not).

So I suspect what was happening at Lakewood Church was not an honest, heartfelt witnessing of a once-selfish artist’s Christian epiphany, but a powerful dual-marketing opportunity: Osteen could shine the coolness bona fides of his ministry to faith-wary millennials, while West could do a promo for his music to thousands of young rap fans — and more to the point, potential rap fans — and countless thousands more watching live on TV and later streaming on video.

In the audience was West’s mega-famous wife, Kim Kardashian West, whose main claims to fame are her voluptuous curves and a sex tape reportedly filmed while she was high on the date-rape drug Ecstasy. The film continues to stream endlessly on the internet, greatly helping to continuously and exponentially expand her fame and wealth.

According to news reports, she made more than $3 million (and as much as $5 million) in a 2007 lawsuit against Los Angeles-based Vivid Entertainment, the original distributor of the tape, which she created with ex-boyfriend rapper Ray J. And the revenue stream is still going strong on a particular XXX-rated website.

“Estimates put the video’s total earnings around the $100 million mark, and of course, Kardashian and Ray J both get a hefty chunk of that change,” the online news site Cinema Blend reported in 2016.

Of course, there’s arguably nothing wrong with such a tape being made by consenting adults, and Kim Kardashian’s continuing monetizing of it implies that’s exactly what she thinks. But, as a professed devout Christian, like her husband, she has to know her faith emphatically condemns such things. Continuing to profit from it implies that she is simply ignoring Christian exhortations about sin, attempting to have her faith and diss it, too.

I’m not aware if Mrs. West ever sought heartfelt redemption from the Lord for her participation in this video that is clearly an aggressive transgression against core Christian doctrines. However, she did say this:

“I have so much going on in my life. I never wanted anyone to think of me as Kim Kardashian, sex tape star. I still have to live with the embarrassment and fear that one day my grandkids are going to see it.”

Honestly, after his cringe-worthy star-turn at Lakeview Church, I’m not too sure about Kanye’s Christian authenticity, either.

Yet, perhaps the most awkward moment was early in West’s sermon when he chastised someone in the audience to be quiet because the noise was distracting him while he channeled the divine.

“I would like for everyone to be completely silent,” he said, “so I can let God flow through me as I speak to you guys.”

Wow. He must really be “the greatest artist that God has ever created.” 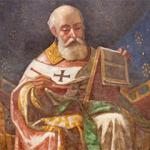 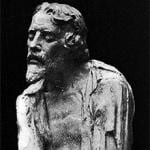