It’s well worth reminding ourselves that we nonreligious folks continue to punch way below our weight in American politics.

Despite making up nearly a quarter of the U.S. population, Americans not affiliated with any religion are woefully underrepresented both in statehouses, Congress and among voters (the religiously unaffiliated comprise only 17 percent of voters), Pew Research Center reported in its latest “Faith on the Hill” survey.

The good news for atheists, agnostics, the religiously apathetic or remote, and other members of the fast-growing demographic sometimes referred to as “nones” is that “it’s clear that the stigma against atheism and lack of religious affiliation in politics is beginning to erode,” according to Roy Speckhardt, executive director of the American Humanist Association (AHA), a nonprofit that promotes the philosophy that people can be moral and ethical without divinities, the online HuffPost news site reported.

(The term “nones” derives from what nonreligious respondents put on forms when asked to state their religion — “none.”)

Although the current 116th Congress is the most diverse in American history, now including for the first time Muslim and Native American women and an openly bisexual senator, the august deliberative body is “once again … without a single member who openly identifies as atheist,” Pew reported. Speckhardt quibbles with that, however, pointing to Rep. Jared Huffman (D-California), who has in the past publicly questioned the existence of God, as well as Rep. Jamie Raskin (D-Maryland), a Jew who similarly identified as a humanist.

But it’s clear that if these are the only federal lawmakers willing to at least poke this political bear, they are only willing to poke it very gingerly. The HuffPost article notes that in the recent Pew survey, Huffman “appears to have responded ‘I don’t know’ or otherwise refused to list a religious faith in the survey, but his staff said the survey is outdated and that he is, indeed, a “nonreligious humanist.”

Still, no current sitting lawmaker seems to want to utter the “A” word: “atheism.”

However, one sitting congressman — Rep. Pete Stark (D-California) — did acknowledge his atheism before leaving the U.S. House in 2012, and former Rep. Barney Frank publicly avowed his atheism … 25 years after retiring from Congress. Tellingly, Frank felt more at ease publicly owning up to his homosexuality (in 1987 while in Congress) than he did his atheism “says a lot about the stigma surrounding atheism in electoral politics,” the HuffPost article explained.

In 2011, Herb Silverman of the Secular Coalition of America told the Guardian newspaper that his organization was aware of 27 congressional members other than Stark who were atheists, but none except Stark and Frank have ever spoken out about it.

The upshot of all this official timidity about atheism means that nonreligious Americans have far less political clout at the moment than their numbers suggest they should. The Huffpost article summarized the political milieu:

“Nearly one-quarter of U.S. adults now consider themselves to be religiously unaffiliated, compared to just 0.2 percent of Congress, or 1 in 535 members, according to Pew. Meanwhile, more than 88 percent of Congress identifies as Christian ― including all but two Republicans, both of whom are Jewish ― compared to just 71 percent of the U.S. public. Overall, the 116th Congress is slightly more religiously diverse than the prior Congress, according to Pew. This gap in representation has persisted as atheists, nontheists, agnostics and other so-called religious “nones” continue to battle for public acceptance following decades of social and political prejudice toward their views.”

But public sentiment seems to be shifting.

A recently commissioned AHA poll suggested that at least in safely blue (Democratic) districts, a candidate’s atheism “is a nonissue, or even a plus,” for a large portion of the electorate. In the meantime, Speckhardt believes, some congressional members continue to say or imply they’re religious to avoid feared blowback from anti-atheist constituents.

Congress remains strikingly overrepresented by Christians. Whereas only 71 percent of Americans self-identify as Christian, 88.2 percent of congressional lawmakers are, according to Pew. The disparity is worse with “nones.”

“But by far the largest difference between the U.S. public and Congress is in the share who are unaffiliated with a religious group,” Pew noted in its survey report. “In the general public, 23% say they are atheist, agnostic or ‘nothing in particular.’ In Congress, just one person – Sen. Kyrsten Sinema, D-Ariz., who was recently elected to the Senate after three terms in the House – says she is religiously unaffiliated, making the share of ‘nones’ in Congress 0.2%.”

Another unhelpful reality among nones is that they don’t tend to join relevant organizations to push for political action. The vast majority of them (74 percent) have never become part of the organized nontheistic or secular movement.

This is a notable deficit because nones who join such organizations are more than three times more likely than nonjoiners to donate money to a political organization (44 percent vs. 12 percent), volunteer for a candidate’s campaign (33 percent vs. 10 percent), or participate in a political march (45 percent vs. 14 percent), according to a report in AHA’s latest edition of The Humanist magazine.

But all is not bleak.

In The Humanist’s Nov. 8 online edition, senior editor Jennifer Bardi wrote that The Center for Freethought Equality (CFE) noted widespread gains for humanists and other nontheistic political candidates in Tuesday’s off-year local and state elections, and that CFE’s affiliated PAC reported a remarkable increase in openly humanist, atheist, agnostic, and nonreligious candidates who ran for office this year. Bardi shared a link to a full list of endorsements and their election results).

The bottom line is secular Americans have a lot of pent-up political power in their growing numbers but are only starting to learn how to use it. 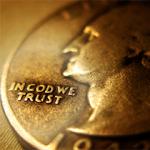 November 9, 2019
Poll: About half of college students want ‘God’ removed from money
Next Post 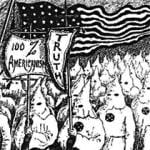 November 10, 2019 Why is Obama still the Christian Right’s most terrifying bogeyman?
Recent Comments
0 | Leave a Comment
Browse Our Archives
get the latest updates from
Godzooks: The Faith in Facts Blog
and the Patheos
Nonreligious
Channel
POPULAR AT PATHEOS Nonreligious
1