Why is faith considered real when there’s no there there?

Why is faith considered real when there’s no there there? November 1, 2019 Rick Snedeker

“Are ideas as real as matter?”

I found this question online (here) in a reference to a niche magazine titled Questions: Philosophy for Young People, on the Philosophy Documentation Center website:

It’s a deceptively simple question that, in fact, is at the heart of what drives supernatural religious faith and science alike.

Faithful people fervently believe their ideas of the divine that dominate their worldviews are far more powerful and meaningful — indeed, even more “real” — than anything of substance in the actual real world. Scientists acknowledge the tremendous power of creative ideas but give final fealty only to tangible, testable, consistently provable actualities associated with those ideas — the substantialities that embody, as far as is feasible, truth.

One discipline is all about cosmic wishful thinking trapped in minds, what we might call “metaphysics,” although its neither based on universally true principles or physics. The other discipline is based on (much evidence compiled over centuries strongly indicates) universal principles and, generally, physics in one way or another.

So, I strongly believe it’s important for young people to consider the fundamental ideas that undergird both disciplines so they can decide for themselves, with their own powers of reason and probability, which makes more sense in reality.

In the excerpt I ran across in the magazine referenced above, a Colorado Middle School student named Sophia Giargiari very rationally philosophized about this question. Sophia is a regular member of Grey Havens YA, the young adult branch of Grey Havens Philosophy, a Colorado nonprofit that promotes teaching of philosophy to children, a much-neglected branch of learning in American schools.

To Questions, Sophia submitted the following Plato-esque dialogue investigation of a related version of the question, “Are ideas as real as matter?”:

“Daniel says that ideas are all that matter, that they are stronger than reality.”

“Do you believe him?”

“I don’t know. If you shoot someone in the forehead, they will die, no matter what they believe. That’s a point for matter. But … ideas can change the world. If one person believes something strongly, well that’s a powerful force. And people tear things down and build things up and change everything about the world they know, all in the name of ideas, but I don’t know which side that’s an argument for.”

“All the famous people, the ones we learn about in history class, they all had principles, the driving forces behind whatever they did. But the reason we remember them is because of what they did, here in the real world, not inside their own heads. I suppose for philosophers, though, the only thing they are remembered for is what they did with their minds, intangible as it was.”

“So, basically, the question is whether the act or the intention matters more? Whether it’s more important what people do, or why they do it?

“Yeah, I guess so. I don’t know why I’m fixated on this one question, though. Daniel asks questions like this all the time, and it’s never really bothered me. But this one … I don’t know, there’s something different about it. Maybe it’s almost more practical, because it’s an argument about where we should be putting most of our energy. Should we be spending most of our time trying to affect the world around us, or is it our inner world that really matters?”

“I don’t know, we might never decide. Until then, it’s an interesting thought experiment.”

Well, I don’t see it as a “thought experiment.” I see the question — “Are ideas as real as matter?” — as somewhat irrational, in that the only real aspect of ideas is that they originate and develop in the material brain. In my view ideas only might matter more than materiality if they can be actualized in reality, depending on their ultimate effect. But then you have to factor in how an idea is actualized — does it become an atom bomb or an anti-depressant? — to determine whether it matters positively or negatively.

But this is all just weighing the relative merits of ideas vs. reality, the fundamental function of philosophy. It’s about better understanding existence.

However, for me, the most encouraging thing is that programs such as Grey Havens YA exist for the specific purpose of promoting creative, critical thinking — philosophy — in young adults. These kinds of programs can counter the all-encompassing religious indoctrination that most American kids are assaulted with starting at very young ages, leaving them with few tools or encouragements to reasonably question or resist clearly dubious ideas later on.

If kids don’t learn to question the inherited life narratives that come with birth into a faithful family, they are unlikely to see the need to question such things as adults.

If the U.S. educational establishment won’t see fit to include robust critical-thinking curricula in our K-12 schools, even pre-school, it’s encouraging that at least nonprofits like Grey Havens Philosophy are trying to fill the breach in the wall separating church and state.

It’s one case of an idea brought to fruition — the need to teach philosophy to kids — and, therefore, arguably mattering more than a thought remaining imprisoned, like a ghost, in someone’s brain.

In the case of religion, its ideas will never be as real as matter for the simple reason that gods and demons have never been actualized in the real world, and there’s no evidence they ever will.

So, philosophically speaking, billions of people in the world, have curiously decided to structure their entire existences around the only-imagined idea that invisible omnipotent beings are directing their lives for them from some inaccessible, far distant realm.

But it’s an idea wholly trapped like a ghost in their minds. Just because there are countless hordes of believers out there doesn’t prove what they believe is true or real. 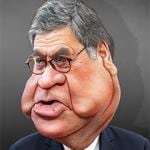 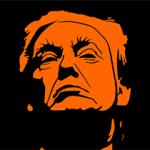 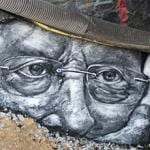 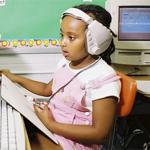 Nonreligious
American Atheists: Is Christianity being subtly fed to...
Godzooks: The Faith in Facts Blog
TRENDING AT PATHEOS Nonreligious