If knowledge is power, then it’s fair to say that a lot of Republicans are not too concerned that their anti-intellectual views on education might lead directly to less American power.

“The share of Americans saying colleges and universities have a negative effect has increased by 12 percentage points since 2012. The increase in negative views has come almost entirely from Republicans and independents who lean Republican,” Pew Research Center noted in a report it released last month. “From 2015 to 2019, the share saying colleges have a negative effect on the country went from 37% to 59% among this group. Over that same period, the views of Democrats and independents who lean Democratic have remained largely stable and overwhelmingly positive.”

Still, a full half of Americans think higher education is positively affecting the nation, Pew reported, while the number of young adults enrolled in two- and four-year college has risen steadily over the past several decades, and the practical advantages for college grads over non-grads “are clear and growing.”

Large majorities of Democrats (92 percent) and Republicans (77 percent) credit higher tuition and other costs with eroding the feasibility of college, but adherents of the two parties sharply diverge otherwise. Pew reports that 79 percent of Republicans point to liberal professors as the main problem in higher education — “bringing their political and social views into the classroom” — while just 17 percent of Democrats do. A 2017 Gallup survey found similar partisan fissures.

A large partisan gap also exists in views on the main purpose of a college education, Pew reported:

“A majority of Republicans (58%) say it should be to teach specific skills and knowledge that can be used in the workplace, while only 28% say it should be to help an individual grow personally and intellectually. Democrats are more evenly divided on this: 43% say the main purpose of college should be developing skills and knowledge, while roughly the same share (42%) point to personal and intellectual growth.”

Reading between the lines, this indicates that Democrats value the personal and intellectual growth students achieve in college — the kind of broad, varied knowledge inherent in a so-called “liberal” education — while Republicans are suspicious of and dismissive of such non-core learning.

It would appear, then, that Republicans do not believe a broader understanding of the world and human existence in its diverse facets will prepare young Americans to be more effective and rational in crafting their own lives and improving others’.

They seem to believe that college should mostly be about preparing for future jobs. Forget contemporary and classical literature, history, philosophy, etc.

After the more than eight-hour hearing, Republican Rep. Louie Gohmert of Texas went in front of media cameras to proclaim this, according to Washington Post article:

“All I got to say is: If you love America, mamas, don’t let your babies grow up to go to Harvard or Stanford law school.”

He didn’t like the expertise that Feldman and Karlan offered.

Ironically, the Gohmert’s quip encouraged the opposite tack intended by the 1978 Waylon Jennings/Willie Nelson song — “Mamas, don’t let your babies grow up to be cowboys. … Let ‘em be doctors and lawyers and such.”

Cowboys often lead to dead ends, the song warns, while doctors and lawyers and such have far broader horizons and opportunities to succeed and excel, and offer more stability to partners.

Three of the four constitutional scholars questioned Wednesday opined unambiguously, even forcefully, that President Trump’s conduct in office has been clearly impeachable; Turley alone demurred, not on the substance of accusations against the president but on the need to gather more evidence for such a momentous act as impeaching a president.

I’m writing about this in a nonreligious blog because its reflective of an anti-intellectual tradition in conservative Christianity that’s trended over millennia — to ignore reason for faith — and has led directly to this no-nothing moment in conservative American politics. Note that a huge part of Trump’s Republican base consists of white, non-college-educated evangelical Christians, and most House Republicans are conservative Christians with similar anti-intellectual views.

This kind of delusive, resentful thinking that trusts (often biased) instinct — as in faith — over fact has led to many centuries of willful ignorance and flawed attitudes and decisions. St. Augustine in the fifth century AD urged Christians to “think only of God” and shun innate human reason in trying to understand the world (see my recent post on Augustine, here).

This has resulted today in the odd, discordant effect of college-educated U.S. House representatives who are lawyers, and thus are arguably prominent members of the nation’s elite, disparaging the constitutional experts at Wednesday’s hearing as clueless, “Ivory Tower” elitists. Note that 15 or 17 Republicans on the House Judiciary Committee hold collegiate law degrees.

“Rep. Matt Gaetz (R-Fla.), who told reporters at the start of the day how much he disliked attending lectures in law school, told Stanford Law School Professor Pamela Karlan that she was unable to see from ‘the ivory towers of your law school’ how condescending she was being to ‘actual people in this country.’”

Presumably, Gaetz was saying that Karlan was insulting “actual” Americans by sharing her unique and extensive knowledge on an important question of Constitutional law that deeply informs the impeachment proceedings. Would it be better to have people who know nothing of the Constitution but agree with you advising Congress in this respect?

Rep. Doug Collins (Ga.), the top Republican on the committee, was equally insulting in his opening statement Wednesday.

“America will see why most people don’t go to law school,” he told the experts in his shrill, rat-a-tat-tat speaking style. “No offense to our professors. But please. Really? We’re bringing you in here today to testify on stuff … that we already know, out of the classrooms that maybe you’re getting ready for finals in, to discuss things that you probably haven’t even had a chance to [read or watch].”

Karlan responded testily (but fairly), chastising Collins for his false accusation and informing him that she had read every word of earlier testimony in the impeachment hearings … on Thanksgiving day.

The committee’s Republicans were annoyed with the expert witnesses because their opinions diverged from GOP/Trump talking points that contend the president is blameless and being railroaded for allegedly coercing the president of Ukraine to investigate his main political rival, Joe Biden, and other “high crimes and misdemeanors.”

Gerhardt, considered one of — if not the top — constitutional expert in America, said Trump’s attempt to use his power to gain a personal favor, as well as trying to obstruct justice and Congress to deny accountability, were not only impeachable, but obviously so.

“I just want to stress that if what we’re talking about is not impeachable, then nothing is impeachable,” he told the committee. “This is precisely that misconduct that the Framers created a Constitution including impeachment to protect against. … If we cannot impeach a president who uses his power for personal advantage, we no longer live in a democracy.”

But what do these elitist stuffed shirts know anyway? Better they’d been brought up as cowboys, right, so the president could merrily continue to ride American democracy off a cliff unobstructed? 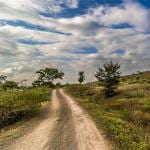 December 5, 2019
When religious believers stop believing, the catalyst is usually reason
Next Post 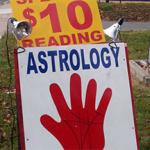