Is the Bible the ‘Word of God’ or just a really bad translation?

In the blog-hub umbrella I write under (Patheos.com), there are writers of mainly religious blogs but also atheists, agnostics and even pagans.

I write in the “nonreligious channel,” where the supposedly crochety heathens hang out, but I do like to check-out posts in the religious-blog silos. These detours are always an education if rarely uplifting.

Today I read a post by Keith Giles, titled “God Didn’t Write The Bible. We Did,” in Patheos’ “progressive Christian” channel.

As Christian apologetics go, this offering was pretty open-minded. But, as most faith arguments tend, it eventually circled back to the core conceit that God is at the heart of everything — including the Bible and all of life itself. This, regardless of whether “He” actually had a “hand” in writing it, or even exists.

It’s the unresolvable question at the heart of Christianity: Did God write scripture by channeling Himself through ancient human authors (James, John, Luke, etc.), or did people write it by channeling the spirit of God and allowing it to flow through their minds and pens?

For atheists like myself, this begs the question: Why does inspiration need to be divine and not a normal capacity within mankind’s DNA? Why does God always need to be brought into the equation at all?

But that’s just a rhetorical question that true believers are comfortable, if not ignoring altogether, at least papering over with tissue-thin assumption.

Giles argument is this:

“The Bible does not claim to be our hope. It points us to Christ who is our hope.

“The Bible does not claim to be the foundation of our faith. It reveals to us that there is one foundation and this foundation is Christ.

“The Bible does not claim to be infallible or inerrant. It shows us that Christ [and Christ alone] is our source of Truth.”

So, what he’s saying is that although the Bible is manmade, its central ideas — one being that Jesus Christ is God and “[alone] is the source of Truth” — are still infallible.

But he wants to have it both ways: a Bible of divine truth, but one that is, simultaneously, not dogmatic.

Yet, if not for the Bible, which offers the original proclamation of Jesus’ divinity and omnipotent power, the prophet of Christianity would likely not be remembered in the 21st century. The Bible (and the invention of the printing press) is what perpetuated his myth and the religion.

Giles goes on to play games with language and its purported meaning in the Bible, such as with this common meme:

“All Scripture is God-breathed and is useful for teaching, rebuking, correcting and training in righteousness, so that the servant of God may be thoroughly equipped for every good work.” [2 Tim. 3:16-17]?”

He contends that in the original Greek, the translation should be “writings,” which means all writing that is “useful for teaching, rebuking, correcting and training in righteousness” is, by default, “God-breathed.” In other words, anything inspired is God-sent.

In that disingenuous formulation, you can have God’s fingerprints all over the Bible but absent as well. Nice.

“So, for example, if you’re driving down the road and a song comes on the radio that touches you deeply, speaks a profound truth to your soul, that is an ‘inspired’ song,” Giles wrote. “God uses those words and that moment to communicate something life-changing to transform you more into the image of His Son. This doesn’t mean that God wrote that song. It doesn’t mean that the song is inerrant or infallible.”

But how can you prove whether it’s just natural human inspiration or God-sent? If the former (which is likely), there’s no need for a God, unless you want to argue that the capacity for inspiration is divinely sourced if not the inspiration itself.

Nonetheless, it’s unprovable in any event. All we know for sure is that people get inspired about a great many things, both sublime and evil. And there’ no evidence Satan delivers the latter.

“Christ is not bound by any book, or held captive by any religious text,” Giles argues in an attempted coup de grâce to any secular pushback. “Neither are you.”

Likewise, with such a profound lack of evidence for any divinity, no one is bound to accept Christ’s existence in the real world. 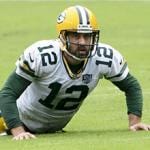 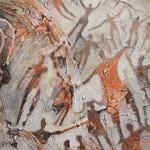 December 10, 2019 Should atheist parents lie to their children about death?
Recent Comments
0 | Leave a Comment
Browse Our Archives
Follow Us!