A rationalist’s lament: ‘It’s the saddest thing I’ve ever witnessed’

Although I’ve never “unfollowed” anyone on social media, since I never spend much time in that space and don’t know how to do that anyway, one Indiana history teacher has — for reasons that perfectly mirror my own disgust with the current sorry nexus of religion and politics in the United States.

“You may have wondered where I’ve gone. Well, I haven’t gone anywhere, we just won’t be crossing paths on the web anymore because I’ve unfollowed you. I didn’t want to unfollow you. Many of you go way back in my life, some to childhood. Some of you are family. I used to enjoy keeping up with what was going on in your lives through your social media posts. That was before the coup began.”

The “coup” to which he referred is “the once clandestine but now obvious attempt to turn this nation into a Christian nation.” He says he first sensed what was happening when right-wing Christian evangelists displayed an unexplained, oversized loathing of Barack Obama when he became president in 2008. And when the Republican-controlled Senate blocked Obama’s Supreme Court nominee, Merrick Garland, throughout the president’s final year before leaving office.

The later result of this sudden poisonous confluence of political realities was the seating of ultra-conservative Neil M. Gorsuch on the court after the Senate gained a Republican White House, followed by the appointment of another hard-line jurist, Brett M. Kavanaugh, despite rape allegations played out in his lurid public confirmation hearings.

Both Gorsuch and Kavanaugh are extraordinarily devout Christians who lean heavily toward more religious (read: Christian) accommodation throughout American life, including in government, and have ruled as such in the past.

Phipps contends, as evidence substantially supports, that government leaders, including Supreme Court justices, “have become so emboldened that they aren’t even trying to be sneaky about it anymore.”

For example, the high court recently ruled that a 40-foot Christian cross at a public military memorial monument that dominates a busy highway in Maryland is somehow not a religious but a “ceremonial” secular symbol.

Thus, the court decided it was not unconstitutional, although every nonbeliever in American instantly and viscerally recognizes this cross’ fundamental religiosity — and how it unconstitutionally marginalizes not only all non-Christians but all nontheists alike. Even Thomas Jefferson knew that the secular republican government the Founding Fathers sought to create could not favor believers over nonbelievers (or vice versa), as the tax-funded Maryland memorial so dramatically does.

In addition to religion-tainted Supreme Court decisions, other government leaders — (e.g. Secretary of State Mike Pompeo, Attorney General Bill Barr, and others) — have recently saturated their public speeches with Christian-nation doctrine and assumptions. I wrote about this in an earlier post titled “U.S. government is increasingly promoting God. That’s a crime.”

Pompeo believes the Christian “Rapture” is imminent, where saved believers, dead and alive, will rise into the air to meet Jesus Christ as he returns to Earth. In public utterances, he describes himself not as an American leader but a “Christian leader.” Barr believes nonbelievers are destroying America from within.

“Judeo-Christian moral standards are the ultimate utilitarian for human conduct. In other words, religion helps frame a moral culture within society that instills and reinforces moral discipline,” Barr said in a recent speech.

Pompeo, in a speech earlier this year, proclaimed:

“‘But no matter what comes before you, I pray you’ll help hurting people stay immersed in God’s Word … And I pray you’ll do these things not out of your own strength, but by relying on, as Paul says, ‘Him who is able to do immeasurably more than all we are able to ask or to imagine.’”

So much for separation of church and state the Founders envisioned in the Constitution. The dispiriting part is that tens of millions of Americans are not only buying into it but ecstatically.

“I never would have believed it of you,” Phipps wrote of family and friends he unfollowed, “but there I was watching so many of the people I grew up thinking so fondly of standing up for simply awful people. … I never dreamed I’d see so many people I grew up loving and respecting become overjoyed that such an unqualified and unscrupulous charlatan had ascended to the top office in the world. How could I have misjudged you so much? How did we grow so far apart?”

Phipps’ mournful essay reminds me of people whose loved ones join fringe religious cults that turn out to be monstrous, like Jim Jones’ People’s Temple, more than 900 of whom (men, women and children) committed suicide or were murdered in 1978 in a jungle in Guyana, and David Koresh’s Branch Davidians, where more than 70, including kids, died when their cult compound was purposefully set on fire by Davidians in 1993.

I share Phipps’ shuddering sense that what is going on now in America — the mindless Christianized demonization of facts and the high-tailed flight of reason — could end up very badly.

“It’s the saddest thing I’ve ever witnessed, to be honest,” he wrote.

Where exactly did reason go, I wonder? 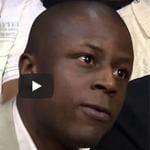 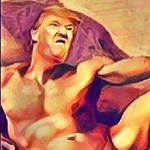