Christianity came to China, and 20 million died in God’s name

In researching the Christian religious season of Advent, I was again disquieted by the innate apocalyptic tendencies of the faith — and I also learned of a Christianity-related catastrophe in 19th-century China I had never heard about although more than 20 million people perished in its wake.

Religion, as we already know, has had some eye-popping peripheral results over the centuries in addition to atrocities it causes more directly. This was just one of them.

The cataclysm to which I refer is known in history as the Taiping Rebellion that began under the leadership of Hong Xiuquan (1814–1864). Encyclopaedia Britannica describes Hong as “a disappointed civil service examination candidate who, influenced by Christian teachings, had a series of visions and believed himself to be the son of God, the younger brother of Jesus Christ, sent to reform China.”

As if the world needs more evidence of the astonishing damage wrought by Western imperialism and its dominant religion, evangelical Christianity, during and after the Age of Discovery.

Hong (the first name is the family name in China) and his confederates recruited countless destitute peasants, workers and miners in Guangxi province, formed the God Worshippers society, and, in 1851, proclaimed a new dynasty, the Taiping Tianguo (“Heavenly Kingdom of Great Peace”). Hong then assumed the title of Tianwang, or “Heavenly King.”

For the next 14 years, the Taipings, as they were known, promoted a primitive form of Communism and waged a brutal war against the then-foreign  Manchu rulers of China.

Internal intrigue and infighting ultimately weakened and doomed the Taipings, and in 1860 — the eve of the American Civil War — they failed in an attempt to conquer Shanghai. They were beaten back by a coalition of Chinese gentry and American and British adventurers and military leaders, the most famous of whom was Charles George “Chinese” Gordon, whose legend was cemented during military exploits in Khartum, Sudan.

Zeng and his forces beseiged the Taipings’ stronghold at Nanjin in 1862 and then overran the city two years later, a month after Hong’s suicide, after appointing his 15-year-old son to succeed him, and his final command that none of his followers flee.

Although somewhat unsurprising in the history of religious zealotry, the victorious Chinese troops were astounded when 100,000 Taiping adherents within Nanjing chose suicide over capture and were found dead when soldiers entered the city. It was similar to but on a much larger scale than the Japanese soldiers at Iwo Jiwa and Okinawa who took their own lives rather than be captured by American troops as Allied fighters subdued the islands in heavy fighting during World War II.

This fearlessness exhibited by the Taipings seems clearly explained by the emphasis of their Christianity-infused doctrines.

“Taiping Christianity placed little emphasis on New Testament ideas of kindness, forgiveness, and redemption. Rather, it emphasized the wrathful Old Testament God who demanded worship and obedience,” Encyclopaedia Britannca explains. “Prostitution, foot-binding, and slavery were prohibited, as well as opium smoking, adultery, gambling, and use of tobacco and alcohol. Organization of the army was elaborate, with strict rules governing soldiers in camp and on the march. For those who followed these rules, an ultimate reward was promised.”

As we have seen — with the Taipings, millennialist Christians, ISIS and Al-Qaeda terrorists, and Christian cult murderers — human beings are capable of any atrocity under the banner of heaven and its immortal allure.

Even when the intent is pure and authentic. Revolutions tend to eat themselves (and everyone close by), as it did for the peasant-loving Taipings and the idealistic revolutionaries of the 18th-century French Revolution.

I mention the Taipings only because of their relevance in the current Advent season, as Christians begin formal preparations for the coming birth of Jesus Christ at Christmas and also for the anticipated Second Coming of Christ at some unknown moment.

From time immemorial, fervent conservative Christians have longed for the End Days, when they believe after 1,000 years of glory on earth after Christ returns, He will judge the unrepentant sinful and reward the righteous — alive or dead (the dead will be raised from the graves) — by sending them to immortal bliss in heaven.

Early Christians believed the Second Coming to be imminent (see millennium), and countless failed predictions of it throughout history have not dampened the widespread belief. Millennialist groups abound, in America as elsewhere, and they can be dangerous as they stock weapons and supplies for Armageddon, the anticipated inevitable war between good and evil.

Just the gratuitous slaughter in suicides among American millennialist cults — People’s Temple, Branch Davidians, Heaven’s Gate, etc. — should be enough to give any reasonable person pause about the dangers of believing in such boundless things without applying any reasonable bounds.

My sense is that any religion that can kill 20 million people should be immediately and forever suspect. But that’s just me. 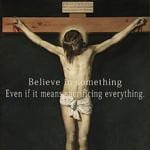 December 12, 2019
As we near Christmas and supposed End Times, check your facts
Next Post 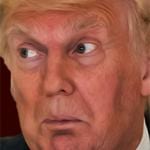 Lesbian Duplex 260: An Open Thread
It’s time for another Lesbian Duplex thread! If you have a link or article...
view all Nonreligious blogs
What Are Your Thoughts?leave a comment
Copyright 2008-2017, Patheos. All rights reserved.