If we’re really made in ‘God’s image,’ why can we see each other?

The punctuation error in this photo illustration’s text (commas are unnecessary in the first two lines) does not render its question invalid.

We still get the message.

It is logical and rational to assume that if, as the Bible proclaims, human beings were created by God in “His own image,” then we should all be invisible, right?

After all, God Himself is invisible because no one has ever demonstrated that such a deity exists in reality. For all intents and purposes, therefore, God is effectively invisible, if He exists at all, which seems profoundly doubtful.

True believers may argue that God created human beings to embody the best of Him (i.e., goodness, kindness, generosity, etc.), but there’s also no evidence those qualities came from a deity, either, rather than natural evolutionary processes. It’s just a fantasy, if a very widely embraced one.

Even granting that much of the language in the Bible is metaphorical and nonliteral does not then lend credence to the idea that it still somehow reveals concrete truths. Its allegorical concepts actually render its pronouncements less believable because they are less embedded in reality to begin with, if at all.

Like the fantasy of an invisible God, the Bible, despite the frequent beauty of it prose, is full of unfathomable meaning.

So, I really have no idea what it might mean that we of the Homo sapiens species were created in the image of something that doesn’t seem to be there. Or why other Earth creatures apparently weren’t.

So, for simplicity, I just assume that it, in fact, isn’t there. Like the Tooth Fairy isn’t. 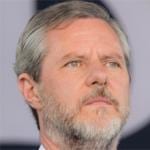 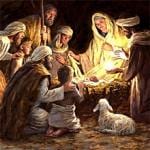 December 2, 2019 Hark! A sliver of Jesus’ crib has purportedly arrived in Jerusalem
Recent Comments
0 | Leave a Comment
Browse Our Archives
get the latest updates from
Godzooks: The Faith in Facts Blog
and the Patheos
Nonreligious
Channel
POPULAR AT PATHEOS Nonreligious
1