If this cartoon gives anyone a chuckle, it’s a good omen for the future

If this cartoon gives anyone a chuckle, it’s a good omen for the future December 18, 2019 Rick Snedeker

What makes this cartoon so funny is that it is so ridiculous.

The word “absurd” doesn’t begin to cover the absurdity of an omnipotent divine deciding for everyone and everything in creation how their moment-to-moment existences will play out.

Like deciding for omniscient reasons that “Steve” should get cancer. And not Fred, or Jakob, or Ahmed

Certainly, one would think, such a being wouldn’t have near enough time — or even an actual brain — to think about or decide anything, but exists instead as an invisible, pure, creative force that causes the cosmos and everything in it to automatically move as they inevitably will.

Such an ungodded universe would theoretically be controlled by a deistic God, as providence was understood by American Founding Fathers Thomas Jefferson, Benjamin Franklin and others. It was a force that fashioned the universe and then retired out of sight into the background of existence, allowing the system to operate forever after as it was designed to, without additional divine assistance.

Thinking and planning things are human, not divine, capacities. Yet throughout its history, the earthly beings of Homo sapiens, our species, have single-mindedly imagined our gods as much like ourselves. Which leads to cartoons like this one that caricature, exaggerate this familiar fantasy.

But it always begs the question: If such a God is all-knowing and all-compassionate, why would He ever visit a terminal, often agonizing and slow death by disease on anyone? Surely he could just divine that everyone would be healthy and happy forever, right?

Unfortunately, we have this ancient book that portrays God in all manner of contradictory, even evil, ways. It is a deity who orders women and children wantonly slaughtered by conquerors in the Old Testament, and condemns sinners to eternal torture in a fiery hell in both the Old and New testaments.

Yet, all reason and common sense aside, billions upon billions of people in the world still not only believe in, but bow down in abject worship to such absent, unpredictable imaginings.

So, I believe that if people see this cartoon and at least chuckle at its vast absurdity, there’s hope for the world yet. 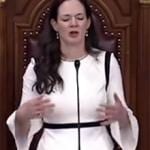 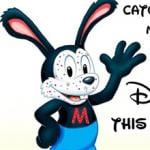 December 19, 2019 New York pro-vax ruling a victory of science over religious fantasy
Recent Comments
0 | Leave a Comment
Browse Our Archives
get the latest from
Godzooks: The Faith in Facts Blog
Sign up for our newsletter
POPULAR AT PATHEOS Nonreligious
1