Hark! A sliver of Jesus’ crib has purportedly arrived in Jerusalem

Holy Land tourism is big business, and something happened yesterday that should make it even more profitable this year — and, almost miraculously, just in time for Christmas.

A venerated relic has arrived in Jerusalem, a gem among many such purported artifacts of monotheistic religion on Earth, none of which is substantiated as authentic.

Still, true believers and the gullible curious will come.

More than three million mostly religious tourists visit the region annually, each spending more than $1,500 (that’s $4.5 billion), and most heading straight to Jerusalem. For faithful adherents of the three main traditional monotheistic religions — Christianity, Islam and Judaism — this historically poignant but still religiously and politically embattled city is considered the most sacred in the world.

It was here that the Islamic prophet Muhammad (“peace be upon him,” Muslims reflexively say when mentioning his name) supposedly rose to heaven, where Jesus Christ was crucified and, according to Christian doctrine, “ascended into heaven,” and where Jews in antiquity believed God resided, and thus considered it the “center of the world,” as well as the “ancestral and spiritual homeland of the Jewish people.”

Not only the pull of faith and history draws hordes of visitors to the Holy Land but also relics. And the latest artifact arrived Sunday — a one-inch long sliver of wood believed to have been a part of the humble Bethlehem manger in which Jesus was reputedly born, the Philippines’ Daily Tribune.

“A wooden fragment believed to be from the manger of Jesus arrived in his birthplace of Bethlehem on Saturday amid great ceremony after more than 1,300 years in Europe, reported the Tribune, published in the fervently majority-Catholic Philippines.

“A Palestinian scout band playing bagpipes, drums and saxophones accompanied the relic as it arrived in Manger Square, an AFP reporter said.

“Housed in Rome since the seventh century, the relic had been presented to the Franciscan custodians of the Holy Land as a gift from the Vatican.

“Worshippers thronged the square as the chief custodian for the Holy Land, Francesco Patton, carried the ornate reliquary housing the relic into the Saint Catherine Church next to the Church of the Nativity, where he led mass.”

The religious longing of the event was reportedly palpable.

“We venerate the relic because (it) reminds us of the mystery of incarnation, to the fact that the son of God was born of Mary in Bethlehem more than 2,000 years ago,” Patton said, and Bethlehem has a cascade of related celebrations on tap all the way to Christmas.

Perhaps more enthralled by the potential boost in commerce the relic’s arrival might bring to his impoverished people in the Israeli-occupied West Bank, Palestinian President Mahmud Abbas, a Muslim, is still supportive. He’s been lobbying Pope Francis to repatriate the crib fragment to the Mideast since they met in late 2018.

The holy relic reportedly was first absconded from the Holy Land in the 7th century when St. Sophronius, then the leading prelate of Jerusalem, donated it to then-Pope Theodore I. It had remained since, until now, in Rome’s Basilica of Santa Maggiore.

It’s return to Jerusalem is greeted as a deeply moving, seminal event.

“It touches me so deeply, so deeply because I really can find the little child Jesus inside, I really can find his presence and it’s like the cradle is moving into my heart,” Barbara Boterberg told CNN at Our Lady of Peace Chapel in Jerusalem center during a special ceremony commemorating the artifact’s arrival. “Since it’s here, my heart is jumping all the time with joy, that God became a man humble enough to sleep in a manger.”

Yet, during a special mass in Jerusalem, the Vatican’s Apostolic Nuncio to Israel, Leopoldo Girelli, described the relic in unexpectedly practical and historical, if not overtly religious, terms as “a potent reminder” of Jesus’ life.

“People of today are people of the tangible, of what they can experience empirically,” Girelli told CNN. “This relic is something tangible that brings us back to the precise moment in history when god himself became man.”

Of course, we should remind ourselves that whether Jesus actually existed at all is not settled. His name is nowwhere in historical documents for a full century after his death.

The hosannahs accompanying the latest relic to Jerusalem is part of an ageless fascination of the faithful. But while relics have historically  been viewed as a glory of religious faith, particularly for Christians, whether they are authentic or not, they have also been a bane.

During one in a series of Christian Crusades in the Middle Ages, a supposed piece of the lance with which Jesus was speared in his side on the cross resurfaced to much excitement. However, military and religious leaders alike at the time were mostly unconvinced of the authenticity of the “Holy Lance,” although common people remained transfixed by the idea for many centuries after.

Even more widely familiar is the so-called “Shroud of Turin,” perhaps the world’s most famous Christian relic. Encyclopaedia Britannica describes it qualifiedly:

“… a length of linen that for centuries was purported to be the burial garment of Jesus Christ. It has been preserved since 1578 in the royal chapel of the cathedral of San Giovanni Battista in Turin, Italy. … it seems to portray two faint brownish images, those of the back and front of a gaunt, sunken-eyed, 5-foot 7-inch man—as if a body had been laid lengthwise along one half of the shroud while the other half had been doubled over the head to cover the whole front of the body from face to feet. The images contain markings that allegedly correspond to the crucifixion wounds of Jesus, including thorn marks on the head, lacerations (as if from flogging) on the back, bruises on the shoulders, and various stains of what is presumed to be blood.”

It’s world-famous enough to be documented by venerable Britannica, but the key words and phrases to note in this passage are “purported,” “seems to,” “as if,” “allegedly” and “presumed.”

In other words, the encyclopaedia’s editors are recounting material facts levened by what faithful Christians only believe they are or that they represent in the real world. Yet, like all other such artifacts, conclusive proof that they are what the faithful dearly want to believe they are is continuously unattainable.

Indeed, fortunes and lives are still being spent trying to prove a dim alcove in Jerusalem is Christ’s tomb. Etc. Etc.

As long as human beings insist on indiscriminately believing what cannot be verified, the power of purported relics will perpetuate.

Meanwhile, real problems remain with our species from which the allure of the divine is just a useless distraction. 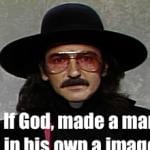 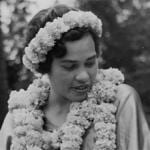