Christian activists (elected and unelected) are not only working feverishly to insert more and more of their religious dogma into American government but also to keep nontheism out.

Consider Pennsylvania’s House of Representatives, which to date has spent $1.1 million of taxpayers’ money not to improve the lives of the state’s residents but to fight a federal lawsuit by religious nonbelievers that challenged the constitutionality of the House tradition of maintaining “an opening prayer that invokes a higher power.”

(Note that the Pennsylvania House is the one where eight months ago Republican freshman lawmaker Stephanie Borowicz of Clinton County delivered a cringe-inducing invocation whose purpose was to throw shade on the swearing in that day of Democratic Rep. Movita Johnson-Harrell of Philadelphia, the body’s first female Muslim member. Rep. Borowicz’s sermon, which was widely panned for its mean-spiritedness, is shown in the video embedded in this post above.)

In August, the U.S. Third Circuit Court decided 2-1 in  Fields v. Speaker of the Pennsylvania House of Representatives to reverse a 2018 U.S. Middle Court ruling that held the Pennsylvania House’s exclusively religious session-opening prayers were unconstitutional. The circuit court ruled in the appeal that the House’s prohibition against atheists and other nonbelievers delivering invocations before the legislative body did not violate the Constitution’s First Amendment Establishment Clause.

In the original district-court ruling, federal Judge Christopher Conner ordered the House to allow nontheists to present invocations at the start of its sessions, as theists have long been allowed. Conner said it was legally untenable that the House’s longstanding guest-chaplain policy “categorically excludes those who would present an uplifting message of hope, mutual respect, and peace yet — based on their nontheistic beliefs — would fail to incorporate theistic entreaties to a divine or higher power,” Penn.live/Patriot News reported.

“It is well settled that sectarian prayers [of different beliefs] are entirely proper invocations for legislative sessions,” Conner wrote, adding that the First Amendment clearly precludes government from making any law “respecting an establishment of religion.”

He meant that government bodies can’t favor a religious belief over a nonreligious one. He also ruled the House’s practice of requiring guests to stand during prayers was equally unconstitutional.

Still, the appeals court reasoned that the practice fits within the “historical tradition of legislative prayer,” according to an article published by the Free Speech Center at MTSU (Middle Tennessee State University). The House guest-chaplain policy allows a legislator or “a member of a regularly established church or religious organization” to give an invocation, providing an opportunity for lawmakers “to seek divine intervention in their work and their lives.”

“Interpreted by the House, these measures amount to a rule that prohibits Secular Humanists, Unitarian Universalists, and Freethinkers from delivering prayer because they do not profess belief in a higher power,” the article noted, adding “… A reviewing federal district court determined that legislative prayer was a form of government speech and thus immune from challenge under the Free Exercise, Free Speech, and Equal Protection Clauses. If speech is deemed to be government speech, it is immune from constitutional scrutiny.”

How convenient such an interpretation is for elected government theists wanting permission to continue discriminating against nontheists.

What about non-divine guidance, which is what a quarter of Americans exclusively appeal to.

Frankly, I’m bone weary of conservative Americans’ arguments that anything supposedly “historical” or “traditional” must somehow not be viewed in the cultural context of this 21st-century moment. More than a quarter of the nation’s citizens today, as I noted before, are unaffiliated with any religion and many find religious artifacts in government — like prayers opening legislative sessions — not only deeply objectionable but unconstitutional.

But conservative judges and justices too often seem not to be looking forward to new traditions and attitudes as society evolves into a more secular cohesion, but to the bygone past whose ancient assumptions may already be obsolete.

What could be more fitting in this historical moment, as millions upon millions of Americans fade away from faith, to hear an uplifting humanist sermon in a legislative hall on the natural morality of humankind and the transformative power of our species’ unique intelligence.

How is invoking an absent divinity better? 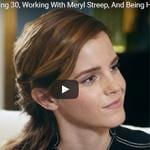 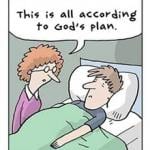 December 18, 2019 If this cartoon gives anyone a chuckle, it’s a good omen for the future
Recent Comments
0 | Leave a Comment
"Hahaha! 😁"
DeadBabyJoke Missouri lawmaker: Statue of Roman goddess ..."
"Holy sht! That was some truly powerful stuff. Not a fan of rap music, but ..."
phatkhat U.S. rapper Hopsin rages against Christianity’s ..."
"Between this and Indonesia's "pray the coronavirus away" attitude, we might as well go ahead ..."
digital bookworm Religion worsens deadly coronavirus outbreak in ..."
"Tell us how you really feel! ;)"
phatkhat Missouri lawmaker: Statue of Roman goddess ..."
Browse Our Archives
Follow Us!