It appears that the Christian-nationalist Project Blitz movement’s momentum has been slowed in America.

The politically aggressive evangelical activist organization, founded in 2016 by the Chesapeake, Virginia, Congressional Prayer Caucus Foundation (CPCF) to broadly insinuate Christian doctrines and practices into the public square, recently reported it had changed its name to “Freedom for All,” according to Church & State, the Americans United for Separation of Church and State magazine.

“This rebranding, which seems to be more of a debranding, may have been wise in the wake of the disastrous public response to Project Blitz,” Frederick Clarkson wrote in a recent article on the website of Political Research Associates (PRA), a think tank that promotes human rights.

Since its founding, the group has come under sustained attack from both secular and religious groups and received “a lot of unwanted press attention” from mainstream news media such as The New York Times, The Guardian, Religious News Service, The Jerusalem Post, Salon and USA Today, according to Church & State.

During a recent call with the earstwhile Project Blitz’s supporters, CPCF executive director Lea Carawan said the organization’s original playbook of political action cloaked in stealth and disingenuity was necessary because it was “getting beat … as it relates to religious freedom legislation.” She said the purpose of the “debranding” was to combat “this swarming, and these anti-faith groups that are trying to come against us, en masse.”

Unsurprisingly, Project Blitz is spinning the name-change as a stroke of strategic genius.

Since the change, Carawan claims, “the other side’s finally caught on to what you all are doing and the mass of legislation that was going forth across the nation, incredible successes … and they were scratching their head saying what in the world happened? And as soon as we understood that they knew they were onto us, we changed the name; shifted things around a little bit; now they’re talking about something that nobody else is really even talking about, we’ve renamed and moved on.”

One of Project Blitz’s most notable — and, to nonbelievers, worrisome — successes was the convincing of a number of state legislatures to pass laws either mandating or strongly encouraging schools to “prominently place” large “In God We Trust” signs throughout primary and secondary schools. My own state, South Dakota, passed just such a dubious law last year. (One of several posts I’ve written on South Dakota’s embrace of Project Blitz’s agenda was titled, “South Dakota decides ‘In God We Trust’ is patriotic, not religious,” which reveals the dishonest logic Project Blitz employs.)

As I’ve noted, even people of faith are outraged and disturbed by such underhanded tactics.

Minnesota state Democratic Sen. John Marty, a lifelong Lutheran, vehemently protested when Sen. Dan Hall, chairman of the Minnesota Prayer Caucus attacked him on Fox News as “anti-faith” because he opposed the caucus’ plan to have “In God We Trust” liberally posted in schools.

Marty later when on Fox News to explain his stance, stressing that he believed posting an inherently religious message in schools would be “offensive” to believers and nonbelievers, in that the “government-sanctioned motto does not strengthen our religion, but it demeans, devalues, and cheapens our religion.”

“We aren’t seeing anything new here. For decades, those pushing for government-sponsored religion have tried to claim to have God on their side,” Amanda Tyler, executive director of the (Baptist Joint Committee for Religious Liberty) in Washington, D.C., told PRA. “It ignores the fact that our constitutional system separating the institutions of church and state is both for religion’s benefit and the government’s interest.”

Church & State reports that Project Blitz continues seeking to “flood state legislatures with bills that would erode the principle of separation of religion and government.

“Blitz backers [originally] planned to start with measures they believe are less controversial, such as requiring the posting of “In God We Trust” signs in public schools and government buildings, and move up the ladder to more ambitious proposals such as anti-LGBTQ measures and bills promoting discrimination under the guise of ‘religious freedom,’” the magazine noted.

They also printed Bibles with the names of state legislative bodies on their covers and distributed them free to lawmakers’ desks.

Despite the former Project Blitz’s new, more innocuous-sounding name, we need to keep an eye on these folks folks — and other evangelicals with “Christian Nation” agendas. (I wrote on the fearsome enormity of the evangelical stealth campaign in the U.S. in a recent post titled “In shadow world, faithful conservatives smothering U.S. secularism.”

They think separation of church and state is some bogus idea dreamed up by liberals and not a foundational principle of our secular, republican government. 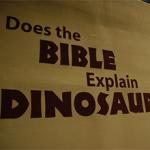 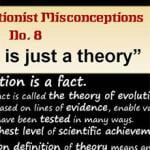 December 24, 2019 I repeat: A scientific theory is nothing like a religious 'theory'
Recent Comments
0 | Leave a Comment
"What is this "Judeo-Christian" nonsense they're talking about? My history lessons taught me that Christians ..."
Meurig ap Gweirydd Fortunately, lots of people think what ..."
"I’m here in Korea after escaping from China..... aaanndddd to make it worse, I just ..."
amyjane Religion worsens deadly coronavirus outbreak in ..."
"“This disease outbreak is the work of the devil, which is hellbent on stopping the ..."
WallofSleep Religion worsens deadly coronavirus outbreak in ..."
"Hahaha! 😁"
DeadBabyJoke Missouri lawmaker: Statue of Roman goddess ..."
Browse Our Archives
Follow Us!