I’m often reminded that we pundits are in no way superior to those who humor us by reading our musings.

Indeed, our readers often display more insight and clarity than we ourselves can muster.

“As a college music major, I was required to pass two years of ‘Music Theory.’

“Those years were not spent learning an elaborate supposition as to whether or not music existed or was ‘true.’

“They were spent learning rules, history, practices, techniques and methodologist by which music, particularly Western Music, was and is actually created so others can continue, replicate and contribute to that body of art.

“Therefore, any valid Theist ‘theory’ of ‘creation’ must first prove a Deity actually exists AND is directly responsible for the existence of everything.

“Creation Theory would then lay out precisely HOW it was done so others could replicate that process.”

Of course, theists would argue that what is created by an omnipotent, omniscient God cannot ever be replicated by mere mortals.

But, as always, such thinking begs the question: How do we know for certain such a being, in fact, exists at all?

Until that question is irrefutably and substantively answered, grounds simply do not exist to claim otherwise.

Which, of course, will not stop believers from insisting such a being does exist.

Which, as always, makes it imperative that nonbelievers point out blind faith’s disconnect from reality every time it displays itself.

To paraphrase the classic Tom Cruise line in the romantic dramedy “Jerry McGuire” — “Show me the evidence!” (he actually said, “Show me the money!”).

In a scant 111 words, Mr. Clothier, my esteemed commenter, explains why evidence is important and why valid “theory” must always be intimately linked to reality for its veracity.

Hat’s off to my readers, not for simply reading my posts (although I am, indeed, honored), but for substantively adding to a broader discussion they might not otherwise engender.

Happy New Year, one and all (in the real world). 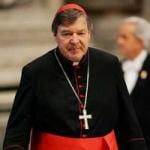