Senate is in trouble, with a capital T, rhymes with P, for politics

Senate is in trouble, with a capital T, rhymes with P, for politics January 29, 2020 Rick Snedeker

Something strange is going on in the U.S. Senate impeachment trial of President Trump.

Anyone not already in dreamy thrall to the president can see clearly — it’s literally undeniable, if you’re even casually objective and honest — that the official acts the president was impeached and is now being tried for were unambiguously wrong.

Even a high-school civics student will instinctively know that it should be legally and constitutionally unacceptable for a president of the United States to use the enormous power of his office to extort something of value from a foreign leader that benefits only himself personally.

To willfully ignore the damning evidence of unconstitutionality in the president’s actions — as Senate Republican are now doing — reveals something very disturbing. They have made the calculation that personal honesty, honor and integrity are secondary to political calculation. That facts don’t matter. The soul of the nation is at stake, dontcha know? My own state of South Dakota’s senators, John Thune and Mike Rounds, have been among the deafeningly silent voices not raised to call more witnesses and see more evidence, despite senators themselves complaining that the House investigation gathered no direct, non-hearsay confirmation of impeachable presidential offenses.

Then, Tuesday, they spoke up to say they needed more time to decide whether more witnesses should be called, according to a Rapid City (South Dakota) Journal report. As if it’s unclear whether more information would lead to the truth more readily than less.

Except that the “hearsay” evidence is fulsome and consistent, and includes people who did talk directly to the president. Indeed, anyone who ever watched the “Perry Mason” or “L.A. Law” TV shows knows that circumstantial evidence — of which there is a mountain against the president — can convict.

Any senator of either party would surely demand more information if, say, a court inexplicably declared someone who robbed their house was not guilty, without testimony of witnesses. The House tried to get witnesses but the president refused to authorize a single witness or document. So, the Senate is effectively saying, if you couldn’t do it why should we even try?

More likely, they are terrified of what new witness information might reveal.

The question at hand in the Senate is whether the president should be removed from office for illegally (according to the independent Government Accountability Office) withholding more than $300 million in congressionally authorized and mandated military aid to ally Ukraine while trying to shake down its president, Volodymyr Zelensky. A parade of credible, reliable government witnesses, most appointed Republicans, have reported that the president put a hold on the aid to pressure Zelensky to announce the start of an investigation into former Vice President Joe Biden and his son, Hunter, who once served on the board of a notoriously corrupt Ukrainian energy company, as well as into a widely debunked conspiracy theory that Ukraine, not Russia, meddled in the 2016 presidential vote that elected Trump.

Note that prior investigations found no evidence of wrongdoing by either Biden, although the younger Biden’s seating on the board of Burisma did present the appearance of a possible conflict of interest.

The evidence also indisputably shows that Trump displayed no interest in rooting out Ukrainian corruption specifically until after Joe Biden started beating him badly in head-to-head, pre-2020 election polling. So the president’s contention that he withheld military assistance that Ukraine desperately needs for defense in its hot war with Russia solely because he deeply cared about fighting corruption in the country rings so hollow it echoes.

What he cared about — “the big stuff,” not the war, according to Gordon Sondland, U.S. ambassador to the European Union — was smearing and embarrassing a man he viewed as his main 2020 political rival, to damage his chances in the election. Whether the smear was valid was irrelevant to him.

These facts are not in serious dispute, and the president’s own defense team is not rigorously defending what the president actually did — only that whatever it was isn’t impeachable because he did “absolutely nothing wrong.”

Now, I’m no lawyer or even a serious student of law, but even I could see how disingenuous and self-serving for the president was constitutional legal expert Alan Dershowitz’s presentation to the Senate on January 27.

One key anchor of Dershowitz’s argument was that the use of quid pro quo — this-for-that coercion — was unimpeachable because it is normal business in government affairs. What he failed to mention is that its only normal practice when it’s done to further official government business on behalf of the American people, not when it only benefits the president personally.

For someone known as an esteemed constitutional expert to misrepresent such important distinctions to the Senate, and at the same time tens of millions of Trump supporters, is appalling in the extreme. Is there no accountability?

Another constitutional expert, University of North Carolina professor Michael Gerhardt, who testified in the House impeachment hearings, said then that if what the president is accused of doing is not impeachable, then “nothing is impeachable.” (Wartch his opening statement in the video above.)

Then, on CNN January 27, Gerhardt warned that statements of misrepresentation and disingenuity by Dershowitz and other White House team lawyers was disturbing and should be reviewed by the legal profession for ethical lapses.

Still, the president’s loyal supporters in the Senate as elsewhere are, like cultists, apparently deluded that they aren’t doing what they’re clearly doing: making a pact with the devil to protect their dubious leader.

I’ve been reading in recent months about how Christian evangelicals, which comprise a large percentage of Republicans, including senators, actually believe — I’m not kidding —  that Donald Trump was sent by God to save the nation from godless citizens. (see my prior post on this, here.)

If that’s the case, it’s obvious why the president’s supporters don’t see the dangerous path they’re leading their brethren and the nation down, because if their purported champion is sent by God, of course, everything done to protect him is divinely sanctioned.

That’s the strange part of this historical moment. Again, say after me, “It was a perfect call.”

January 28, 2020
Astrology is to astronomy what 'crop circles' are to Meteor Crater
Next Post 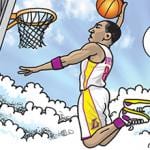 January 29, 2020 For pick-up basketball in heaven, who wouldn’t want Kobe?
Recent Comments
0 | Leave a Comment
Browse Our Archives
get the latest from
Godzooks: The Faith in Facts Blog
Sign up for our newsletter
POPULAR AT PATHEOS Nonreligious
1

Nonreligious
Fewer births and sagging religiosity are not destroying...
Godzooks: The Faith in Facts Blog
TRENDING AT PATHEOS Nonreligious

Happy Weird Thanksgiving
By Linda LaScola, Editor Last Thanksgiving, this blog discussed the US as a...
view all Nonreligious blogs
What Are Your Thoughts?leave a comment
Copyright 2008-2020, Patheos. All rights reserved.