In South Korea, a “shadowy,” cultish religious group is greatly complicating an aggressive outbreak of the deadly coronavirus that it may have even allowed to gain a deep foothold in that country in the first place.

Government health officials say more than half of the nation’s confirmed infections (totaling 346 on Saturday) are among members of the religious group — Shincheonji Church of Jesus, Temple of the Tabernacle of the Testimony — their relatives and people who contracted the disease from them, according to a New York Times report.

The outbreak in South Korea is in extent among global nations second only to mainland China, where it first emerged (if the outbreak aboard the docked Diamond Princess cruise ship in Japan is excluded from data), the Times reported.

Health officials in South Korea are braced for a possible surge in coronavirus infections, because more than 1,250 other members of the Shincheonji group have reported potential symptoms of the disease.

Complicating officials’ rush to contain the sudden epidemic is Shincheonji members’ tendency to avoid identification — frustrating health officials’ attempts to efficiently locate them — because the religious group is widely viewed as a loathsome cult by many South Koreans. Officials reportedly were still unable to contact more than 700 members of the church as of this past weekend.

Adding to the difficulties, behaviors required by the church worsen chances the virus will be spread among members — and also infect innocent others when the faithful go out and widely proselytize among the general population.

“Unlike other churches, Shincheonji makes its members sit on the floor tightly together during services, in neat, military-like ranks and files,” Lee Ho-yeon, who left the church in 2015, told the Times. “We were not supposed to have anything on our faces, like glasses or masks. We were trained to sing our hymns loudly.

In fact, Shincheonji adherents are taught that being sick is a sin because it keeps them from their paramount duty: “doing God’s work” to spread their faith among the masses. One church member, an elderly woman infected with the disease in a hospital, “slipped out” one day to attend a church service attended by 1,000 Shincheonjis, and to proselytize to nonmembers. She was later diagnosed with coronavirus.

Government officials told the Times that church members had been proselytizing to ethnic Koreans living in northeastern China, “many of whom [they invited back] to South Korea.” The Korea Centers for Disease Control and Prevention is investigating reports that Shincheonji operated in Hubei, the Chinese province that encompasses Wuhan (the group opened a church there last year), where the virus emerged.

So, Shincheonji is exacerbating an already deadly outbreak of infectious disease through secrecy, religious attitudes that deprioritize and ignore standard infection control procedures (like wearing masks during an outbreak and staying home when sick), and a compulsion, even when ill, to interact with potential converts.

Adding to the chaos, Lee Man-hee, the 88-year-old messianic founder of Shincheonji, insists on misrepresenting the epidemic in terms of good vs. evil.

“This disease outbreak is the work of the devil, which is hellbent on stopping the rapid growth of the Shincheonji,” he said in a message to his followers.

The church’s cultish behavior is why most South Koreans view it with such disdain, as do Americans of similar odd religious groups in this country. Moon Yoo-ja, 60, who says she spent years trying to “rescue” her daughter from the church, accused Shincheonji of destroying many families.

“Once they fall into the trap of the church, they often abandon school and jobs,” she said. “Some housewives packed up and joined the church, abandoning their husbands and children.”

Meanwhile, on Monday the Dow plunged 1,000 points on the U.S. stock market as the virus began to spread outside Asia, as well as spiking among prison populations in China, CBS News reported.

“While the World Health Organization stopped short of calling the outbreak a pandemic, it did note on Monday that the virus has ‘unlimited potential,’” the CBS report noted, adding a softener, “… The rate at which the virus was spreading in China appears to be slowing. An announcement of 409 new cases Monday was the fifth day in a row that the number of new daily cases had fallen below 1,000. Outside of China, though, a spate of outbreaks presented fresh cause for concern.

As public outrage peaked in South Korea over Shincheonji’s uncooperative response to the outbreak, a spokesman on Sunday said the group’s 1,100 churches had been closed and its 245,000 members instructed to not proselytize among the population, the Korea Herald reported.

But their leader apparently still thinks the whole thing is the work of Satan. 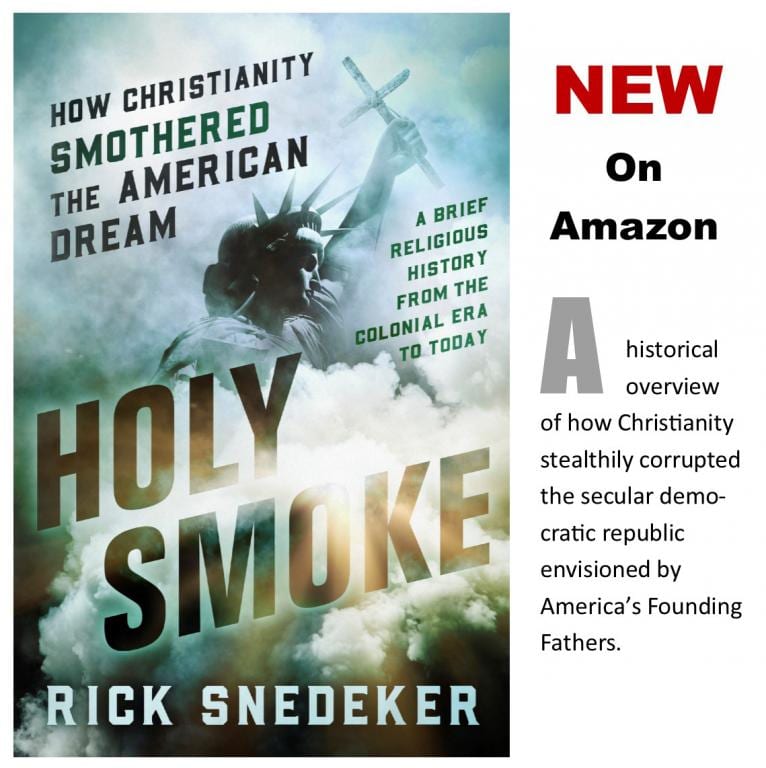 February 25, 2020 Trump says he loves ‘the uneducated.’ He loves to manipulate them.
Recent Comments
0 | Leave a Comment
Browse Our Archives
Follow Us!