Insisting Christian dogma is ‘true’ is like believing heroin is healthy

Religious doctrines do not represent “truth,” no matter how loudly and often apologists of faith insist they do. 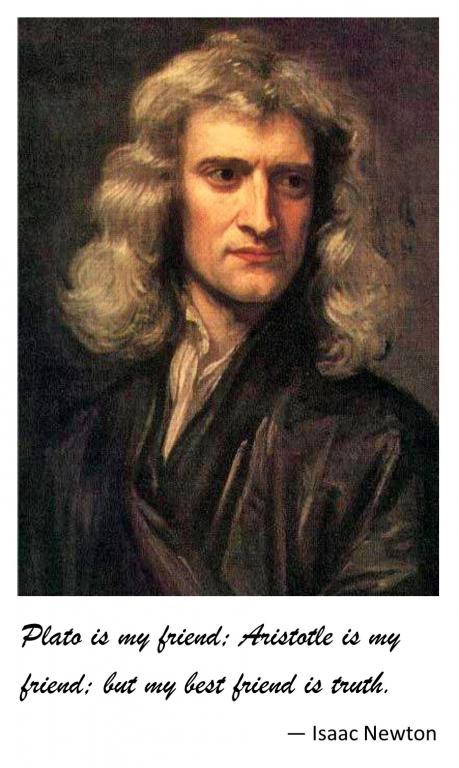 I’ll discuss a recent example of such fact-free apologetics further down in this post. But in the meantime let me explain how faith is not truth

The patently preposterous idea that a man named Jesus was also God and arose bodily and consciously into Heaven after he died is, for instance, no more true than, as some faiths purport, ghostly spirits of deceased people wander the Earth after their deaths and interact with the living.

These ideas are untethered to material existence except as imaginary experiences of human brains. In other words, they are not true in the sense that sensible, testable gravity is true. Religious ideas, therefore, do not represent fundamental “knowledge,” in that the source of such knowledge must be materially accessible and verifiable in reality. Otherwise it’s just invention.

So religion represents a lesser kind of understanding, a repository and popularizer of information regarding what people have claimed about something, not direct knowledge of the essential, detectable nature of that something (which is what constitutes elemental knowledge).

With this in mind, I instinctively cringe every time I hear a religious aphorism like this famous passage in John 14:6 in the King James version of the Bible:

“Jesus saith unto him, I am the way, the truth, and the life: no man cometh unto the Father, but by me.”

If Jesus were not God and Father simultaneously, as reason shouts he was (is) not, this statement is complete jibberish. It might only make sense if that stipulation were true. But just the belief that it is true, without irrefutable corroborating evidence, does not make it so. In fact, from what we do know, or can tentatively ever know, about this historically renowned person is that he was just a man — a man to whom people long after he died started ascribing divine realities.

So, the only “knowledge” we have about Jesus is from what people after his death wrote about what they believed about him, which is knowledge of speculation about him, not knowledge of his physical existence and true nature. Today, no concrete evidence otherwise exists that proves he is anything more than a myth — an almost universally captivating one, to be sure, but an ancient story whose godly bona fides are entirely unsubstantiated nonetheless.

That ancient books still read today proclaim his divinity and supposed events in his life, and that literally billions of people worldwide worship the idea of him as the divine savior of the world, does not prove he even existed. It is all about believing he did and that he was divine — and that the beliefs themselves are unassailable proxies for factual knowledge.

They aren’t. They’re pure imaginings, with only a literal tissue of actuality to substantiate them — the pages of a book of dubious anecdotes deemed holy by the faithful.

So, when the faithful refer to Jesus as “the truth,” I cringe.

As I did when I read a Feb. 17 post in the Patheos evangelical hub blog Eidos by John Mark N. Reynolds, titled “Universal Education: the Light Knows No True Barriers.”

The gist of Reynolds article is that because Christian doctrine is “knowledge,” it should be part of the core curricula taught in all schools, including universities. In fact, if any fantasies are taught, such as those espoused by supernatural religions, they should be flagged as fantasies, not empirical knowledge. Reynolds summarized his chillingly wrongheaded opinion in his post:

“A University, I should lay down, by its very name professes to teach universal knowledge: Theology is surely a branch of knowledge: how then is it possible for it to profess all branches of knowledge, and yet to exclude from the subjects of its teaching one which, to say the least, is as important and as large as any of them? I do not see that either premiss of this argument is open to exception. This education that includes all truth must be part of the life of every person. The family is one of the first educators. The father and mother give the first lessons in virtue and truth. They should, as much as they can, choose education that begins in virtue.

Once again, forgetting for a moment the false assumption that faith dogma is “truth,” he also proclaims another dubious assumption that has gained some traction in American government of late: that Christian faith is the only path to virtue. Even U.S. Attorney General Bill Barr has fulsomely promoted such extremist Judeo-Christian nonsense in his recent official speeches.

In fact, there is zero reason to believe that Christian believers are any more virtuous than, say, hard-core atheists. In fact, there’s lot of evidence to support the virtuosness of humanist nonbelievers, who “religiously” follow a life philosophy (much informed by the Golden Rule) that is very similar to Christian social principles — but without the supernatural fantasies or threat of divine damnation.

“Goodness and truth are the standards for what is included [in educational curricula], not the source,” Reynolds wrote in his blog post. “Education cannot ignore truth just because it is ‘theological’ and not ‘scientific,’ or due to a ‘pagan’ or ‘Christian’ source!”

Of course it can — and should.

This is not to say that some aspects of faith germain to a broad education should not be taught in schools and universities, like the history of Christianity in Western Civilization. The effects of faith are germain to education, the truths that can be factually confirmed in reality, not the insistence of believers that the very apparent fantasies they embrace are actually true.

The latter is not “truth” but religious propaganda. 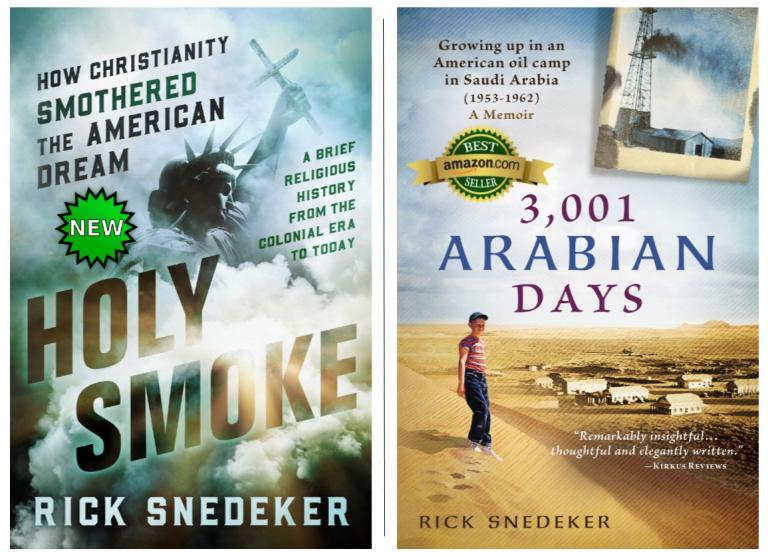 Both books available on Amazon, here, or by Googling “Rick Snedeker Amazon”

February 29, 2020 Praying on epidemics, or anything else, won’t solve the real problem
Recent Comments
0 | Leave a Comment
Browse Our Archives
Follow Us!