“The visual impact of a structure like this is just crazy. It’s astounding. I’m really, really excited! I don’t want to be, but I am.”

That was the mixed reaction of former Christian creationist David MacMillan when he first saw the 510-foot-long ship representing Noah’s biblical ark at the opening in 2016 of Williamstown, Kentucky’s controversial Ark Encounter creationist theme park.

MacMillan’s reaction is presented in a new PBS (Public Broadcasting Service) documentary on the Ark Encounter project — “We Believe in Dinosaurs” — which premiered on Feb. 17 (view trailer above). The measured, even-handed film (1 hour, 24 minutes long) is available for free viewing on PBS television and online (to watch online, click here or on the film title in this paragraph).

At the park’s opening, MacMillan’s conundrum was the dissonance of his visceral reaction to the majesty of the purported replica of the biblical ark looming over his newfound belief that the Bible story was scientifically untenable. For example, the geological evidence doesn’t square with such a flood, and material confirmation is unavailable that the ark existed at all.

It’s not easy to leave the creationist bubble, said MacMillan, a native Kentuckian who studied law in Washington, D.C., after the Ark Encounter opened.

“[Creationist] ideas are very deeply embedded,” he told the interviewer in the documentary. “You hear them over and over again, that the Bible has to be history. If you go [against] them, if you believe in evolution, you’re hurting the gospel. You’re making it hard for people to get saved. The next thing you know you’re going to be a raving atheist feminist Communist, and then you’re just gonna give up everything. I’ve had a lot of people tell me, ‘You’re attacking God.’ … ‘You hate God’ … ‘You are out to take people away from God,’ and I wasn’t.”

It was disorienting, he said, thinking at the time: “What, am I still a Christian here? What do I do?” He began writing a blog to explain his deconversion from the creationist doctrines of Christianity and found creationists “very, very hostile” to his explanations. But the abiding ignorance pushed him forward. In fact, he said, he was still a devout Christian.

“There are a lot of gaps in the average person’s understanding of science, and so creationism comes in and fills those gaps with things that aren’t quite right,” MacMillan said in the film. “…That’s why, you know, as a creationist I thought that I knew way more science than the average person because I had so much more information. I had the gaps filled in but I just had them filled in with the wrong ideas.”

Besides MacMillan’s fascinating interior struggle between modern knowledge and reality and the proclamations in the Bible’s Book of Genesis, the documentary tells a cautionary tale of how a well-funded religious endeavor can corrupt temporal political authority and breach the necessary separations of church and state.

The $150 million Ark Encounter project ultimately was granted a variety of publicly financed perks, the film revealed, including access to $18 million in Kentucky state tax incentives for new businesses; $175,000 for Answers in Genesis, the project’s parent entity; and $62 million in unsecured bonds to help pay for construction of the park, with its property taxes used to pay off the bonds. Even park employees were required to pay 2 percent of their earnings — for 30 years — toward retiring the project’s debt.

And in a moment of political clarity, the state decided against providing the project with tax incentives, but park founder Ken Ham sued the state to get the incentives — and ultimately won in court.

The state was initially correct, considering that, as one park official said in the film, “the whole point of this park is to teach people that these biblical events were real history in real time that actually happened.” That’s a wholly religious thrust, and the state is a wholly government entity, and constitutionally, never the twain should meet.

This point is driven home when you watch Ham in the film telling hundreds of kids how to argue against nonbelievers in creationism and an only 6,000-year-old Earth. “Ask them,” he said, “were you there?”

Willliamstown native Dan Phelps, a geologist and president of Kentucky Paleontological Society, said creationist thinking has long been endemic in the once-thriving and idyllic town that has fallen on hard times. When he was in high school and became interested in fossils and evolution, his teachers had no interest in it.

“We had plenty of time [in class] to talk about the coach’s track victories and the track team, [but] we didn’t have time to talk about evolution in biology class,” Phelps said in the film.

In college, Phelps said he learned to trust in reality through science.

“Sometimes you just don’t know. That’s the strength of science, though. We don’t say that we know it and then refuse to change our answer,” he said in the film. “In science it’s alright to say, ‘I don’t know, might never know.’ You might think you know and might be wrong, but you can change your mind based on the evidence not because of some sort of religious dogma.”

But cutting through the dogma in conservative Christians’ minds is a daunting task. In years of mostly fruitless activism against taxes going to a Christian theme park, Phelps is left with satisfaction that at least he tried. In another failure, Jim Helton, president of Kentucky atheist organization Tristate Freethinkers was unable to find a single billboard company that would put up this sign criticizing Ark Encounter: “Genocide and Incest Park: Celebrating 2000 years of myths.”

The “incest” referred first to Adam and Eve originally populating the Earth, and then Noah’s family members repopulating humanity after the flood. The “genocide” was God’s destruction of every living thing in the flood.

Even the town’s more reasonable voices can’t seem to accept the idea that, at heart, their faith may be fanciful at best. As the pastor of Broadway Baptist Church said in the documentary:

“I believe the Bible is true in what it says in Genesis, principally communicating the idea that God created this world, and I believe this. I believe that God has a purpose and a will for this creation. That having been said, science informs how I understand what that creation is and how this planet functions, and there have been hundreds and thousands of years of progress in human thought since that time to help us better understand the world that God has made. And I welcome that aid in understanding God’s world.”

I find that conclusion even more disturbing in that it means even people who accept the material truths of evolution might not see how that destroys their core assumptions.

But the most disturbing passage in the film came from molecular geneticist Georgia Purdam, Ph.D., of the nearby Ark Encounter-linked Creation Museum.

But the good Ph.D. pulled the usual Christian Kings X, by just stipulating it must be all true because it’s “the Word of God.” And because it’s true, science must confirm it.

Absolutely watch this film. But don’t expect to be hopeful afterward. 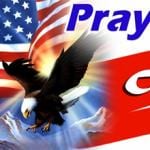 March 14, 2020
‘In God We Trust’ signs in schools only the tip of Project Blitz iceberg
Next Post 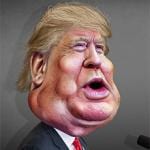 March 16, 2020 Pew: U.S. evangelicals just don’t care if Trump is a heathen sinner
Recent Comments
0 | Leave a Comment
Browse Our Archives
get the latest from
Godzooks: The Faith in Facts Blog
Sign up for our newsletter
POPULAR AT PATHEOS Nonreligious
1