U.S. Attorney General Bill Barr is at it again — this time promoting a Christian theocracy in America, a government ruled by what he likes to loftily refer to as “the Judeo-Christian tradition” but which is actually just the Bible.

I dare you to read this transcript of Barr’s Feb. 26 speech in Nashville, Tennessee, at the 2020 National Religious Broadcasters (NRB) Convention and not be simultaneously horrified and fearful for the nation’s future. (Watch a video of the sermon-like speech above)

Note that this was an official U.S. government-endorsed speech by the head of its Justice Department speaking in his formal, governmental capacity, not a private lecture delivered by a private citizen randomly exercising his First Amendment free-speech rights.

I should also point out that the speech transcript is posted on the official U.S. Department of Justice website.

So, what Barr was doing at the NRB confab was officially promoting, on behalf of the U.S. government, not only religion but creation of a theocratic Christian government to ensure the nation followed the Christian God’s commands.

Keep in mind that that’s exactly what, also with the First Amendment, the Founding Fathers passionately, emphatically tried to prohibit: the federal government officially endorsing anything religious or privileging any particular religion over others.

Barr began his recent speech with this lie:

“We live at a time when religion – long an essential pillar of our society – is being driven from the public square.”

In fact, activists who support church-state separation are trying to drive religion not from American public life (which “public square” refers to) but from the publicly funded public square — and from government, which is also publicly funded by taxes.

That’s what church-state separation means: keeping America’s publicly financed institutions and activities free from religious encroachments and influence. People are free, as they’ve always been, to do what they legally will in private (not publicly funded) spaces. For instance, kids can pray at school, but teachers and staff paid by tax dollars cannot promote praying there.

Of course, because Christian Right folks who want to get as much religion into every American space — publicly funded or not — this is a work in progress as evangelical assaults on church-state separation continue to pepper the courts.

Barr’s intellectual speech to the NRB was basically a conservative blueprint to return the nation to its supposed Judeo-Christian roots and to universal obeisance to the supernatural Christian God.

“Experience teaches that, to be strong enough to control willful human beings, moral values must be based on authority independent of man’s will. In other words, they must flow from a transcendent Supreme Being. Men are far likelier to obey rules that come from God than to abide by the abstract outcome of an ad hoc utilitarian calculus,” he said in his NRB speech, proving that a humanist he’s not.

More down to earth, he characterizes America’s current wide political divide as a conflict between those who want to limit the federal government and enhance “personal liberty” and states’ rights, and those who seek “a form of totalitarian democracy, which seeks to submerge the individual in a collectivist agenda … in favor of elite conceptions about what best serves the collective.”

Notice the Communist buzz words — “totalitarian” and “collectivist” — which seem to imply some sort of Stalin-style Communist state apparatus.

But what Barr’s speech was all about, if you boil down the big words and high-falutin’ phraseology, is Christians don’t want anyone telling them they can’t do whatever they believe their religion allows in any American space whatsoever. For example, even if abortion and birth control are completely legal throughout the U.S. (as they are), Christians who are offended by such — say devout doctors, nurses and owners of companies and hospitals — can for reasons of faith refuse to be involved even peripherally in the provision or distribution of those services and products, even via company or hospital health-insurance plans.

This discriminates against non-Christians, nonbelievers and people for whom religion doesn’t even enter into it. But Christians, devotees of an omnipotent God, feel He gives them carte blanche to ignore temporal government and its laws, and to disenfranchise “others” for their own biases.

Barr believes the “wellspring” of American democracy, which gives Christians their dispensation to trample others’ human rights, is “Augustinian Christianity.” Note that its namesake, Catholic Church father St. Augustine (354-430 AD) believed, among other nonsense, that women were inferior to men and the root of most evil, particularly the sexual kind. He believed Eve seduced Adam in the Garden of Eden, which created sin in the world and condemned mankind to sinfulness forever.

Augustine also believed the soul appeared in an infant’s body after a bit more than a month and then, thinking better of it, doubled the time period. It was before science, I should point out. Anyway, he’s Barr’s main man.

“Each individual is a unique creation of God with a transcendent end and eternal life in the City of God.  We are created to love our Creator in this world and become united with him in eternity,” Barr said in his NCB speech. “As Augustine writes in his Confessions, ‘You have made us for yourself, O Lord, and our heart is restless until it rests in you.’”

Well, I don’t know about you, but my heart is not “restless until it rests with” the Lord, and I would greatly fear the kind of government that Barr proposes where that belief would undergird public policy.

So you understand exactly where he’s coming from on this, read what he said next:

“Man is stubbornly imperfect and prone to prey upon his fellow man. Unless there is a temporal authority capable of restraining the wicked — an authority with power here on earth — the wicked  men would overwhelm the good ones and there could be no peace.”

He explained that the purpose of government was exclusively to “keep the peace,” by trusting in “common virtues, customs, and institutions that were refined over long periods of time … [to put its faith] in the accumulated wisdom of the ages” rather than “revolutionary innovations.”

What he means is that government’s sole role should be to keep the peace by accommodating Christian doctrine in all its actions because those doctrines are ancient in Western civilization and thus still the best and only reasonable moral rules to govern by.

In a word, theocracy.

He should read up on humanism, which is also pretty old, and Scandinavian-style secular democracy. Those Danes, Swedes, Finns and Norwegians are a kindly, peaceful, happy lot.

He prescribes “tearing down those artifices” of secularism and “restore human society to its natural condition. He views secularism as “revolutionary,” when, in fact, its been only evolutionary — a reflection of naturally progressing human societies.

He describes secular governments as “totalitarian” because they question the continuing usefulness of superstitious religious assumptions in organizing and governing societies.

Yet, and this is the rub, he prescribes religious totalitarianism as the cure.

Read his speech. I can’t do justice here to its terrifying reverence for imagined theocratic glories of the past.

Glories that included burning people to death — thousands upon thousands of innocent “heretics” — for doubting the consensus religious fantasies of their day.

Both books available on Amazon, here, or by Googling “Rick Snedeker Amazon” 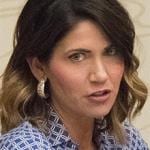 March 1, 2020
Is your state sneaking Christianity into laws? This tool will find out.
Next Post 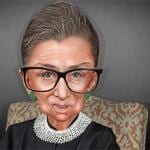 March 3, 2020 U.S. evangelicals are on a roll, yet none sit on the Supreme Court
Recent Comments
0 | Leave a Comment
Browse Our Archives
get the latest from
Nonreligious
Sign up for our newsletter
POPULAR AT PATHEOS Nonreligious
1