Why do the faithful fear coronavirus? Can’t their God protect them?

Why do the faithful fear coronavirus? Can’t their God protect them? March 11, 2020 Rick Snedeker

I know “God helps those who help themselves,” as I was taught those so many years ago in catechism class, but it still strikes me as ironic that, as the coronavirus spreads worldwide like ripples in a pond, worshippers are protecting themselves from it even while worshipping.

I should think that if you really believe in God, you would also believe He (sorry, I capitalize it out of habit) could easily take care of that, right?

“When Episcopal congregants receive Holy Communion this weekend many of them may choose not to dip the consecrated bread into the single, shared chalice,” stated a CNN online report March 8. “Some Catholic churches simply won’t be using the cup during communion. And when worshippers of both traditions exchange the sign of peace, they’ll wave or bump elbows instead of the typical handshakes or hugs.”

That’s because Christian congregation leaders, like leaders of virtually all organizations in the U.S., as elsewhere, are urging their constituents to take care to avoid a virus everyone is very skittish and insecure about. Even President Trump can’t seem to know what to make of it, except that it must be “perfect.”

The protective behaviors noted above are among a much longer list of precautions that church leaders are recommending for their clergy and flocks to help blunt the spread of the coronavirus microbe. For example, the Episcopal Diocese of Chicago and the Roman Catholic Archdiocese of Chicago have issued comprehensive guidelines to clergy, priests and other congregation leaders.

And it’s not just Christians that are spooked.

“[A]s coronavirus continues to spread around the world, religious leaders across several faith traditions are modifying practices and adjusting services,” the CNN report noted. “Churches are offering mass online and on TV. Synagogues may stream readings of the Scroll of Esther for Purim. Muslim pilgrimages of Umrah [to Saudi Arabia] are temporarily suspended.”

The CNN article provided an overview of how various faiths are being defensively proactive against the disease. Here’s a few tactics:

Of course, it makes complete common sense materially to protect oneself from a potentially deadly and infectious disease. Less so supernaturally.

If I were to worship an omnipotent, omnibenevolent deity, I would just assume He (again, my apology for the capitalization) would have my back in easily neutralizing if not destroying outright such a threat, as opposed to the near-apocalyptic “Spanish Flu” of 1918-19. For more information on how faiths were affected by that devastating pandemic, which killed 50 million globally and 675,000 in the U.S., read this blog post by Chris Gehrz, here.

Which is one of many reasons I don’t worship such a purported being.

But I wish health and longevity — and immunity to coronavirus — for those who do. 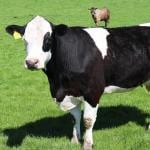 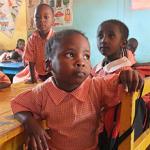 Nonreligious
Fewer births and sagging religiosity are not destroying...
Godzooks: The Faith in Facts Blog
TRENDING AT PATHEOS Nonreligious