A new Pew Research Center study reveals that a lot of Americans, especially of the white-evangelical-Protestant-Republican variety, are a little (or a lot) dim or apathetic about “religion” and “morality.”

For example, the survey showed that 44 percent of all Americans aren’t exactly sure what religion President Donald Trump is, if any, while fully 60 percent of Christians who lean Republican aren’t. Although the president identifies as Presbyterian (a Protestant denomination), the survey indicates only a third of Americans think he is Protestant, and 8 percent guessed Catholic. Another 16 percent believe Trump is an atheist or “none” (identifying with no particular faith), which is probably the true “correct” answer, considering his flagrantly amoral and irreligious public behavior.

Unsurprisingly, then, survey respondents also indicated not only that they didn’t much care what religion the president ascribes to, or even if he is religious at all. A scant 20 percent of U.S. adults say it’s “very important” that a president holds “strong religious beliefs,” according to survey data. However, the survey also shows that more than 60 percent of the populace feels it’s “very important” that their president “personally lives a moral and ethical life.”

Of course, as all atheists know, it’s entirely possible — even probable — to live a moral and ethical life without religion. But I’m pretty sure evangelical Christians don’t share that assumption. Rather, as the Pew data suggests, they apparently just don’t care much about any of that, only that Trump’s policies further their agendas.

These survey data points sharply illustrate the paradox that informs the evangelical enthrallment with Donald Trump. Mostly Protestant evangelical Republicans, who have long prided themselves as the standard-bearers of American morality and family values (and, presumably, still do), fervently voted for Trump in 2016 and enthusiastically say they will again in this year’s presidential election.

The paradox is that, by any objective measure, Donald Trump is very arguably the least religious or moral American president (by far) in modern times — and possibly ever. In his recent post on the Pew survey, The Friendly Atheist blogger Hemant Mehta wrote:

“Plenty of white evangelicals have shifted from demanding the president be sufficiently Christian … to saying the president doesn’t need to be Christian at all as long as he does whatever conservative Christians want (which Donald Trump is happy to do in order to remain in power). They’ll eagerly dismiss pussy-grabbing, hush money payments, affairs, putting kids in cages, hurting the poor, nepotism, grifting, and gross incompetence in exchange for all the federal judges they can swallow.”

What this all seems to imply is that faith, morality and personal ethics — the supposed “heart and soul” of Christianity — are, in fact, now irrelevant to the political goals of U.S. evangelicals in thrall to a president many of them actually believe God purposely sent to save America.

This dichotomy is underscored by other data in the Pew survey, including that barely 15 percent of white evangelicals said the term “morally upstanding” describes the president very well and that 23 percent thought “honest” was a fair descriptor of him.

The view of the president by non-evangelicals is far worse, which may bode ill for his re-election in November.

“Compared with white evangelical Protestants, the U.S. public as a whole is far less apt to praise the way Donald Trump conducts himself, or to describe him as even somewhat religious, honest or morally upstanding,” Pew noted in its survey report.

Nonetheless, U.S. Christians — evangelical or otherwise — increasingly believe Christian faith is “winning” the American culture war against secularism. According to the Pew report:

But the truth is that religious faith — Christian or not — has clearly been declining overall for decades in America, as it has in Western Europe. And it continues to decline, no matter what religio-political wars rage around us.

Still, in politics as in religion, what is true often can be far less consequential than what is believed, even falsely.

“Fake news” often rules, as it were.

But eventually the truth always outs. 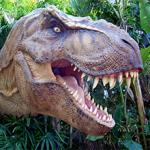 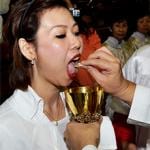